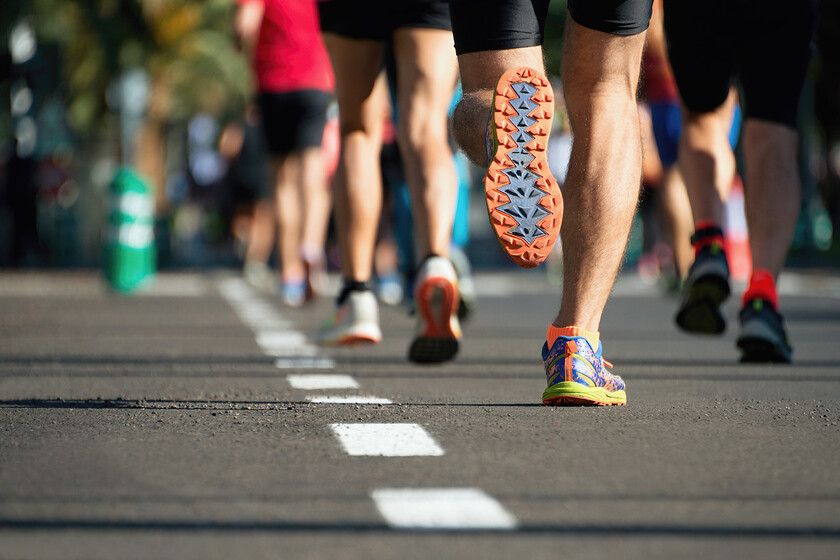 The long distance racesBesides being very famous They are characterized by being a very demanding sport., since it is a sports practice in which there is great intensity and volume, both when training and in the race itself.

Being a very intense and long-lasting practice, muscle glycogen depletes quickly, generating early fatigue, so it is advisable to always carry, during races, foods that provide us with immediate energy.

What to eat before a race?

What to eat before and during a race, we must bear in mind that we must know and have planned it at least a week before, since it is normal to have digestive problems by including new foods and that the whole race goes to hell.

Carry out a carbohydrate load 2 or 3 days before, with a consumption of between 6 and 10 g/kg, based on rice, potato, pasta, sweet potato, etc., we consider it a good option for, when the day of the race arrives, to have full glycogen stores and to be able to perform correctly

As we have mentioned before, it is not enough just to have the tanks completely full, since fatigue will end up appearing sooner or later, so, to continue maintaining the level and intensity, it is necessary to bring foods high in sugars and that are digestible. fast.

What to eat during the race?

The most important thing is that during the race we do not have to be chewing and digesting food or, at least, not much, since we will spend a lot of energy, we will stress ourselves chewing and if it is difficult to digest, it will take a long time to obtain energy and fatigue will arrive sooner than we would like.

Next, we leave you the five best foods to consume during a race

It is very important that dates be pitted to avoid choking or problems with the teeth when chewing.

This food is very good for races as they are very easy to chew, and are also very quickly digested. Although they have some fiber, the high amount of sugars they have, are quickly transported to the blood.

Dehydrated fruit is that fruit that has removed most of the water, so the density of sugars is much higher.

Although it is true that they also have some fiber, this type of fruit is digested quite quickly. But as we have mentioned before, the choice of these foods does not have to be selected the day before, but rather they have to be tested with trial and error.

Like dates and dehydrated fruit, although they are foods that necessarily have to be chewed, they also They are very easy to chew and very fast to digest.

It is also important that they are low in fiber to avoid delaying gastric emptying.

Sports gels are rich in fast-absorbing carbohydrates. What’s more some of these gels have caffeine, which is an exciter of the central nervous system, causing fatigue to be delayed even more and even giving us extra energy to reach the goal.

In addition to carbohydrates, it is very important to hydrate properly. When a lot of sweating is generated, drinking water is not enough, so include electrolytes such as sodium, potassium, chlorine, etc. and 40-50 g of sugar per liter of water, will allow you to express your potential.

In Vitónica | Running beginners: all the keys to improve your running technique and 11 exercises that will help you achieve it

In Vitónica | When and how to work on running technique