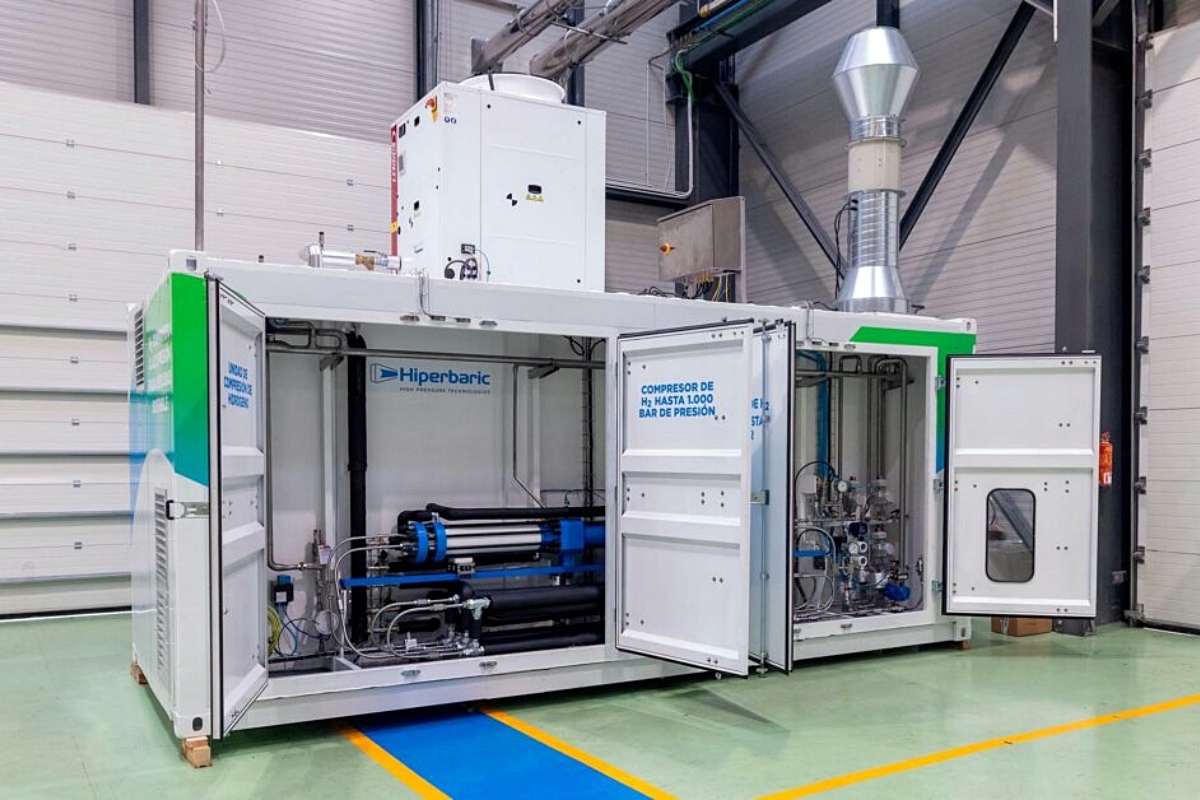 Hiperbaric has presented to society the first Spanish compressor capable of compressing hydrogen at high pressure for its transport and use in sustainable mobility. This technology will be used in the future network of hydroelectric plants in our country.

The Burgos company Hiperbaric has reached a technological milestone in Spain by making the first high-pressure hydrogen compressor a reality. In this way, the manufacture of a device that has already been delivered to the Puertollano National Hydrogen Center.

We are talking about a hydrogen compression technology necessary for recharging hydrogen fuel cell electric vehicles in the future network of hydrogen plants that aspires to be installed in Spanish territory.

Hiperbaric, until now focused on high pressure technology for food and beverages, has supplied the first compressor capable of filling hydrogen storage tanks up to 1000 bar pressureintended for the supply of said gas for fuel cell vehicles.

The Puertollano hydrogen station will have a capacity of 260kg supply. of hydrogen per daywhich translates into the possibility of supplying more than 100 passenger vehicles in 24 hours, with a purity greater than 99%.

For Andrés Hernando, CEO of Hiperbaric, “this advanced technology will further promote the viability of green hydrogen as a valid energy source for day to day by reducing the refueling process in time and facilities for users».

«This industrial technological development will allow Hiperbaric to be prepared to meet the strong demand for supply in the coming years of compressors with similar characteristics for the installation in Spain and other countries of a wide network of hydrogen stations, that allow the circulation of fuel cell vehicles»concludes the statement.

Why is compression of hydrogen necessary?

Hydrogen (H2) is a gas widely used at low pressure as a fuel and as a raw material in chemical industries for decades and comes mostly from fossil fuels.

However, it can also be obtained from different renewable natural resources such as solar or wind energy. If it is obtained from these clean sources, without contaminating the environment or releasing carbon dioxide (CO₂), it is called Renewable or Green Hydrogen.

In the current situation of searching for alternative sources to the use of fossil fuels in mobility, hydrogen is positioned as an energy vector to curb climate change. However, its use presents some storage challenges.

Hydrogen has a very low density (about 13 times lower than that of air) and at room temperature it occupies a large volume, making it difficult to store. For it, the cheapest way to densify this gas is to compress it to very high pressures (between 350 and 900 bars) for storage, prior to use.