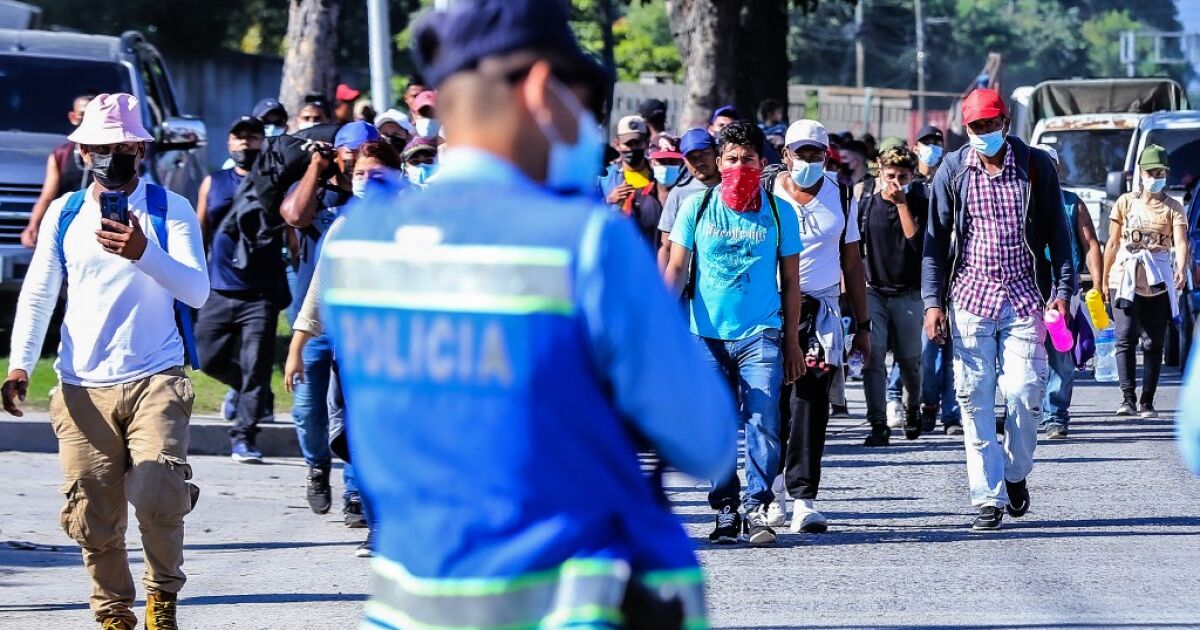 “We are going practically without resources, to the Guatemalan government, if you are seeing it, please let us pass, we do not want to be in the way in any of those countries, we want to continue our walk,” he told AFP.

The crisis in Nicaragua, which began in 2018 after the violent repression of a wave of anti-government protests, has forced tens of thousands to seek a better future abroad. In 2021, Costa Rica received a record 53,000 refugee claims from Nicaraguans. Last year, the United States and Mexico reported record numbers of migrants.

For its part, in Honduras, poverty increased to reach 62% of the population, according to official figures, after the economy suffered a recession in 2020 boosted by the coronavirus pandemic and two powerful hurricanes.

A 17-year-old boy who identified himself as Daniel, originally from Villanueva, 10 km from San Pedro Sula, told journalists that he emigrated due to “basically economic necessity.”

You have to “seek a better future, too difficult here, there is no good education and there is no support from the government to be able to study,” he lamented.

Leftist Xiomara Castro, who will assume the Honduran presidency at the end of January, has promised to create jobs, support microenterprises and attract investment to discourage migration, aggravated by widespread public corruption.