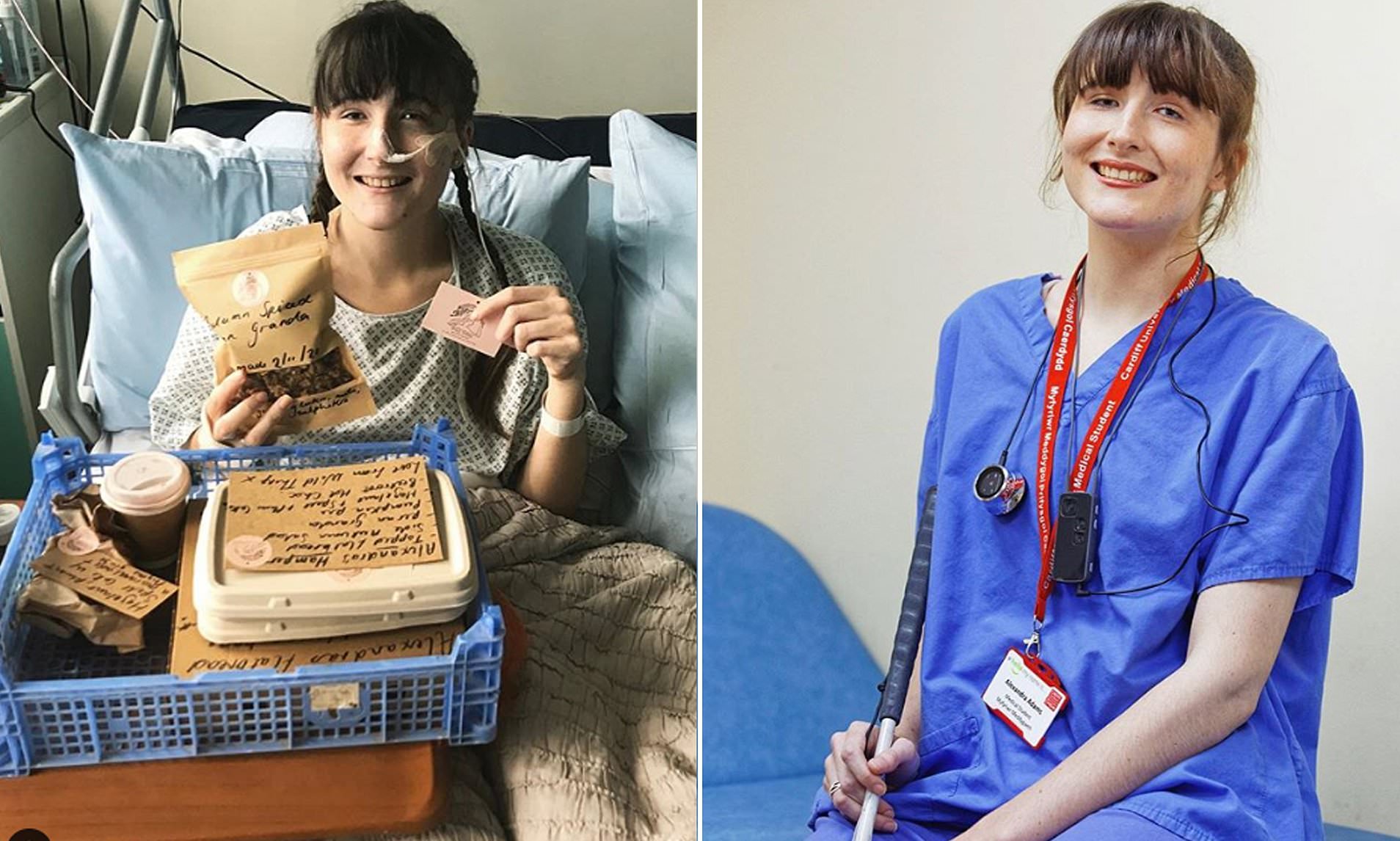 Alexandra Adams at 25 is about to become the first deafblind female doctor in the British healthcare system. This woman who skis and does not set limits has had to overcome the distrust that her disability caused in those around her.

The young woman in the five years of her career has already overcome more obstacles than most of her fellow students in their lives.

Adams is deafblind, from birth, at birth she saw 5% of one of her eyes and shortly after nothing, so her ability to access to information is less than that of those who graduate with it. However, she has never contemplated feeling inferior and although many doubted, she Alexandra Adams also skis.

Well-intentioned people used to tell him that he couldn’t ski. blind people cannotthey told her, and blind and deaf people certainly can’t, said the woman who is participating in an event for diversity in the field of British public health.

However, through “sheer stubbornness”, as she says she was able to triumph over disability and “couldn’t see where the ice blocks or rocks were, but I ended up training with the British Paralympic team. “I had a guide up front and we communicated through Bluetooth headsets connected to my hearing aids..

Now, the woman faces a tougher competition in which it is not her life that may be in danger, but that of others, her patients. The fourth-year medical student on her way to becoming the UK’s first deaf-blind female doctor he knows that the simple mention of his disability can already alarm more than one.

Read:  What is dogmatism and what are its characteristics?

The prejudices of a deafblind doctor

He remembers in the first year of his degree they had a meeting to see how they were dealing with his disability and at that moment he was painfully aware that everyone present was aware of his cane. Or the warnings made with the best intentions: “This table has quite sharp corners, be careful.” And he clarifies- ‘I didn’t say anything because, you never know, maybe they were trying to help me’.

‘Then, however, I ran downstairs without my cane and ended up walking past the exit door. They were all watching. One said: “How do you expect to be a doctor if you can’t find a door handle? “.

“Of course, many do not understand how someone who is deaf and blind can be a doctor, but I would like to change that,” says this young woman, who has endless anecdotes to tell about her experience.

“In medical school, people have been more receptive,” she says, although older doctors have been quite dismissive. I have been mistaken for a patient, just because I am carrying a cane.”

‘On my first day on the wards, I was warned not to touch a patient and was sent home. In my third year, a senior doctor asked me, “Would you like to be treated by a disabled doctor?” And they called me an invalid! People hear a “deaf/blind doctor” say and think: “he is going to kill me”. I’m not going to kill anyone I’M GOING TO CURE!

CardioVerse: Cardiovascular Medicine in the Age of the Metaverse

UNAM responds to AMLO: Ministry of Health ordered the student to stay at home