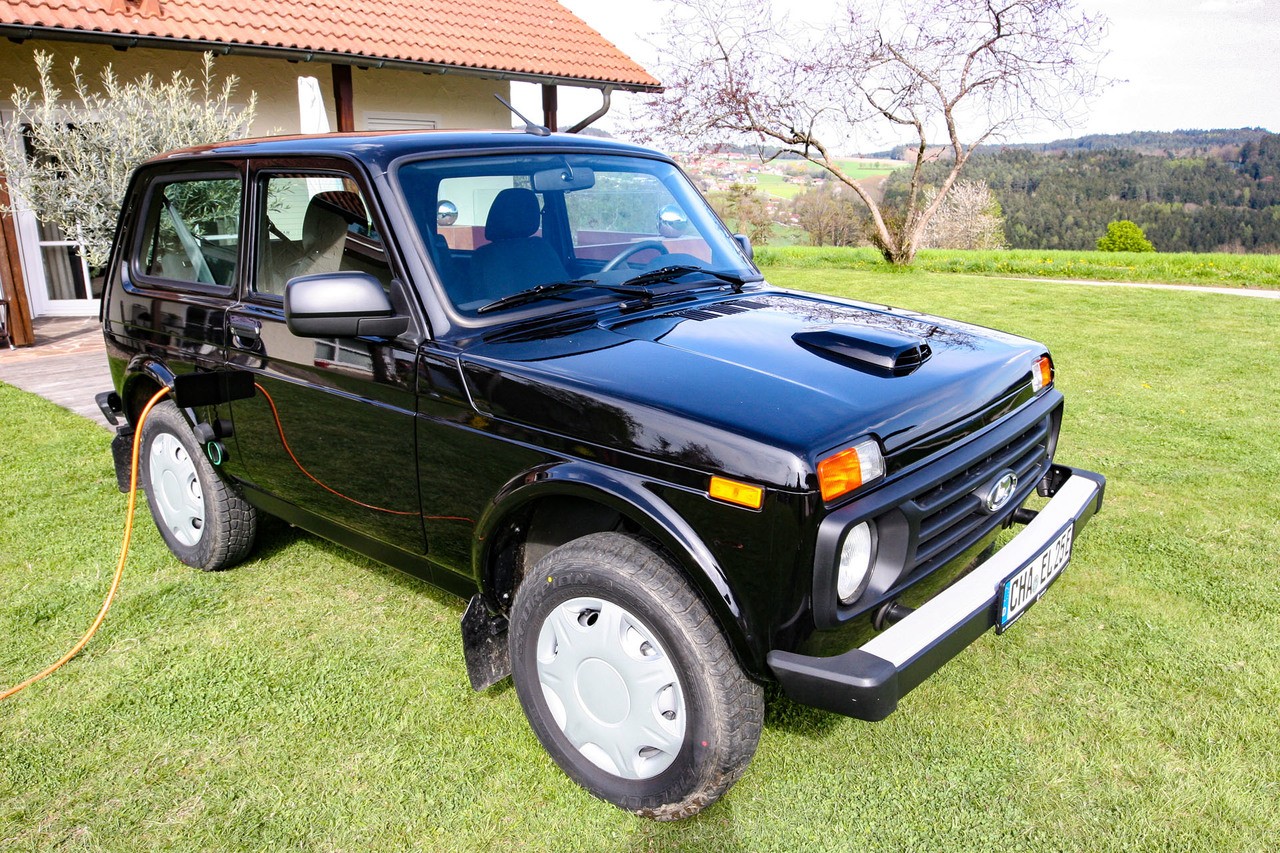 A German company has unveiled a surprisingly inexpensive electric conversion kit that transforms the rugged classic Lada Niva 4×4 into a battery-powered all-rounder. The company offers the option of purchasing the brand new model or converting existing units for very little money.

Electric conversion kits are here to stay. We do not find a single market segment that has not already been touched by this nascent aftermarket industry. From vans like the Volkswagen T1 to collectible jewelry like the Jaguar E-Type, they have packages that make them efficient and quiet electric models, in some cases even developed by their own original manufacturers.

This new kit just presented by the German company Elantrie turns the iconic and non-combustible Lada Niva 4×4 into a modern 100% electric model, which not only completely dispenses with its old mechanical combustion assembly for release a more modern and efficient electrical scheme pure, but also the latter is even more powerful.

The new Elantrie kit replaces the old combustion engine with an electric motor that delivers 88 hp (87 hp), which represents 5 more horsepower than the latest version of the Niva 4×4, which has a 1.7-liter 4-cylinder gasoline engine with 83 hp and 129 Nm of maximum torque. This mechanical assembly is installed after the original transmission of the vehicle and therefore continues to have all-wheel drive, although we have not found a single data related to its manual gearbox, so we cannot confirm that it is still part of the On the whole, although we understand that the robust Russian model will continue to enjoy its legendary off-road capabilities.

The lithium battery pack is mounted in the same space that previously occupied the fuel tank and has a capacity of 30 kWh, which the company announces allow the off-roader to reach a maximum range of between 130 and 300 km, depending on how we use it. That the company has revealed such a wide interval is not bad news, on the contrary, it is appreciated that a manufacturer reveals the minimum autonomy of its electrical mechanical set, an example that should be followed by the rest of the manufacturers in the market, which are usually limited to announce your maximum rank.

What is really interesting about this new Elantrie pack is its price, as the company offers two very different possibilities. On the one hand we can acquire the completely new and brand-new vehicle already converted to electric for a price of € 19,900, and on the other we can opt only for the conversion kit, for those customers who already have a copy of the Lada Niva and whose price is only € 2,800. In any case, these are notably cheaper prices than the crossovers of a similar size that we can currently find on the market and that obviously lack the off-road skills that characterize the Russian model.