Bullfrag
Home Technology Automobiles The fight for the WEC title compresses after the 6 Hours of... 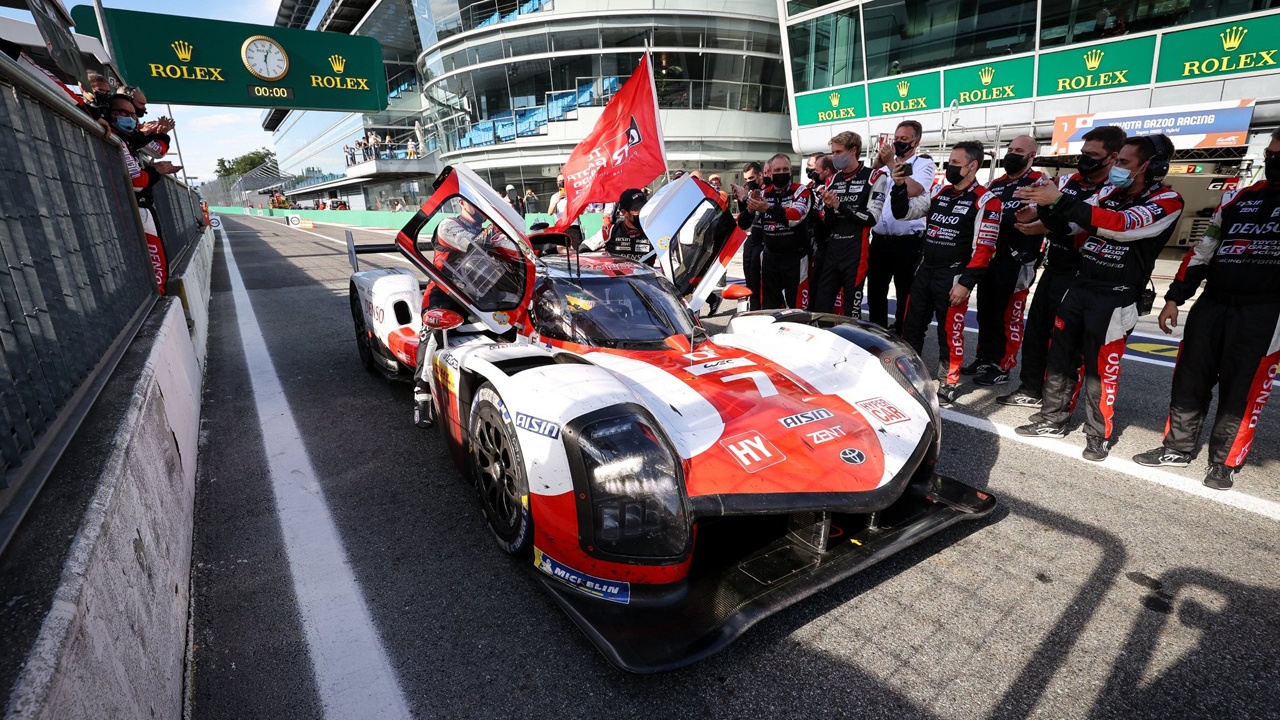 Facebook
Twitter
Pinterest
WhatsApp
The WEC 2021 campaign continues its course and the 6 Hours of Monza have tightened the fight for the title. Problems with the # 8 Toyota have weakened the leadership of its drivers, which draws a truly vibrant 24 Hours of Le Mans for twice the value of the French event. Sébastien Buemi, Kazuki Nakajima and Brendon Hartley will compete at La Sarthe as leaders after adding a total of 75 points in the first three races. Six points behind are Mike Conway, Kamui Kobayashi and José María ‘Pechito’ López, Toyota # 7 drivers. For its part, 60 units total Nico Lapierre, André Negrao and Matthieu Vaxivière, Alpine # 36 drivers.

Oreca # 22 achieved victory at Monza in the LMP2 category, a result that places Phil Hanson as the leader with 72 points being the only driver of the team to compete in the first three rounds of the championship. For its part, Anthony Davison, António Félix Da Costa and Roberto González occupy the second place of the general with 56 units. The pilots of Jota’s Oreca # 38 have three points more than Seam Gelael, Stoffel Vandoorne and Tom Blomqvist, drivers of the other LMP2 of the Jota Sport team. For their part, Esteban García and Norman Nato lead the general of the newly born Pro-Am category of the LMP2 class.

Looking at the GTEs, Porsche will start in an advantageous position at Le Mans, albeit with a really narrow margin. Following their victory at Monza in the # 92 Porsche, Kévin Estre and Neel Jani are leaders with 76 points, two more than the sum Alessandro Pier Guidi and James Calado. The two # 51 Ferrari drivers finished second at Monza ahead of the # 91 Porsche. A result that does not allow the drivers of the Stuttgart firm to achieve third place overall, still reserved for Daniel Serra and Miguel Molina, even if they were both fourth at the Italian racetrack.

READ:  Hamilton takes pole in Hungary and leaves Verstappen without revenge ... for now

Regarding the LMGTE-Am category, Antonio Fuoco, Giorgio Sernagiotto and Roberto Lacorte continue to lead the classification despite having a very difficult weekend in Monza. Although the drivers of Cetilar Racing’s Ferrari # 47 only added 1 point in the Italian round, Fuoco, Sernagiotto and Lacorte have 54 points. Yes indeed, two units behind were Alessio Rovera, François Perrodo and Nicklas Nielsen, drivers of the Ferrari # 83 of AF Corse after their triumph at Monza. For its part, Augusto Farfus, Marcos Gomes and Paul Dalla Lana are third with 44 points after getting on the podium with him Aston Martin # 98.

How can I see someone else’s best friends on HouseParty