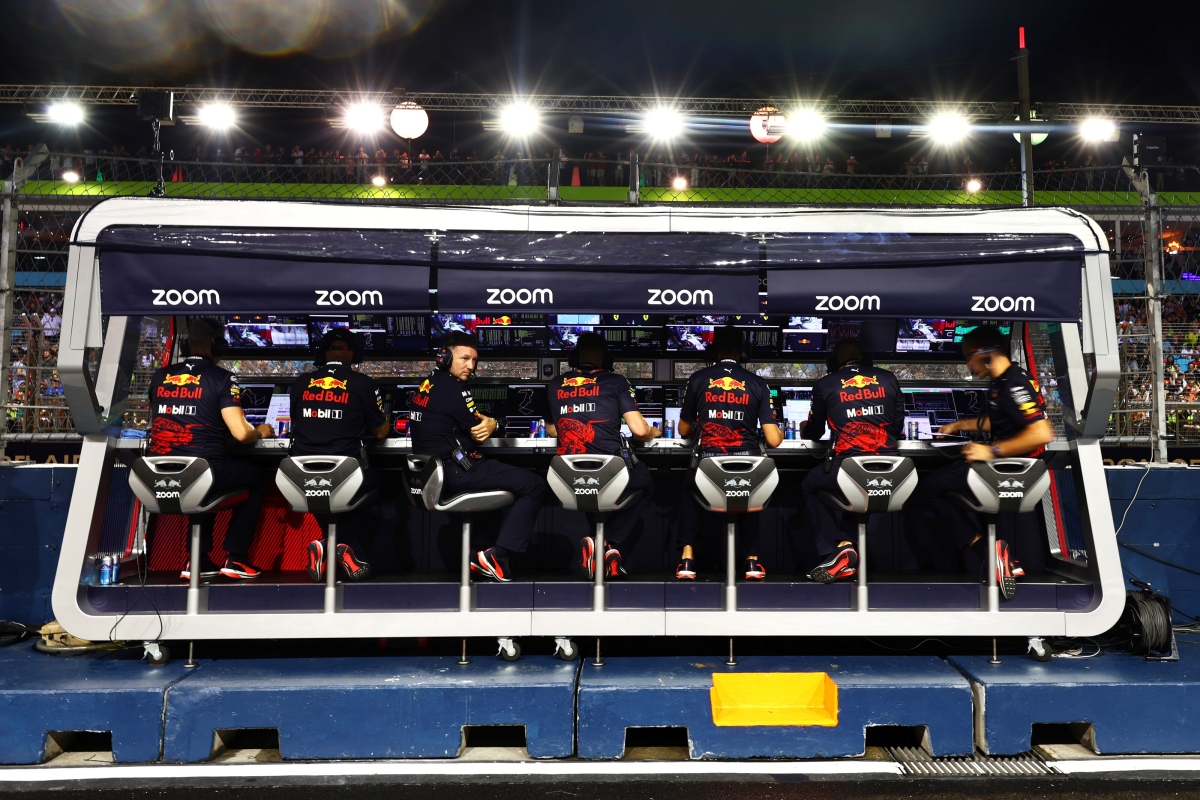 Red Bull’s budget cap violation has become the main topic of conversation in Austin, where this weekend’s United States Grand Prix takes place. This is the situation.

Once the FIA ​​confirmed that it considers the financial regulations breached by Red Bull, the reactions have not been long in coming and the general opinion is that the sanction must be exemplary to guarantee the future of a measure that was established in 2021.

Right now, the FIA ​​negotiates a solution with the Anglo-Austrian team, that if it accepts the proposal of the federative body, it will lose all its right to appeal the decision. Be that as it may, many in the paddock have already delivered a verdict: guilty. And, as a result of that, they hope that the first case of violation of the budget limit will serve as an example to the rest of the teams.

Index hide
1 Carlos Sainz asks the FIA ​​for clarity
1.1 Max Verstappen accepts the “hypocrisy” of Formula 1
2 Fernando Alonso… on his own

Several have been the pilots who have expressed their opinion on this matter, establishing two very defined sides: the rivals of Red Bull vs. Members of the Austrian brand.

Carlos Sainz recalls how much can be achieved with extra money and requests clarity from the FIA. “I think that all the teams and drivers what they want is clarity above all else.. We all know how much 1, 2, 3 or 4 million can do in the development and speed of cars. That is why, years ago, the first three spent 350 million and now we spend 145 million.

“I just hope that if there is a penalty, the penalty is relatively important.. It has to be fair game for everyone. The cost limit is there to be respected. I hope that the FIA ​​makes the right decisions to make sure that everyone follows it », he confirms.

Valtteri Bottas, a member of Mercedes in 2021 when Red Bull breached the budget cap, has been equally critical. “The rules are the rules. Personally, I hope it will be a strict and harsh sanction because it should not happen. It shouldn’t be any different with the sanction. Let’s hope it hurts them.”

“I was in the fight for the (construction) championship. Yes, we got it, but the pilots? We lost by a few points. A few million can make a big difference.”reaffirms.

How could it be otherwise, Lewis Hamilton has joined the criticism, warning that “if they relax with these rules, all the teams will just walk away from them. Spending millions more and only getting a slap on the wrist is not going to be good for the sport. It is better that they do not have a cost limit in the future.”

Hamilton’s speech also includes his vote of confidence in the FIA ​​president. “I think Mohammed (ben Sulayem) and his team will make the right decisions, I have to believe that.. I want to give them the benefit of the doubt. What Red Bull has done, is done.”

On the opposite side are the Red Bull drivers, with the already two-time world champion trying to stay out of the way as much as possible. “I think we were very clear on what was right, so it’s still ongoing. But It’s not my job, it’s a matter between the team and the FIA.”.

However, Verstappen knows well how Formula 1 works and shows it. “I think it’s mainly because we’ve been doing well. They try to slow us down in any way possible, but that’s how F1 works. Everyone is a hypocrite. I accept it, we just have to concentrate on our work».

Sergio Perez moves in a similar vein, stating that “we believe that we are in order and that everything will be resolved in the correct way. I’ll let my team sort that out with the FIA. There are always teams that want to take your performance away, especially if you’re winning, so that’s part of the sport.”

Fernando Alonso… on his own

It is also common for Fernando Alonso to offer a different point of view than the rest and this time it was no different. The Asturian driver has a good memory and remembers that this type of thing has always happened in Formula 1.

“The spending ceiling is new, but there have always been other things where you could explore the gray areas. People who have won championships have always done so by exploring the gray areas.. Then, the other teams copy them and reach that level, “says Fernando Alonso.

“That is the nature of F1. I can’t remember a champion who hasn’t exploited some element that has surprised other teams: Brawn, Red Bull in 2012, the dominance of Mercedes… Ferrari won two races in 2019 with something that everyone knew was not legal and nothing happened..

“Those two wins were still there. Imagine if they had won the World Cup with that engine. In the end, I trust the people who have the power. I’m just a pilot»ends the still pilot of Alpine.

For now, the next step will be a press appearance by Christian Horner to discuss the matter with the media. Meanwhile, Red Bull continues to assess the FIA’s sanction proposal.

Elon Musk turns Twitter’s offices into a hotel for his workers: criticism rains down on him

Twitter will face a barrage of lawsuits for layoffs