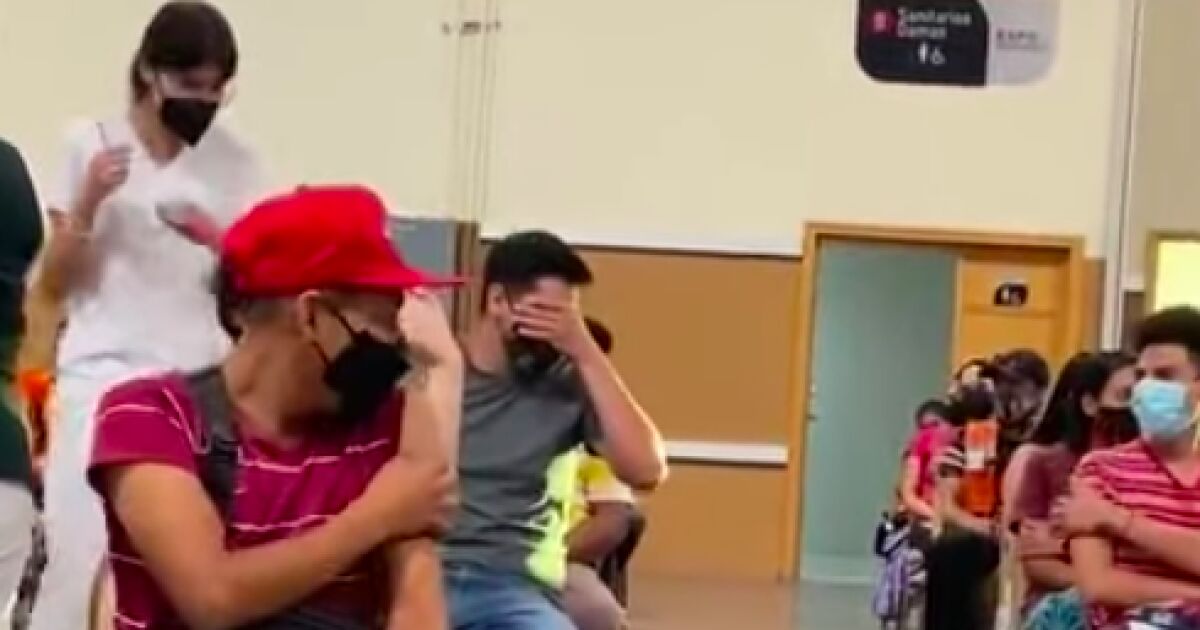 Facebook
Twitter
Pinterest
WhatsApp
Millions of young people across the nation have registered on the government website and are receiving the vaccine, but this is complicated when you suffer, to some degree, from the trypanophobia. As it happened in Chihuahua with this young man who when he saw the injection and the plunger ready to introduce the drug into his body, he began to scream and show tension due to this act.
The video became viral from its dissemination on social networks by the user Sebastian_BuenoMx. It has not been the only case, however, it has “brought out” all those who live with this phobia.

Although the name of the young man is not known, he was recognized with applause after receiving his first inoculation against Covid-19

Trypanophobia or fear of injections

It is identified as one of the most common phobias among human beings and it is estimated that about 10% of the total population suffers from it to some degree. In early childhood its first symptoms can be perceived, since it is when we receive more vaccines and the surprise of facing a needle does not leave many happy.
Many of these phobias come from a bad experience in childhood, which is why these reactions are so exacerbated in adulthood.
It is suggested not to threaten children with using injections as a form of punishment, since this can lead to sequelae of this type in very sensitive people.
The sensations of those who experience this phobia are related to anxiety, sweating, rapid heart rate and in cases even crying.

READ:  Barcelona could not afford to continue counting on Messi: Laporta

The advisable thing to combat this phobia is to apply relaxation techniques related to breathing and concentration.

How to stop falling into instant gratification

LG’s ultralight laptop does not convince in Spain