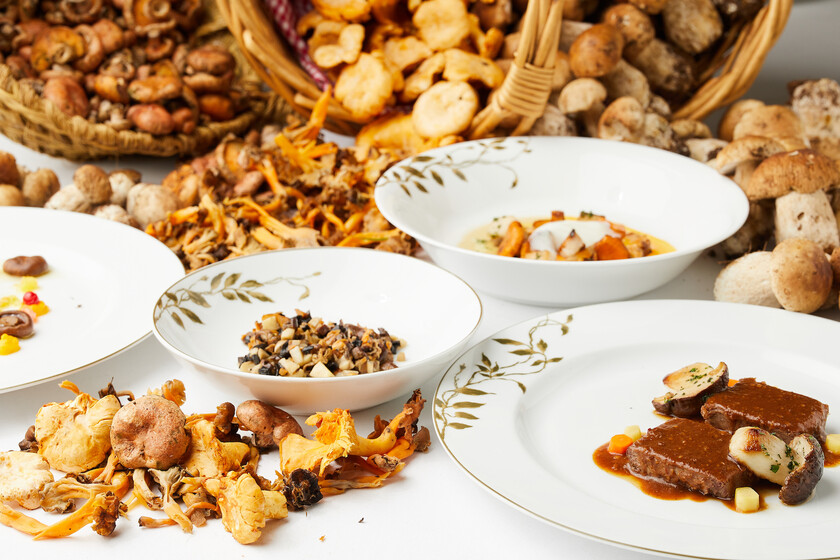 Catalonia is a land of mushroom lovers and mushroom hunters. This community enjoys a well-known boletaire tradition that begins when the first rains arrive in autumn, when thousands of people go into the forests dressed in baskets to fill them with copies.

This social and leisure practice, which brings together families, groups of friends and more specialized groups and with a commercial vocation, it has become a classic of the Catalan forests during these weeks, so that the profile is very broad and covers many different interests.

the boletaires increased uncontrollably in times of post-confinement due to the pandemic, by allowing outdoor activities with a safe distance both in family bubbles and in restricted groups of friends. Actually, to be a real boletaire (of mushroom in Catalan, bulletin) all you need is a basket, a cane and good shoes and a coat, apart from mycological knowledge that, failing that, mobile applications can provide.

Such is the presence of boletaires in the Catalan forests that its increase has been accompanied by complaints between the owners of the explored land and the owners of the natural parks due to the overcrowding, in many cases, of some wild areasand also by certain behaviors aimed at destroying these fungi.

Also, the rural guards have been forced to intensify their vigilance to ensure that visitors behave. Even the volume of hunters is such that some municipalities have created fees for the collection of maximum amounts of mushrooms, for example, baskets of 10 kilos in the case of Alins for five euros per person.

Catalonia has some 1,500 species of mushrooms, of which only a hundred are consumed. According to more or less recent estimates by the company Ceres, they are about 2.5 million people who consider themselves boletaires and 350,000 those who go out to look for mushrooms at least twice a month.

Despite the fact that they are hunted throughout Catalonia, the Berguedà region is considered the best area to pick mushrooms thanks to its climatic conditions and its forests, humid in autumn. There, the most outstanding edible varieties are the chanterelles, the bold ones, the Bordeaux mushrooms, the carrerilla mushrooms, the morels and the oronjas.

The Catalonia boletaire has history and also their own contests, such as the Mushroom Cooking Days and the Puigventós Boletaires Contest (Where whoever has the most weight in their basket wins), with more than 50 years of history and where people from all corners compete among themselves to find the best mushrooms in the region.

This practice is so widespread despite its risks that the Generalitat has enabled a series of documentary resources so that mushroom hunters have greater certainty when collecting these mushrooms.

Read:  From Russia they would have asked Puigdemont to convert the new independent Catalonia into a tax haven for cryptocurrencies

Mushrooms in the middle of nature

For this reason, the Catalan Government alerts its citizens with various guides poisoning cases (even fatal) among those who are unaware of and even confuse species, and as a general maxim it raises the basic criterion of consuming only those mushrooms that can be identified without any doubt.

When collecting mushrooms, what is collected is very important, but also how, especially to guarantee that the cycle is maintained. For example, it is necessary to bring the mushrooms collected in wicker baskets (and not in plastic bags) to ensure that the forest recovers the spores (its generative particles).

When picking a mushroom you have to cut it by the foot with a knife and do not take the earth or the spawn (if they spoil, they cause the death of the mushroom: if this happens, new specimens will not grow in this space).

In the search for specimens, experts also advise against removing litter with sticks and tools so that the forest is not harmed. Likewise, very small specimens should not be collected to let them grow so that they mature and, once again, have time to release the spores.

In Barcelona, the renowned Michelin star chef Nandu Jubany Together with the executive chef of the Majestic hotel, David Romero, they have prepared a themed menu this season that includes a tapa of assorted mushrooms, chanterelles and warm mackerel in a mild citrus pickle, low-temperature eggs with chanterelles and camagrogs, veal shoulder with boletus from the Pyrenees and smoked carrot, and for dessert chocolate ganache and mushroom from Paris with powdered trumpet of death.

The great protagonist of the season in the family kitchens are the chanterelles, rovellos in Catalan, and precisely in traditional Catalan cuisine, they star in iconic dishes such as their grilled preparation simply with garlic and parsley; Accompanying a sausage spread (open), or also seasoned with vinaigrette. The possibilities are endless.

Chocolate and Mushroom Ganache from Paris from Hotel Majestic