The evolution in life expectancy: In which countries do people live the most?

By NicolasDecember 10, 2022No Comments3 Mins Read 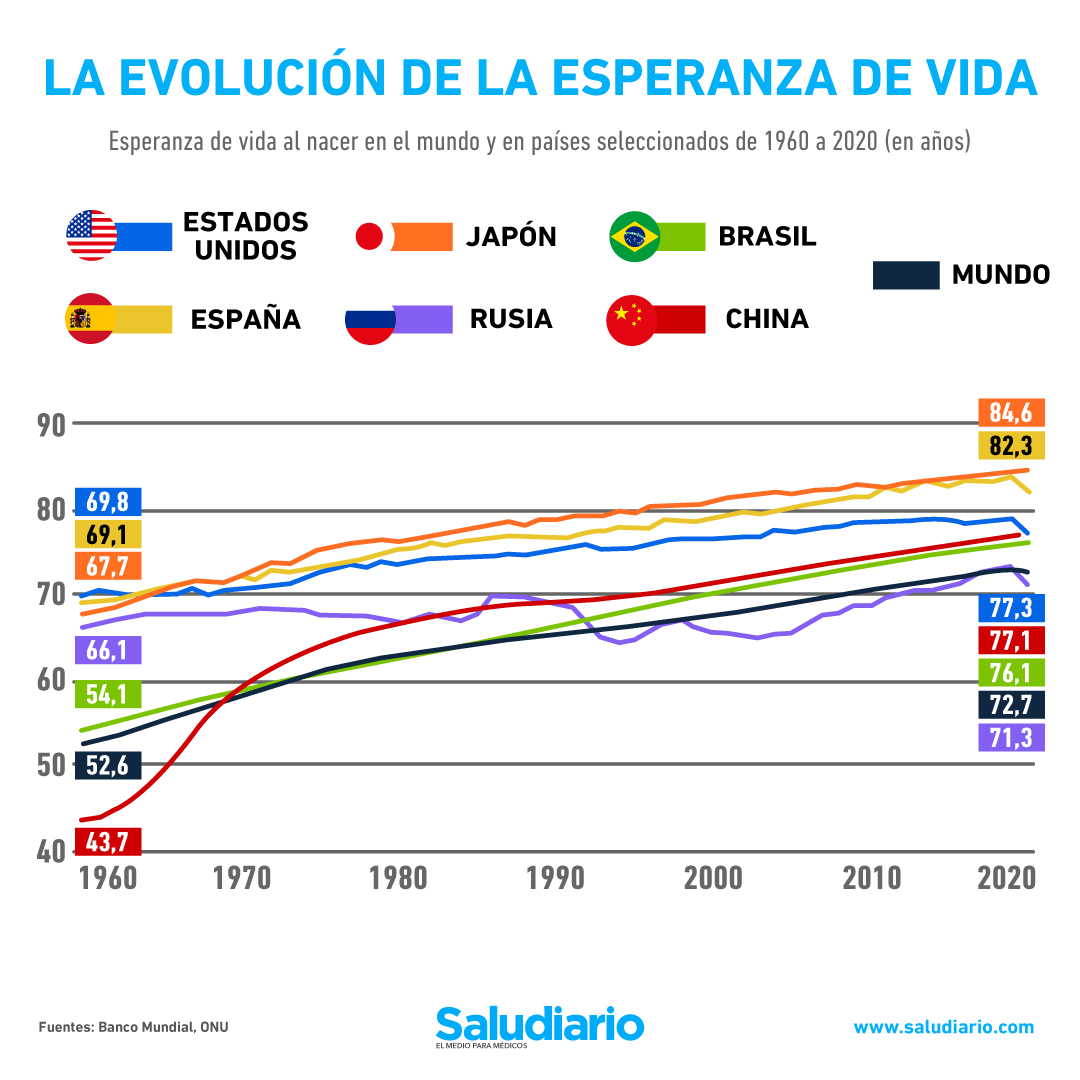 The world changes every day and today is quite different from what it was a few decades ago. One of the areas where this modification can be better appreciated is in relation to the Life expectancy. Now people live longer, although that does not mean that it is good. It is an issue that offers both positive and negative aspects.

One of the reasons for this growth is directly related to the pharmaceutical industry. The development of drugs has been essential to offer an alternative against diseases that were previously deadly.

Index hide
1 How has the change been around the world?
2 Where is the life expectancy highest?

How has the change been around the world?

Similarly, At the beginning of the 20th century, the hospital infrastructure was quite rudimentary in a large part of the planet. Hospitals were minimal and did not have adequate equipment to care for patients. Back then even problems like diarrhea were deadly.

It was from the 1960s that the life expectancy increased 20 years worldwide. Several factors helped to achieve this, in particular the improvement of health systems and medical advances.

Now according to the analysis of Statista, the increase in life expectancy has not been linear across the planet or all the time. For example, the Covid-19 pandemic generated a serious decline in various regions.

Read:  the activity bracelet with a color screen and more than 100 sports modes that we can get at a very low price

Where is the life expectancy highest?

For now, currently the country with the highest life expectancy in the world is Japan thanks to its average of almost 85 years. While in second position is Spain with an average of 82 years.

Regarding regions, in the case of America the leader is the United States with 77 years and followed by Brazil with 76 years. While Mexico is below thanks to an average of 75 years.

On the other hand, a recent Research from the Stanford University School of Medicine and Harvard Medical School identified a curious relationship. The work confirmed that by increasing 10 general practitioners in communities in the United States, a considerable increase in the years that people live was achieved.

This means that if 10 per 100,000 inhabitants are added to the current number of doctors, life expectancy is 51.5 days longer.

This reaffirms the importance of training general practitioners. It is thanks to his work that the first symptoms of some diseases can be identified. Addressing problems in their early stages helps avoid complications.

In turn, the study points out another very important aspect. General practitioners tend to receive lower salaries than specialists. This despite the fact that they are the ones who suffer the most exhausting work days and present work saturation.

Having more general practitioners increases the life expectancy of the population

Chart of the day: Evolution in life expectancy in Latin America, where is it higher?

Opioid crisis reduces life expectancy in the US for the third consecutive year.