The Eritrean Biniam Ghirmay wins the Alcúdia Trophy in the sprint 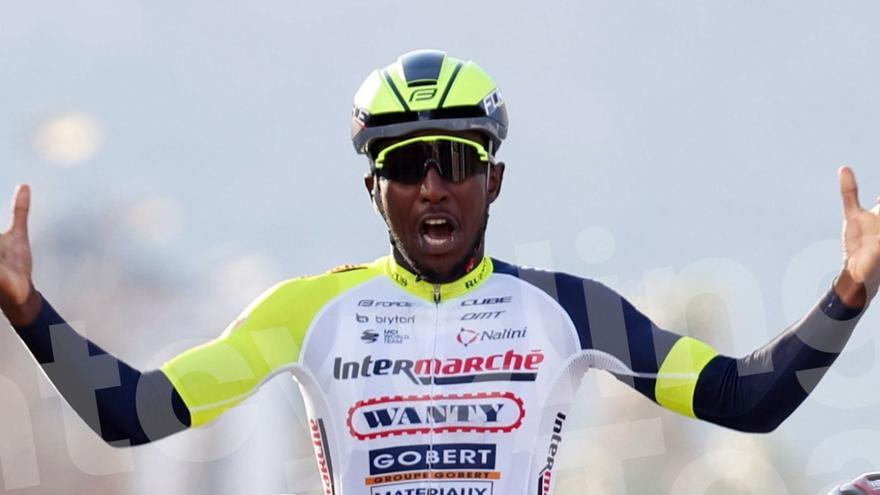 The Eritrean Cyclist Girmay Biniam Hailu of the Belgian team Intermarché Wanty Gobert, was proclaimed this Thursday the winner of the Alcúdia-Port d’Alcúdia Trophy, second of the five tests of the Garden-Hotels Luxcom Hotels Challenge Ciclista Mallorca, after finishing the 173.2-kilometre route in a sprint with a time of 3 hours, 50 minutes and 48 seconds.

In the second and third places were classified the South African Ryan Gibbons (UAE Team Emirates) and the Italian Giacomo Nizzolo (Israel-Premier Tech).

ghirmay21, U-23 runner-up world champion and designated best African cyclist in 2021, justified his status as an accomplished sprinter by beating his rivals in the massive arrival at the finish line.

One of the protagonists of the day was the Basque Mikel Bizkarra (Euskaltel-Euskadi), who started a breakaway while passing the flying finish line at kilometer 24 along with the Belgians Yenti Valdevelde (Minerva Cycling Team), Tuur Dens (Sport Vlannderen) and the Italian Raul Colombo (Work Service Vitalcare Veg).

The four breakaway companions held a lead of up to five minutes over the peloton, until Bizkarraafter an explosive demarraje, went alone at kilometer 94.

The adventure of the Euskaltel-Euskadi runner, who won the prize for competitiveness, ended 25 kilometers from the finish line, when the squad hunted him down the Coll de Femenía.

The final stretch of the Alcudia-Port d’Alcúdia Trophy surprised a grouped peloton, dominated by riders from the Movistar Team, Borahansgrohe and Team Emirates UE, although the final victory went to Girmay Biniam, from Intermarché.

Read:  WHO recommends seven-day quarantine for those exposed to COVID with a negative test

The Mallorca Cycling Challenge, a test in which 25 teams participate, will continue this Friday with the dispute over the Serra de Tramuntana-Lloseta trophy, of 159.8 kilometres.