The energy crisis is resurrecting an ancient fuel: wood 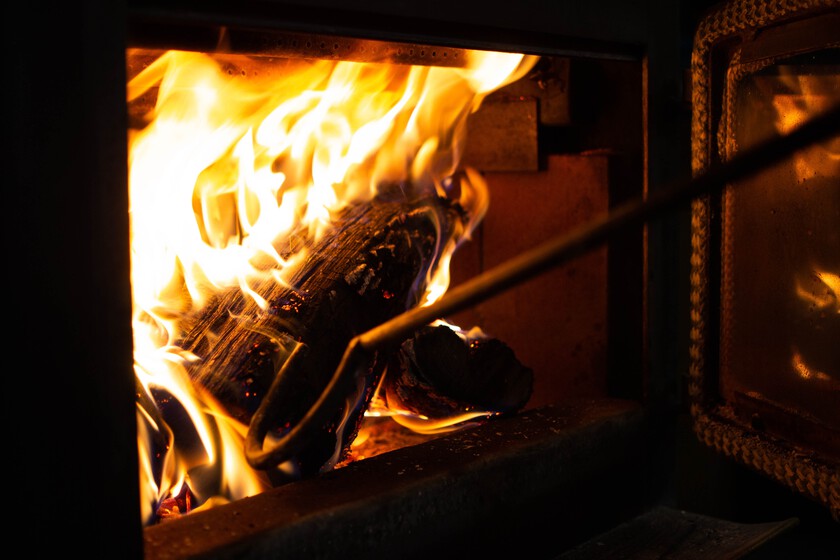 The energy crisis is not only a problem of scarcity for the countries, but it is taking its toll where it hurts the most: in the cost of living for families, together with skyrocketing inflation. Some households already face the stark choice between heating and other basic necessities. A harsh winter is approaching and one of the alternatives that is becoming popular is the purchase of firewood to heat the houses. Wood sellers indicate that sales have skyrocketed as a saving measure in the face of the rise in electricity. The crisis is reviving an ancestral fuel: wood.

overflowing demand. In anticipation of another, even worse rise in energy bills, large numbers of Europeans are turning to firewood for warmth this winter. While most heaters use natural gas and electricity, pellets (a wood-based biofuel) and firewood are becoming a logical alternative. In Spain, 14.7% of the heat that is produced already comes from these sources and the figure is growing rapidly, according to data from Avebiom. The enormous demand for firewood is already leaving sawmills without product, according to EL PAÍS.

Price rise. And of course, given the great demand, the price of this raw material is also becoming more expensive as a result. As the company Dozón Leña Galicia explains in this other article, its price has increased by around 15% in recent months, quadrupling in recent weeks. According to the Organization of Consumers and Users (OCU), in recent months firewood has increased its prices on average between 20% and 30% in Spain. In the case of pellets, a brutal 67% in just one year, doubling the figure for 2017. Why? With so much demand there is fear of a shortage.

The trend in Europe. The story is the same across the continent: firewood prices are skyrocketing, warehouses have been emptied, and concerns are growing that all of this will lead to environmental problems. Prices for wood pellets, a compressed form of woody biomass that burns better than ordinary firewood, have nearly doubled to €600 a tonne in France and Hungary has gone as far as to ban the export of this product while Romania has put cap on the price of firewood for the next six months, according to Bloomberg.

The Swiss have already depleted stocks of the raw material, warn sellers, who say prices are up 10% and have been delivering record orders since the summer.

When buying a fireplace. But wood is of little use without a fireplace or stoves to burn it, as well as adequate smoke evacuation systems. So the phenomenon is also being noticed in the demand for these devices, according to the Association of Fireplace Manufacturers (AEFECC) who speak of an increase of 19%. Yes, fireplaces are becoming the new economical and cheap heating system for hundreds of homes as opposed to electric heating. The models that are sold the most are those that burn wood compared to pellet ones, since wood stoves do not require an electrical connection.

Deforestation. Government agencies have raised concerns about illegal logging, as people are expected to go into the forests to produce their own fuel. Jarosław Kaczyński, head of Poland’s ruling party, said in September that people should “burn almost everything, of course, apart from tires and other equally harmful things.” The Hungarian government, for example, has removed environmental regulations that prevented logging in protected forests.

Pollution and health problems. Some experts have long argued that burning wood emits more emissions than burning coal. And that is a problem that will be accentuated in the next season. Air pollution from burning fossil fuels and wood in the home generates €27 billion a year in health-related costs in the EU and the UK, according to a study published by the European Public Health Alliance.

And wood-based appliances are the worst offenders, accounting for €17 billion in health-related costs across Europe, according to the report. In February, the British government revised its figures and finds that wood burners contribute 38% of small particle pollution.