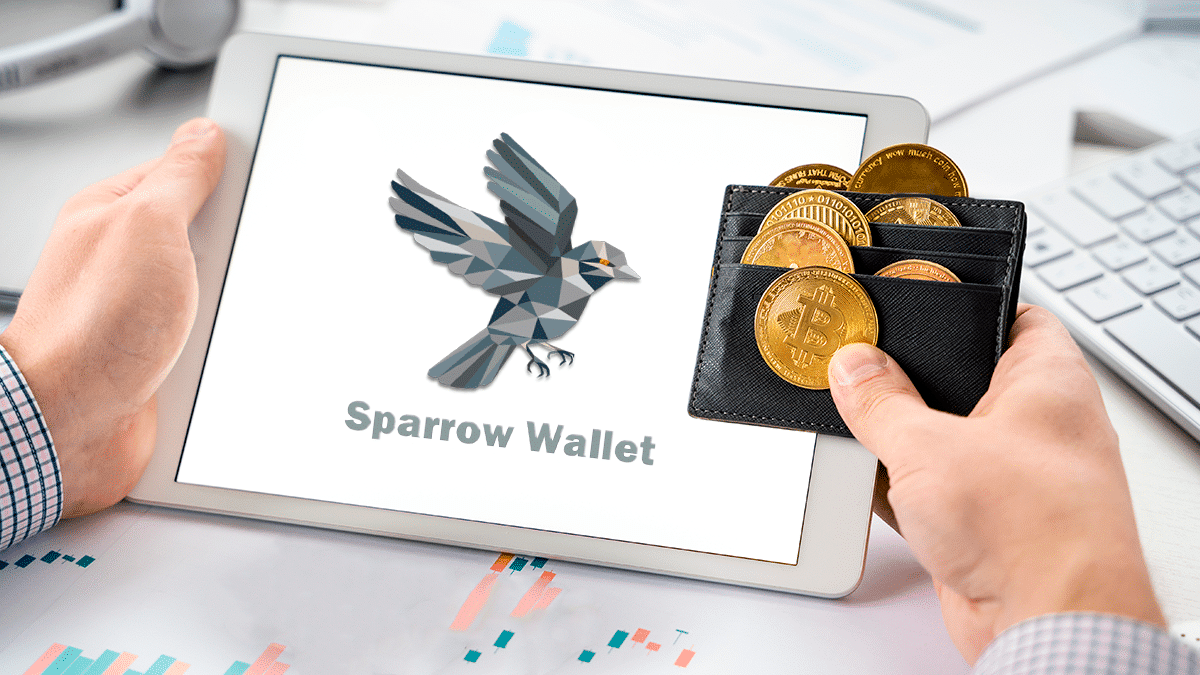 The Sparrow wallet brought new features in its most recent update, simplifying the use of the Bitcoin testnet or test network and adding support for hardware wallets, in addition to optimizing its security and privacy methods.

The Bitcoin testnet or test network is, as its name suggests, a network to experiment with the protocol, but without using a cryptocurrency with a monetary value such as the one that bitcoin (BTC) has. In earlier versions of Sparrow, the testnet was usable, but only through a command line that only specialized users would know how to implement.

Now, with the most recent update of this wallet, version 1.6.4, released on May 19, 2022, using the testnet is a click away, having added a button in the menu that allows the user to connect to this network in a simple way.

The testnet is still not widely used in much of the Bitcoin ecosystem. To make it easier to use the testnet in Sparrow, we now have a command in the tools menu that closes the current Sparrow session (on the mainnet) and restarts the wallet using the testnet..

Taproot support for hardware wallets and other features

Taproot is a recent update to Bitcoin that builds transactions using Schnorr signatures, in addition to other user privacy features, which has become more popular on wallets than on exchanges, we recently reported.

In this line of security and privacy, they also add the possibility of importing the seed phrase, the security words of the wallet, by scanning a QR code. This avoids exposing the seeds to the naked eye by abstracting them into a QR code that is not human readable.

Read:  Bitcoin celebrates that the next halving is only 2 years away by setting a new record for network hash rate

On the other hand, Sparrow now enabled a warning system for dust attacks, either dustattack, a type of attack that consists of contaminating the UTXO of a wallet with small amounts of Bitcoin in order to track or monitor future transactions made from that wallet, seriously violating the user’s privacy.

dust attacks [Dust Attack] they are a deanonymization technique where the attacker sends very small outputs to the same addresses as your existing UTXOs. From now on, Sparrow will try to detect these powder UTXOs and suggest you freeze them, to prevent them from being spent and contaminating other UTXOs..

Sparrow is one of the most advanced Bitcoin wallets, as it shows in detail everything that happens behind a tool like this: how your private and public keys are generated, how many outputs or UTXO (User Transaction Outputs) you have, and your general balance ; which node you are using or which ones you can connect to, in addition to many other features and tools that we have previously covered in CriptoNoticias.