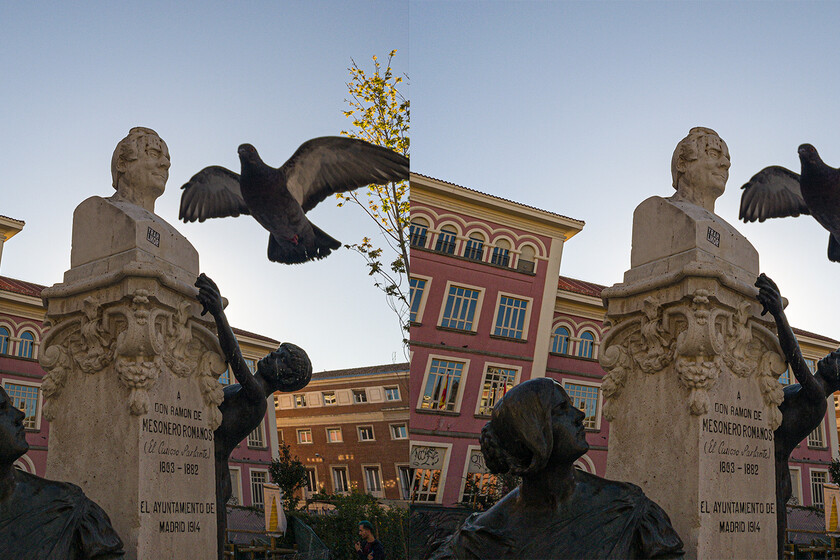 One of the reluctance that many photographers have when it comes to moving to mobile photography is to change the program with which we develop our shots. So I got down to work with one of the photos I took with the iPhone 13 and developed it with both programs to find the differences.. Is it the same engine? Do you get the same results?

Adobe made our lives very difficult when it changed the name of the different versions of Lightroom. Right now we find two:

This name causes many problems for all who buy the license to start enjoying the benefits of the program. Two important things change:

What complicates things a lot is that both versions can be installed without problem on the computer. And it leads to confusion for many people who hope to find one thing and end up losing with another … With how easy it would be to recover the original name: Adobe Lightroom mobile…

But what should worry us the most is whether the development engine is exactly the same in the two programs. Is exactly the same result achieved? Will it be more fluid to work on the computer with the Classic version than on the mobile with the own version? Will working with an i7 7800 processor (yes, I know, I can’t upgrade to the W11) or the A15 Bionic processor from the iPhone 13 have something to do with the final result?

To reveal, I have followed step by step the development decalogue that we have talked about so many times here. The goal was to try to achieve the same result while remaining true to my style.

Once the files were revealed, I have opened them in Adobe Photoshop to make the checks that certify if we have the same result or something changes. The ten steps are:

Read:  What is Flash animation and what is it for and what types are there?

Oddly enough, there are very few differences between the two programs. If you look at the photograph that opens the article, it is very difficult to find them.

The development engine of both versions is the same. The mobile version is enjoying update after another, of the tools and functions of the older sister. But it totally dispenses with the catalog, one of the most important virtues of the original program from my point of view.

All the steps of the decalogue, and of any workflow you have, can be done exactly the same in both programs. It only changes, as we have already said, the interface. And the result is very similar.

The slight improvement that we can see in the Classic version is undoubtedly due to the precision that allows you to work with a photographic monitor and the ability to see the threshold level to limit the most extreme blacks and whites.

Also in both cases the response speed has been practically the same. It is another aspect that has caught my attention. I have always thought that everything would be faster on the computer, but Adobe must be applauded for the agility of the mobile version. I guess with a higher workload you will notice the difference.

If we put both samples together in a single file we can play with the blending modes, specifically with Difference, to more easily see if we find any changes.

With the mode Difference we verify that the interpretation of the Lens correction it is the same because the file is going to black. There is no change between the images, which indicates that the behavior is identical.

And if we make, for example, a selection of the entire photograph and apply a Filter> Blur> Medium To achieve the average color of the image, we can see that the differences in brightness and dominance are minimal.

So we can say that both programs, as long as we reveal with proper flow and head, they get exactly the same result. Of course, the precision will always be much higher with a good calibrated screen.

And I have to add that I was very surprised by the result. It is true that I always reveal, with the help of the histogram, to get what I saw. It is the only way to standardize the results. And in this case I think it is fundamental. Did you think the results were going to be so similar?

40% discount on Photoshop and other Adobe apps

Lourdes Grobet, a life of Lucha Libre and photography

Book of the day: “Product and advertising photography”