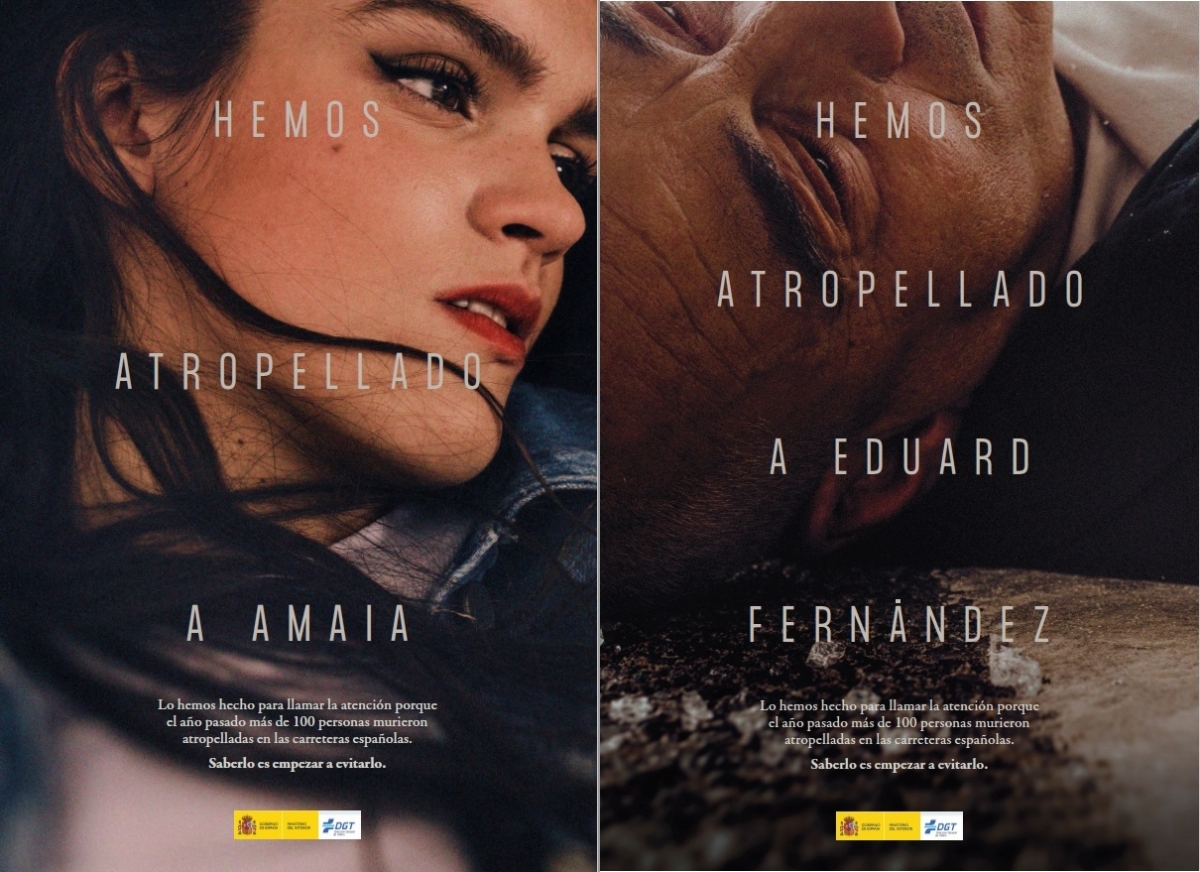 The awareness campaign “Knowing it is starting to avoid it” has the collaboration of Amaia Romero and Eduard Fernández, who are violently run over in the advertisement broadcast by the DGT.

will start soon Summer Vacation for thousands of people and the General Directorate of Traffic has already started its awareness campaign for Operation Exit that will arrive next month.

And, for this, the DGT has maintained its traditional strategy of showing the harshness of traffic accidents, as it considers that it is the most effective way to raise awareness among pedestrians, drivers and other road users.

“So far this year, 32% more deaths have been registered than in the same period of 2019”

On this occasion, the advertisement has had two familiar faces, the singer Amaia Romero and the actor Eduard Fernándezwho are savagely run over while talking to the camera about the dangers for pedestrians.

According to the DGT, each year more than 100 people die when they are run over on the road, “an unknown figure and hardly any attention is paid unless the deceased is a famous or well-known person.”

Looking ahead to this summer, the DGT forecasts 93 million long-distance journeys, 2.4% more than the actual movements that occurred last summer. Figures that are combined with the existing concern about the increase in deaths on highways and highways.

“So far this year, there have been 32% more deaths than in the same period of 2019,” says the DGT, which also announces that surveillance will be increased on motorways and highways with mobile radars on board labeled vehicles and camouflaged from the ATGC. “There are 29 more surveillance cameras for the use of mobile phones and seat belts, reaching a total of 245.”

A campaign focused on interurban outrage

For the first time, the General Directorate of Traffic has decided to focus on raising awareness of outrage on interurban roads, “a deadly road accident of which there is hardly any awareness and knowledge as it is limited in most cases to the family or personal environment”.

Read:  the most comfortable flat sandals are for less than 10 euros in the summer sales

“Knowing it is starting to avoid it” is the slogan chosen to draw attention to this type of road accident. In the video, Amaia Romero and Eduard Fernández explain some of the reasons why each year and in our country, more than 100 people die by running over; some for not wearing reflective elements, others for the driver’s imprudence, for crossing in the wrong places or for simply working on the road… all of these situations, which more frequently than is believed, can end in fatal accidents.

On March 21, the new Traffic Law came into force, with important modifications. The most relevant are these:

Are you planning to move this summer? Exercise extreme caution and prepare the trip properly to fully enjoy your vacation.

Meet the 10 cars that TheGrefg could acquire thanks to Fornite