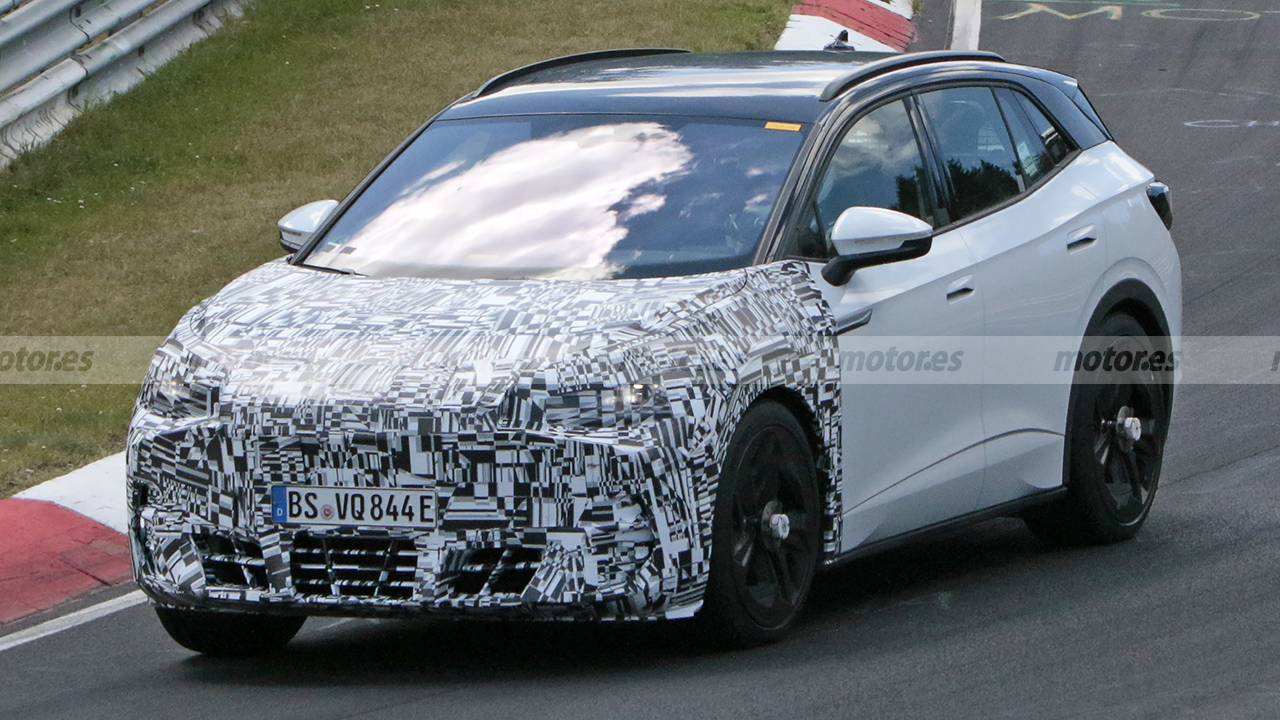 CUPRA continues to work at full capacity in the development process of what will be its second serial production electric car. The tests of the CUPRA Tavascan continue and now, the long-awaited 100% electric SUV faces the popular Nürburgring track, as these new spy photos show.

The development process of new CUPRA electric car keep going. The Spanish brand has launched an ambitious product offensive. A roadmap that includes the launch of a significant number of totally new models. Among them is the CUPRA Tavascan, a 100% electric SUV that will be in a position to attack the market before 2025.

The test mules of the new Tavascan continue to accumulate kilometers. CUPRA has moved its “headquarters” to the popular Nurburgring layout. Thanks to our spy photographers we have a new opportunity to get closer to development. The new sighting occurred at a time when the Tavascan’s test mule was on the track, pushing its propulsion system and chassis to the limit.

The test specimen that has been hunted has the same amount of camouflage as the unit that was sighted about a year ago. As can be seen, CUPRA has taken the body of the Volkswagen ID.4 as a starting point for the creation of this mule. Something logical if we take into account that, at a technical level, both models will be closely linked.

Read:  New hints with the development of Skull & Bones

To a large extent the design of the production Tavascan has recently been revealed. And it is that CUPRA itself showed an important advance within the framework of the celebration of the event in which the brand presented its roadmap to the world for the year 2025.

The autonomy of the new CUPRA Tavascan

Being an electric vehicle all eyes will be on the propulsion system. The main component will be a lithium ion battery. 77 kWh whose main objective will be to power two electric motors, one per axle. It will boast an all-wheel drive system and the power will exceed the 300 hp barrier. Refering to autonomy, it is expected to be around 500 kilometers according to the WLTP cycle.

When will it hit the market? The brand itself has confirmed that the new Tavascan will be ready to land at European dealerships at some point in 2024.