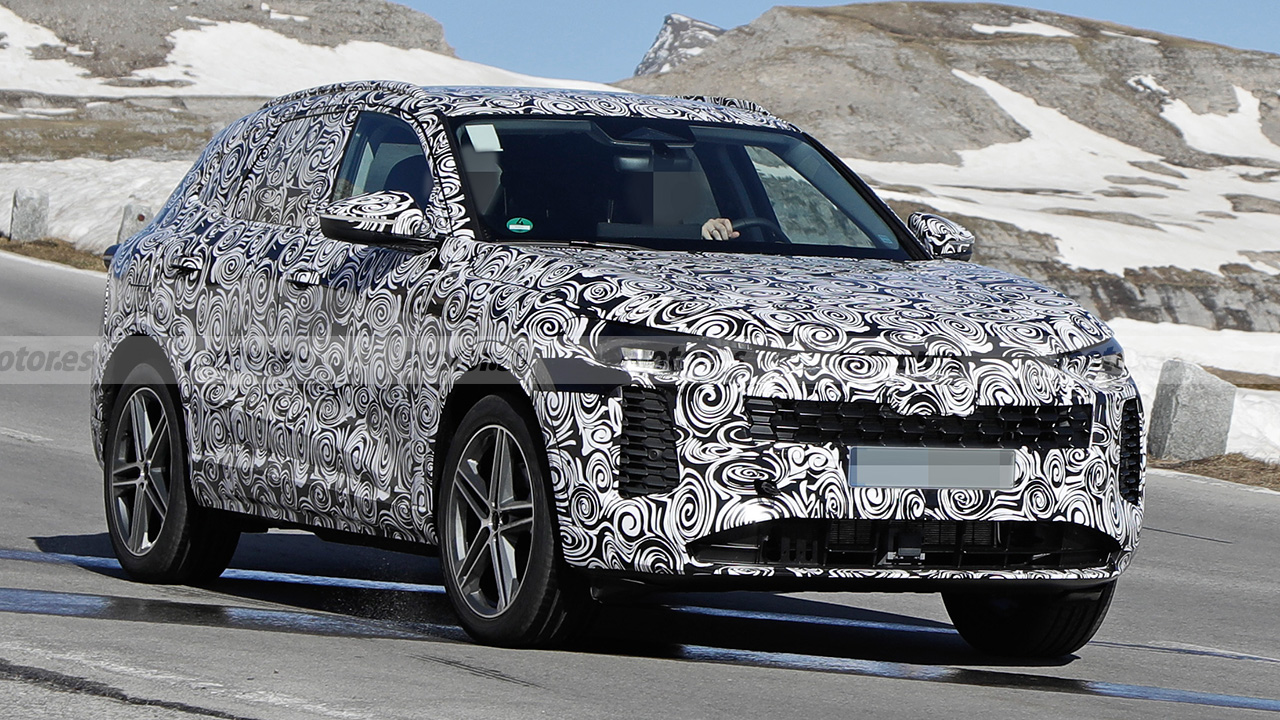 Audi accelerates the development process of the new generation of one of its most important SUVs. The new Audi Q5 2024 has been photographed in broad daylight. A sighting that confirms an increase in road tests with the expected renewal of the German SUV. A model that will bet on electrification, connectivity and automation.

About a few months ago the news broke. A sighting in northern Europe confirmed an important fact. Audi was already working at full capacity in the development process of the new generation of the Q5. A development that is picking up pace and proof of this is the new sighting of the Audi Q5 2024 that has occurred. In broad daylight and driving on a road open to traffic. This is how a test unit has been hunted.

It is true that the testing season at the Nürburgring track is underway. Nevertheless, Audi
has traveled to the Alps to carry out some road tests with the next generation of the Q5. The last one to see the light with internal combustion engines. It will be the last time that the successful German SUV uses this technology and therefore bets everything on electrification at its highest level.

The test unit pictured has practically the same camouflage as the test vehicle spotted in March. However, despite the fact that the camouflage is the protagonist, it is not particularly dense, revealing the general forms that the model will adopt. By the way, we must make clear the fact that it equips temporary elements such as the rear lights.

At the front, the Singleframe grille will stand out in its latest evolution along with slim and stylized headlights. The air intakes will have a considerable size to give the vehicle a greater presence. Furthermore, we must not ignore the characteristics of an SUV which, logically, will make an appearance.

At the moment we do not have the opportunity to look inside. However, we can anticipate great news. Especially in matters of connectivity and digitization. We can take as a reference the latest SUVs presented by the brand with the four rings and even those that are yet to come. See the future 100% electric Audi Q6 e-tron.

The commitment to the electrification of the new Audi Q5 2024

Regarding the mechanical section, at a general level we can say that there will be no big surprises. And it is that the commitment to electrification will be maintained. Let us remember that the Q5 that we can find in dealerships is currently marketed with gasoline, diesel and other engines. plug-in hybrid versions (PHEV). In addition, gasoline and diesel engines are available with 48-volt mild hybrid (MHEV) technology to reduce consumption and emissions.

This mechanical offer will be transferred to the new model, being available exclusively with light hybrid and/or plug-in hybrid mechanics. All with an automatic gearbox. In addition, the front-wheel drive will finally disappear and all the prominence will be given to the quattro drive.

When will it be revealed? The coming-out of the new Q5 is set for sometime in the second half of 2023. The commercial launch will take place shortly after its debut in society and will land in dealerships, if all goes according to plan, in the first months of 2024.