The day Disney wanted to buy Twitter: what would have happened?

By AlexSeptember 19, 2022No Comments8 Mins Read 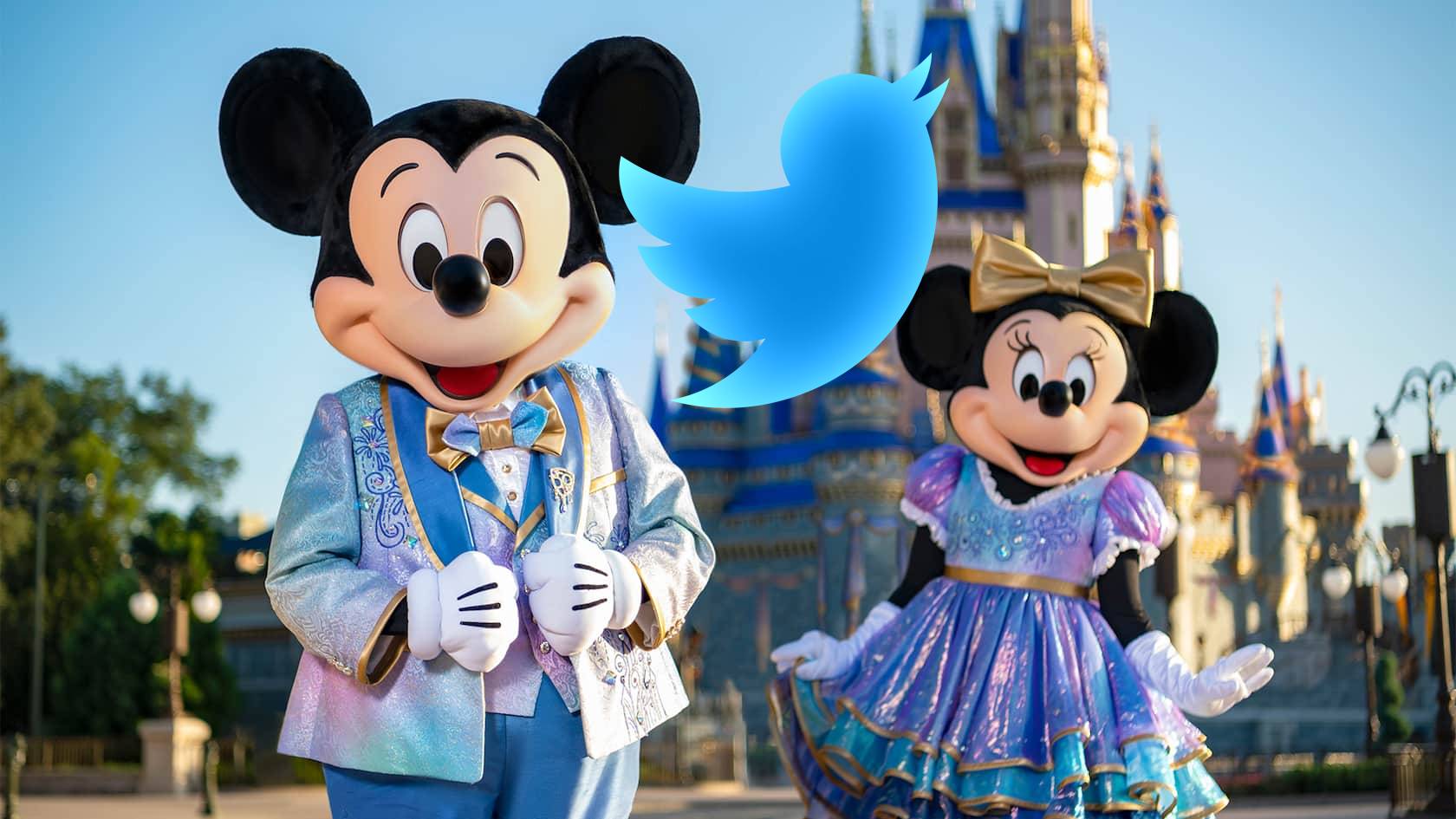 The failed negotiation between Elon Musk and Twitter to acquire the social network has been one of the technological and business soap operas of recent years, and everything indicates that it will continue to be so. Nevertheless, Twitter is not the first time that the “for sale” sign has been posted. In 2016, it was relatively close to being acquired by a company that would surely not be on the radar of many as a possible candidate: Disney.

That year, like many others, Twitter was experiencing leadership and profitability problems. Jack Dorsey had just returned as CEO after his departure a few years earlier but the Board of Directors was pushing for the sale. The other candidates, in addition to Disney, Googlewho had never managed to launch a successful social network after the Google Plus fiasco and Salesforcea shadowy corporate giant that has since acquired Slack.

But what did Disney want? Bob Iger, CEO of the House of Mouse at the time, was the one who led the expansion of Disney that has led it to be the company it is today. Under the mandate of Iger, Disney acquired the rights to Star Wars, Marvel or FOX. Disney was seen as a way to gain a global presence. But, yes, you are thinking the obvious: Twitter doesn’t seem like the most comfortable place for morals and Disney stories, especially with a problem of bots and illegal content on the rise.

“The problems were bigger than they wanted to take on, bigger than I thought it was responsible for us to take on,” Iger reflected in an interview with New York Times after his departure from Disney two years ago.

Iger admitted that Twitter was attractive as a “compelling” means of reaching consumers, but that “there were problems with the Disney brand, the whole impact of technology on society. The wickedness was extraordinary [en Twitter]”, he pointed out.

The deal, however, never seemed so important to Disney. As now with Musk, it seems that Twitter has much more weight in the day to day and the general comment of its users than as a company, in the end Disney withdrew from the agreement and bought instead a majority stake in the sports streaming service BAMTech.

Since then, Twitter has improved its accounts somewhat, it has reached profitability for two years and it doesn’t seem so much like a drifting ship anymore, but it seems clear that the bot problem is still there.

From another point of view, the failed business also shows how important its own brand is to Disney, turning down the opportunity to expand their presence to protect their image.

We can think that, if it had been acquired, Twitter would have ceased to be Twitter to a large extent to become a kind of alternative distribution of Disney content.

In other words, Iger wanted to buy his users and his reach, not the platform. In his 2019 memoir, he said the Disney and Twitter boards had agreed to the deal, but later thought better of it due to “bad blood” on Twitter.

More recently, at this year’s Code Conference, Iger retold part of the story. Said that Twitter would have been a “phenomenal” distribution platform for Disney, but that it would have come with too many headaches. Among them: the bots. Again, same problem as Musk.

Of course, everything seems to indicate that Disney wanted to turn Twitter into a kind of streaming platform before launching Disney Plus.

Iger himself explained his plans thus:

We intended to get into the streaming business. We needed a technological solution. We have all this great intellectual property. We were not a technology company. How do we get that intellectual property to consumers around the world? We are dedicated to kicking left and right. We think of developing ourselves. Five years, $500 million. It wasn’t the money, it was the time, because the world was changing fast. And at the same time, we heard that Twitter was contemplating a sale.

We jumped into the process immediately, seeing Twitter as the solution: a global distribution platform. It looked like some kind of social network. We saw it as something completely different. We could put news, sports, entertainment, [y] reach the world. And frankly, it would have been a phenomenal solution, distribution-wise.

But Iger also explains that he gave it some more thought and ended up thinking that this could lead to more problems than he initially thought. “As a manager of a big global brand, I wasn’t prepared to take on a huge distraction and have to manage circumstances that weren’t even close to anything we’ve ever faced before,” he said.

Read:  Twitter asks dozens of employees to return after their dismissal

Despite this, It seems that Iger never got to know Twitter very well..

“I read the news of these months, and if we look very carefully at all Twitter users – I guess they are called users? – and at that moment we estimate, with the help of Twitter, that a significant part – not the majority – do not it was real. It seems that we were right, ”she explains now.

Although this purchase did not end up taking place and gives the impression that it would not have ended well, Iger’s leadership at Disney can only be called successful. Under his stewardship, Disney stock has soared more than 400% in 15 years. and their net profits increased by more than 300%. This is how Disney has changed with Bob Iger at the helm:

Trained in communication academically, Iger began his career on ABC in the 1970s.where he would become president. Disney acquired this chain and all its affiliated companies in 1996, and then Iger became part of its board of directors, gradually gaining responsibilities until becoming Chief Operating Officer in 2000.

Disney+ with a 75% discount

Take advantage of this limited time offer and date high in Disney Plus now with a 75% discount on your subscriptionwith which you can enjoy its entire catalog of series and movies for only 1.99 euros/dollars.

Disney went through a pretty dark time during the 80s. At that time, Roy E. Disney even negotiated the purchase of the company founded by his father with several companies to take back the helm. However, in the end it chose to give the baton as CEO to Michael Eisnera successful executive who had already taken from a company similar to Paramount.

It was with Eisner that the purchase of ABC and the rise of Iger were carried outwho after another internal purge promoted again by Roy E. Disney and other shareholders, he would succeed him as CEO in 2005. Thus began the Bob Iger era.

One of the reasons that strained Eisner’s relationship with the shareholders’ meeting was the breakup of the agreement that Disney had had until then with Pixar, the studio that had revolutionized animation with toy story in 1999 and which they were supporting, until then, externally.

However, differences in vision caused Pixar, led by Steve Jobs, ensured that his collaboration with Disney ceased. After taking over as CEO, Iger managed to resume the relationship with Pixar, and convinced Jobs that the best thing was for his company to acquire the production company. It was 2006 and Iger’s Disney had made its first big purchase. The agreed price was $7.4 billion and Steve Jobs, as a result of the deal, would become Disney’s largest individual shareholder with 7% of the shares.

Disney’s pink times began thenand continued with other purchases. Marvel entered the conglomerate in 2009 for 4,000 million, after Iger noticed the potential and the good sense that the Iron Man and Hulk tapes had had. Today Kevin Feigthe main architect of Marvel’s leg in the cinema, has also been gaining weight within the Disney framework and there are already those who point out that he could also take the reins of the Star Wars franchise.

Precisely after Marvel would come the time of Lucasfilm. It is said that Iger was the one who personally convinced a tired and somewhat disenchanted Lucas that it was best to sell his company to Disney. So it was. In 2012 Star Wars and Indiana Jones also entered Disney this time for another 4,000 million.

The icing on the cake, already known, was the closure in 2019 due to the astronomical number of 71.3 billion from FOX’s entertainment arm: The Simpsons, Marvel’s lost characters and endless new products to exploit. With Iger at the helm, Disney had become the largest entertainment company in history.