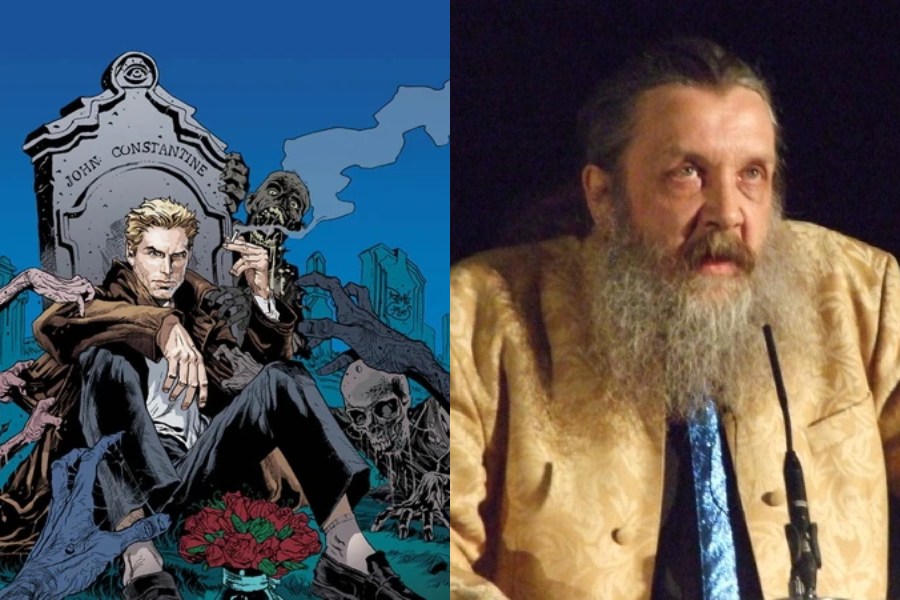 Index hide
1 It was not Sting, not Keanu Reeves, and not even Matt Ryan … John Constantine appeared in Alan Moore’s path, as the British author tells it
2 The encounter of figures
3 The return of the “real” John Constantine
4 Constantine and The Devil You Already Know Comes to SMASH and DC Black Label
5 Also being read:

It was not Sting, not Keanu Reeves, and not even Matt Ryan … John Constantine appeared in Alan Moore’s path, as the British author tells it

We have heard countless times that different comic authors meet with the characters they created … at comic book conventions, it’s true, but what if a character appears to its author out of nowhere? This happened with Alan Moore and one of his most rebellious ‘sons’, John Constantine.

Recall that June 1985 John Constantine appears for the first time on the pages of The Swamp Thing Saga # 37.

With an appearance similar to the singer Sting, Constantine brought this world closer to Swamp Thing, by teaching him the extent of his powers, establishing a friendship, which has led them to live great episodes, helping each other and as members of the Justice League Dark.

The encounter of figures

In 1993 Alan Moore remembers that in an ordinary day he crossed his path with the authentic John Constantine, just as he had created it, including the raincoat and the misaligned tie, although we do not know if with its characteristic smell of cigarettes and alcohol.

“An interesting anecdote that I should mention is that one day I was in Westminster in London, I was sitting in a sandwich bar. Suddenly coming up the stairs came John Constantine. It wasn’t Sting, it was John Constantine. He was wearing the raincoat, his hair was short… he looked… no, he didn’t look like Sting, he looked exactly like John Constantine”.

“He saw me, looked me straight in the eye, smiled, nodded almost knowingly, and then walked to the other side of the snack bar. I just sat there and thought, should I go around the corner and see if it’s really there or should I just eat my sandwich and go? I opted for the second; I thought it was the safest option… I am not affirming anything, I am only saying that it happened. A strange story”.

The return of the “real” John Constantine

This was not the only time that Alan Moore met John Constantine, since in 2001 the author met again with this man similar to his character, who whispered to him “I will tell you the biggest secret, magic. Any idiot could do it”.

This real life John Constantine has not only appeared with Alan Moore, Jamie Delano, author of Hellblazer assured that in 2009, when leaving the British Museum he saw a man with the same similarity as Constantine, but when following him, This version of the detective is gone.

Another of those responsible for the fate of John Constantine in the comics, Brian Azzarello, also claimed to meet John Constantine in a Chicago bar, but unlike Delano, Azzarello avoided making contact with the man, since in his opinion, the latter anyone would want to do is be friends with Constantine.

Do you think John Constantine could be hanging around the authors of Hellblazer or Swamp Thing?

You can also read: Constantine: Vertigo’s entry into the cinema more than 16 years after its premiere

The road has been long and difficult for John Constantine… one that has left him with demon blood in his veins and the voices of dead friends in his head. Still, with his sharp tongue and unmatched cunning, the Liverpool native has managed to rise to a position as rarefied as it is dangerous: becoming the wizard of last resort for a world constantly beset by the forces of chaos and evil.

The feminism documentary you must watch on Netflix

Insomnia in quarantine? 10 tips to get your sleep routine back