the dark side of the labor reform 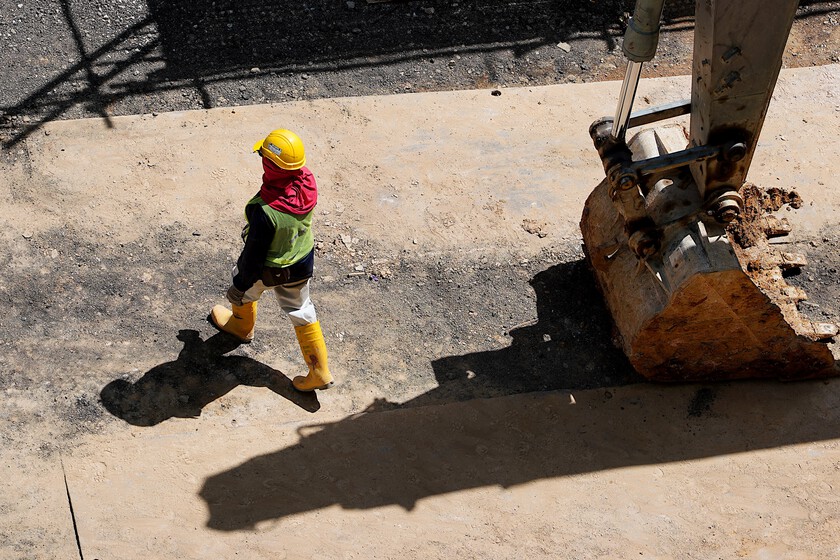 “The effects of the labor reform on temporary employment are being very intense and extraordinarily fast,” the Ministry of Labor pointed out a few days ago. In light of the data, they are not wrong. Temporary employment has fallen to historic lows compared to the EU after the approval of the reform, falling to eight points. Despite this, the rate remains the second highest in Europe.

However, one of the weaknesses of the reform is becoming evident: the duration of the new contracts has plummeted to the minimum in 15 years. A third of the new signatures cease after a month and the average of all the contracts stands at 45 days. Meanwhile, another evil lurks: the persistence of the discontinuous fixed.

The data. The primary objective of the labor reform was simple: to put an end to temporary and eventual hiring so deeply rooted in most sectors of the country. And a year later, a priori, that mission has been accomplished. According to the Government, 6.5 million of the 17 million contracts signed have been permanent. 38.3%. Temporary employment has dropped by four points so far this year (from 24.2% to 20.2%).

On the other hand, the difference with the European average is eight points (22.4% and 14.4%, respectively), the shortest in history. Of course, although temporary employment has been reduced, it is still the second highest in the EU, only behind the Netherlands (28.3%).

shorter contracts. Another not so rosy trend has grown from the new system, there has been a change in hiring in which these have an increasingly shorter average duration: 45 days. In other words, although the contracts are of “higher quality”, they are also of shorter duration. Contracts grow, yes. But workers also dedicate fewer hours to their activity than before.

The data clearly reflects this: in the third quarter of the year, the volume of hours worked is 7% lower than at the end of 2019, before the pandemic. And the average duration of the contracts, 33.5% last one month or less, and 19.3% last one week or less.

The trick. All this brings us to a new contractual phenomenon that has become increasingly important this year: the discontinuous landline. An effective solution to end temporality but which also entails a certain precariousness. As we mentioned in Magnet, although they are considered indefinite because they do not have an end date, in reality they are not. In practice, workers carry out a seasonal activity for a few months and are out of work for the rest of the year.

Read:  The Dark Pictures presents The Devil in Me, the fourth installment of the saga that will arrive in November

And of course, the fact that these workers (who have tripled in the last year) are not counted as unemployed when they are inactive makes a calculation problem evident. Suffice it to say that so far this year 2.2 million of these contracts have been signed, 53% for those under 34 years of age, according to Social Security.

What does it mean? That companies hire under indefinite contracts, despite the fact that in reality They have already agreed how long the job will last, and suspend the contract at the end of that time. As illustrated by the Randstad Research statistics with data from the Ministry of Laborin the first eight months of the year (and after the reform) the number of workers who have signed more than one permanent contract in the same month has been 175,183 people, 11 times more than in 2021. This has increased the number of permanent contracts signed each month. And above all, that the number of people who chain 30-day contracts increase.

Critics. Although the Government defends that there is no such make-up of the figures, it has been criticized by some sectors. As commented in this article in EL PAÍS, from Fedea (Foundation for Applied Economics Studies), they point out that “the new discontinuous landlines are for intermittent jobs on weekends or even by the hour.” And Randstad Research warns that there are many short-term ups and downs and then companies return the worker “to the bench”.

In short, although the labor reform has prevented temporary hiring (its main objective), it is motivating another phenomenon, according to the data, which is actually just as precarious.