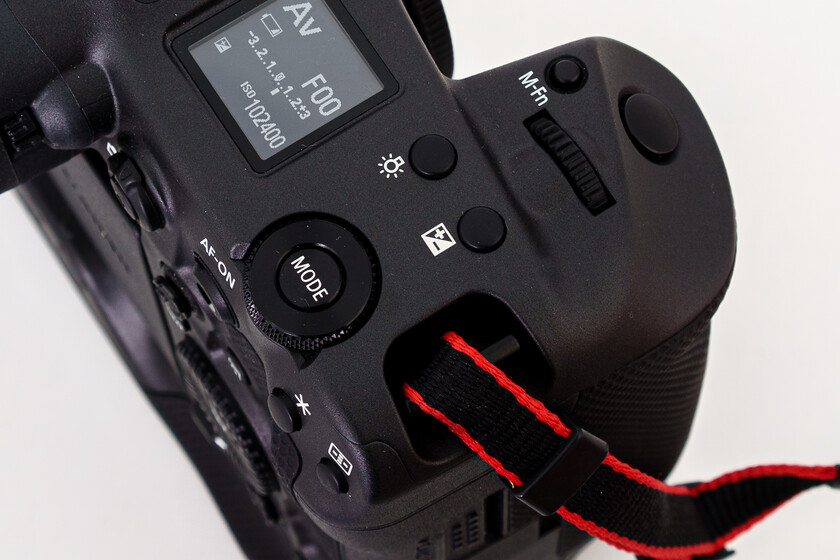 The current photography market is following a path that misleads everyone. It is nothing like the pre-digital era and many large manufacturers have fallen because they did not know how to adapt to the new times. In this year that begins, it seems that no other brand is going to disappear, but one type of camera: the SLR.

The photographic technique has changed so much during the 21st century that it is nothing like what we knew in the 20th century. The passage of the years has taken its toll on an artistic manifestation that seems to depend so much on technology.

Painting, writing or sculpture maintain the same tools that the first artists used. But photography, much more recent, has changed so much that Niepce would be unable to take a single shot today.

The change has been so radical that many photographers in the early 2000s find ourselves with our hands tied by the news that was coming our way. Some (like me, who have always been a visionary) think it would be a fad. And we clung to our EOS 1s like our lives depended on it.

Cameras have evolved by leaps and bounds. And when before you had a camera for life, now it turns out that we have to change it in less than three years if we do not want to become obsolete.

And in this year that begins is the end of the cameras that have dominated the world of professional photography for longer than the telemetrics themselves. Canon announced a few days ago that the EOS 1 Dx Mark III would be the last professional DSLR in the house. Sony has not presented them in its catalog for a long time and Nikon has hit the table with the Z9.

Index hide
1 Why do SLRs disappear?
2 SLRs are no longer in fashion

Why do SLRs disappear?

A good SLR camera is very difficult to make. The quality of the glass of the pentaprism has to be very high, with a perfect cut and placement. But above all it is necessary to watch all the mechanical part of the shutter.

When we press the trigger of a reflex camera, the mirror is released at full speed to let the image pass to the sensor. It is held in place with a piston while the shutter curtains are activated which, with pinpoint precision shot after shot, return to place with assured precision in more than 200,000 shots. Finally the piston releases the mirror and everything starts over. And all thanks to springs, gears and a technology that reached a precision of 1/8000 …

As you can imagine, making something similar makes the product significantly more expensive. So since they introduced the first Lumix DMC-G1 mirrorless camera on August 5, 2008, where electronics began to take center stage, it was clear that the future would be different:

… this new camera inaugurates the Micro Four Thirds System, which by dispensing with a mirror and optical viewfinder, allows reducing the size of the camera and the lenses.

Some of us began to dream of cheaper cameras, but it is not like that. They keep the same prices or are more and more expensive. And worst of all, they lose their price on the second-hand market. They are becoming more and more like a car, which loses much of its value when it leaves the dealership. And even more since they are electric.

Is it one without a mirror? Is it a SLR?

Now we have faster machines, with incredible precision when it comes to focusing. But what they look very little like what they promised us a long time ago. They are not smaller, nor are they much lighter and on top of that they look suspiciously like SLR cameras. Especially the latest models.

So I suspect SLRs disappear because the manufacturers have decided to do so. And we photographers have gotten carried away. I really don’t see any other explanation.

SLRs are no longer in fashion

I still remember many youtubers giggling at their mirrorless podcasts while wielding their SLRs. Now those same youtubers they boast of their latest models as the panacea of ​​today’s photography.

I also remember the advertising in which they showed that the mirrorless ones were the lightest on the market and they didn’t make you go bent because of the weight … All that has disappeared.

Right now mirrorless cameras are bigger, heavier and more ergonomic than the first ones to come out. In the professional world, we need bulky equipment to hold it firmly and to support big goals. The grips are large again and have, fortunately, forgotten about miniaturization.

There is no reason not to buy a DSLR like the Nikon D850, the Canon EOS 1DX Mark III, or simpler ones like the Nikon D7500 or EOS 90D. Now they seem old and outdated to us. And surely you do not want them or given away (and the first two would be absurd to reject them).

But the market has written sentence. And the best, the most modern and what is now in the new season are mirrorless cameras. Why? They focus better, okay … They’re smaller, not anymore … They’re cheaper, of course not … They have a longer life, I’m afraid not …

Well, it is made with a mobile, which we have not talked about … Deep down, what difference does it make?

The mirrorless ones that we have in our hands today: EOS R3, A1, Z9 … they look more like an ergonomic reflex camera than anything else. And they are excellent machines, make no mistake about it. But they are far from what many of us imagine when good teachers told us that SLRs were going to disappear solely and exclusively because photographers thought they had a horrible design.

We have changed the system because they have told us. It is true that they are magnificent cameras, but the SLRs were not bad. They only allow to obtain less benefits for their construction. And this has been, I am afraid, his death sentence.

And we must never forget that photography does not depend on the machine, which is a tool that allows us a better technique, but will never make a better shot than us. The saddest thing is that this statement has very little time left to remain valid, I am afraid.