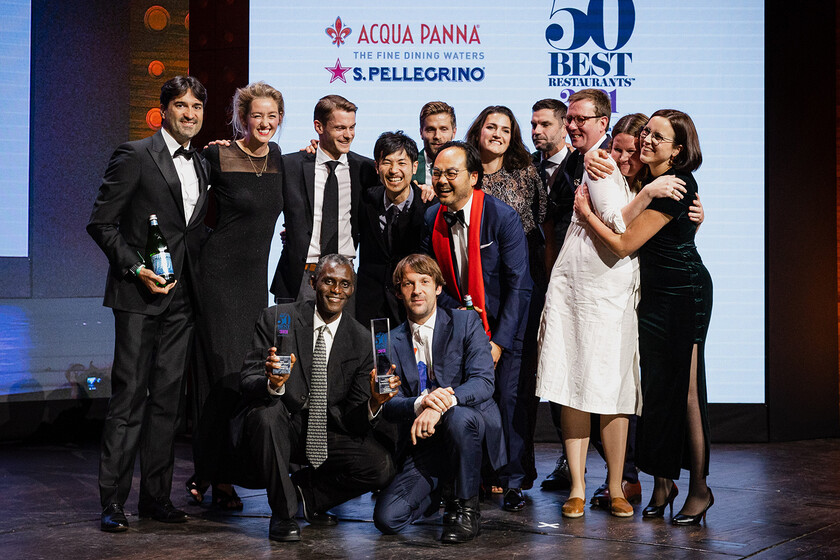 Noma repeats as the best restaurant in the world, always under the criteria of The World’s 50 Best Restaurants. After almost two and a half years since the last edition, the list has returned in style at a face-to-face gala in Antwerp in which the luxury associated with this event and its sponsors was once again breathed, adapting, yes, to the situation pandemic that is still being experienced around the world.

Denmark seems to have won over the critics again, as its neighbor Geranium, also in the Danish capital, has risen to second place. Asador Etxebarri repeats in its third place with Enjoy climbing to fifth place, while Mugaritz, seventh in the previous edition, drops to position 14. It is also worth mentioning the great entry from DiverXO in position 20 of the main ranking, thus complying with what was planned. In general, few surprises, something also predictable.

The most surprising thing for many may have been precisely the celebration of this ceremony with a new list when the pandemic is still affecting seriously to countries around the world. The organization declared in a press conference prior to the event that it was decided to celebrate the list this year, after the forced stoppage by covid-19, to celebrate the reopening of the sector and also support the community with the 50 Best Recovery charity program, which has raised 1.29 million dollars to distribute among 200 stores in 23 different countries.

In addition to the winners on the list, which this year has released physical trophies, the organization has awarded the usual various specific prizes, each with its corresponding sponsor, already announced weeks before the gala. Thus, this year it has been crowned as the best pastry chef to Will Goldfarbby Room4Dessert in Ubud, Bali. The questionable title of Best female chef has been awarded to the Peruvian Pia León, who runs the Kjolle restaurant, in Lima, Peru.

The Spanish Victor Arguinzoniz from Asador Etxebarri has won the Chefs’ Choice award, a recognition voted by chefs around the world, and Dominique Crenn de Atelier, in San Francisco, has obtained the Icon award, which recognizes his figure as an inspiring icon in the gastronomic world.

Index hide
1 An always controversial list, now with a pandemic
2 The complete list of the 50 best restaurants

Beyond the questionable value that can be given to any ranking or award ceremony based on a particular voting system -which in the case of the 50 Best, in addition, is particularly hermetic-, the list has always been surrounded by controversy over how they set changing rules for that, in the end, things change little. The biggest novelties on the list also tend to include names that have already been sounding as a trend in other areas of the sector gastro, as has happened with Daviz Muñoz, who came to call it a “posture” years ago.

The premises of the renovated Noma 2.0, inaugurated in 2018.

With the last major rule change in 2019, establishing that the winners of the first place could no longer be eligible for that first position, there is the paradox that Noma, former number one on several occasions, has once again been chosen as the best restaurant in the world. world. All due to the great renovation that led to the brand new site in February 2018, with the renamed Noma 2.0. The 50 Best organization would announce months later that it would make an exception for René Redzepi’s restaurant, and it has been.

In addition, the vote, issued by an anonymous expert jury distributed throughout the world, this year has been slightly different, since the votes from the 2020 list they had already been sent before being suspended the edition last year, after the global pandemic broke out.

El Celler de Can Roca is part of the ‘Best of the Best’ group of former numbers one.

Since many restaurants have had to close, temporarily or permanently, and there was the possibility that the jury wanted to change some of their votes, the organization has created a list based on “a combination of pre-pandemic experiences and recent local updates, which will cover the period between July 2019 and March 2021 ”.

Theoretically, travel limitations and various restrictions in each country have also been taken into account, but details of how they have adapted are unknown exactly the votes to this atypical situation.