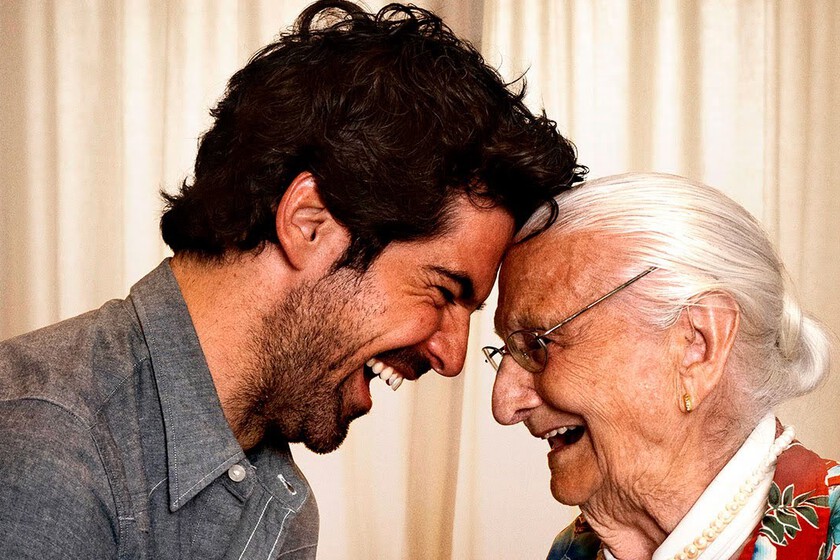 Miguel Ángel Muñoz, surely marked by his participation in that enormous bombshell that was ‘Un Paso Adel’, has to work harder than many colleagues to show his acting talent. He did it recently in ‘El crack cero’ and he does a lot more in ‘No controls’. Now Muñoz presents the ultimate gift for our elders, his documentary ‘100 days with Tata‘.

Surely many of you are familiar with the confinement during the spring of 2020. Many of us remain locked up in our homes. Some alone, others with their families and others, like Miguel Ángel Muñoz, rolled up their sleeves and decided caring for the most important person in your life. In Muñoz’s case, that person is Tata, her great-grandmother’s sister.

For more than three months, the actor moved into Tata’s small apartment in Madrid to help the person he loves the most to overcome health problems and the situation that the country (and the planet) was going through, but also to try to assimilate the idea that has always kept him awake at night: knowing that that person, Tata, will not always be with him.

Not only is it a wonderful exercise in generosity that he also knew how to adapt to the situation, turning his Tata into a viral phenomenon, the “experiment” was also getting into the lion’s den. A hundred days inside a 40-square-meter flat, with an old woman, in full pandemic paranoia to transfer their concerns and fears to a story starring only hope.

In just 80 minutes, the director, co-writer and producer, tells how he brought together a team of 25 people to capture for life the fulfillment of every wish and every gesture that this incredible person had not yet had. And it’s not just that it slips some popular face on your Instagram to show his respect and affection, is that no one had ever tickled his feet.

‘100 days with Tata’ is a documentary work as rushed as our present, but it is no less valid for that. Over the last few months we have seen more documentaries narrated via zoom (‘Tales of the Uncanny’, to name one), and I think it is time to exploit those avenues of emotional rapprochement with ours. Muñoz has known how to do it and teach us all a lesson, but above all he has been capable, he has had the detail, of enlighten the hearts of our elders during his darkest days.