Home Entertainment the closure of the series will arrive in 2023 with a third... 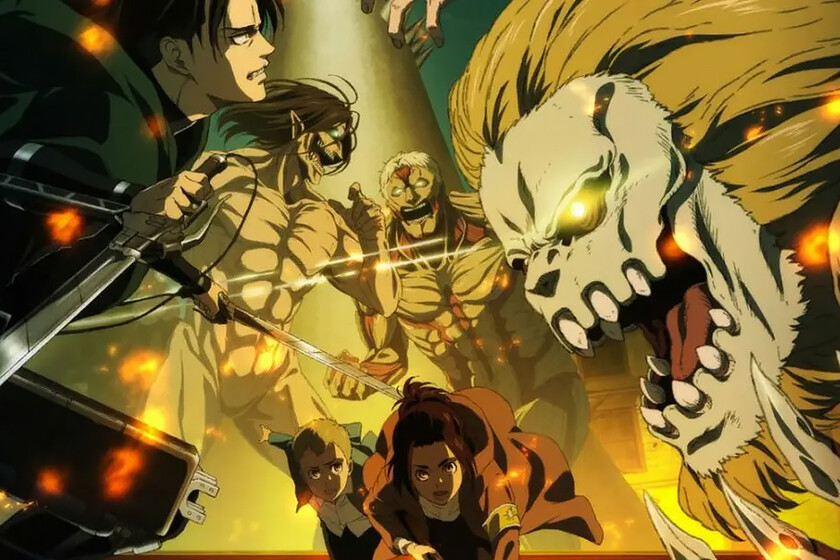 As it was seen coming, chapter 87 of ‘Attack on the Titans’ (‘Shingeki no Kyojin’) has not marked the end of the anime series. Accompanying the episode that closes Part 2 of the fourth season, it has been confirmed that there are still more chapters ahead to finish adapting the work of Hajime Isayama.

An ending divided into three parts

The end of ‘Shingeki no Kyojin’ has had fans on edge for the past few months, as many expected the anime to come to an end in this latest batch of chapters. MAP He has been taking his time developing this part of the story (with quite good sense, yes), but as the announced chapters were running out, we were realizing that time was also running out and that it did not seem that the resolution of the story was close.

After weeks of rumors of a possible movie as a finishing touch for the series, or even the production of some specials for television, we have finally had a small jug of cold water… And it is that neither one nor the other: the final season ‘Shingeki no Kyojin’ will have a Part 3 to wrap up the story, but we will have to wait until 2023 to see it.

The announcement has come from the official account of the anime, which has also revealed a promotional poster for this Part 3 where we can see those who are now the main protagonists of the series following the trail left by the Rumble awakened by Eren.

“New promotional image! This is the new poster for the final part of the ‘Shingeki no Kyojin – The Final Season’ anime! Looking forward to 2023!”

On the one hand, it’s a bit of a downer that this “final season” has been divided into three parts instead of directly opting for a fourth and fifth season… But on the other, MAPPA is leaving us a spectacular animation which has also improved a lot in terms of the animation of the Titans and is being able to take its time to unravel the history and motivations of each character.

A total number of chapters for this** Part 3 of the Final Season of ‘Shingeki no Kyojin’** has not yet been confirmed, but there are approximately 10 chapters of the manga to be adapted. Depending on how paced the animation studio wants to be and if there’s any original content included, we could be 6-8 new chapters.

For now, it has been possible to see the series on Crunchyroll in simulcast with Japan, so now it’s time to cross our fingers so that we can also see the end of ‘Shingeki no Kyojin’.