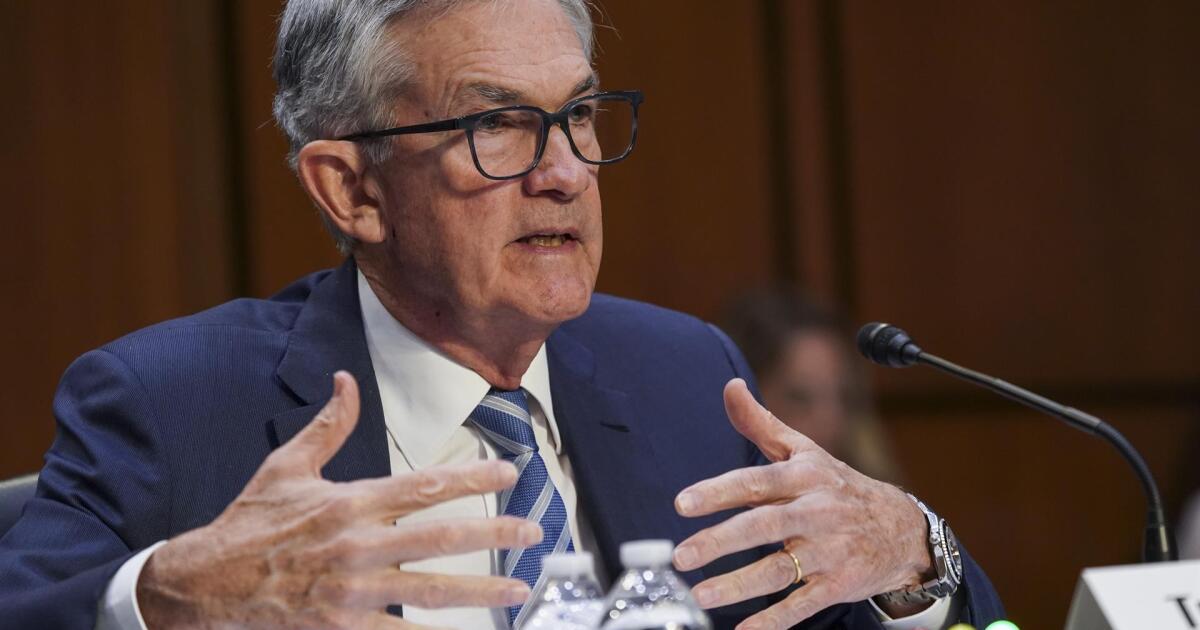 “The clock is ticking on how long you can stay in a low inflation regime,” Powell said Wednesday.

“The risk is that, due to the multiplicity of shocks, we start to transition to a higher inflation regime and our job is literally to prevent that from happening and we will succeed in preventing it,” Powell told a European Central Bank conference. in Sintra, Portugal.

While “there is a risk” that the Fed will slow the economy down more than is necessary to control inflation, “I wouldn’t agree that’s the biggest risk. The biggest mistake would be not to restore price stability.”

The Fed chief used his appearance at the ECB’s annual conference in Sintra, Portugal, to reaffirm what has now become the guiding principle of the US central bank’s monetary policy: that regaining control of inflation is necessary even whether that means raising interest rates to levels that push the economy into recession or lead to rising unemployment.

Analysts expect Thursday’s data to show the personal consumption expenditures price index held in May at more than triple the inflation target. The lack of progress in bringing inflation back to that level prompted the Fed this month to raise rates by three-quarters of a percentage point. Its authorities have said they are prepared to approve another such hike at the July 26-27 meeting.

Policymakers at the Fed now see the fed funds target rate rising to 3.4% by the end of the year, above the level they see as necessary to begin tightening the economy in the long run and around double the current level of interest. between 1.5% and 1.75%.

Read:  How can predictive data provide solutions for brands in the face of inflation?

Powell said the US economy remains “in pretty solid shape” and he believes it will be able to weather tighter credit conditions while avoiding a recession or even a significant rise in the unemployment rate.

But the path to the so-called “soft landing” is becoming “significantly more challenging” the longer high inflation lasts, Powell said, and agency officials are particularly alert to the risk that public expectations about future wage behavior and prices may eventually accelerate as well.

Using language similar to Powell’s, Cleveland Fed President Loretta Mester told the ECB conference that just as policymakers once assumed the biggest risk lay in stifling inflation too aggressively, and giving up on employment and economic growth in the process, the coronavirus pandemic has changed the balance of risks.

“The most costly mistake is assuming that inflation expectations are anchored when they are not,” Mester said.