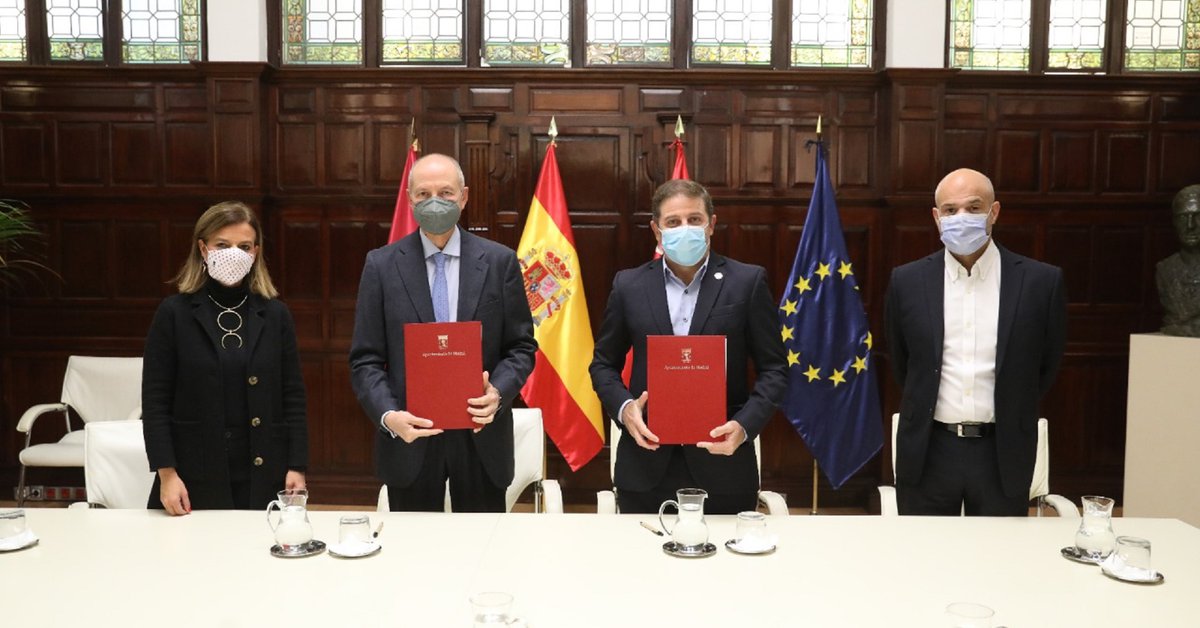 The cities of Buenos Aires and Madrid signed an agreement to promote tourism this Monday, through Madrid Destino Cultura Turismo y Negocios, SA and Visit Buenos Aires, the public-private agency whose objective is to promote the international projection strategy.

Said agreement foresees the celebration of cross-promotion campaigns between both destinations, with the possibility of carrying out promotional actions on topics such as artistic, cultural, gastronomic, meeting tourism (MICE), and destination of audiovisual productions, among others.

The conclusion of the agreement takes place within the framework of an official tour to Madrid that will culminate on December 1, with the focus on the international relaunch of the City, the recovery of the visitor’s economy and the promotion of investments in the competitive sectors of the Federal Capital.

As explained by the Buenos Aires government, “the pandemic arrived in Argentina after a record year in terms of international tourism for Buenos Aires, reaching 2.9 million tourists that left an income of USD 1,839 million “. Most of the tourists came from Brazil (28%), Europe (18%), Uruguay (11%) and Chile (9%), although new markets had also started to grow, such as the United States and Canada (10%). Spain is in the top 5 countries with the highest volume of tourists in Argentina since 2017.

“This trip is part of the international reopening of the City, a strategy with which we propose to recover tourism, attract students and digital nomads, attract talent, promote investment in competitive sectors and boost the export of services, “said Straface.

The officials participating in the tour held a meeting with representatives of the airlines Iberia and Air Europa. During the meeting with Air Europa, the company announced that it plans to resume the 6 weekly frequencies to the City of Buenos Aires in April next year. Likewise, Iberia confirmed that it will go from 7 to 9 weekly frequencies at the beginning of 2022, with the intention of increasing to 10 weekly flights in February, 12 in April and reaching a frequency of 14 weekly flights during the summer of the northern hemisphere. In both meetings, those present agreed to jointly promote the increase in air connectivity and advance in the possibility of generating agreements to promote CABA.

On the other hand, the official delegation will meet with representatives of the Spanish Service for the Internationalization of Education (SEPIE), Spanish universities and the Ministry of Universities, in order to promote the exchange of university students between Buenos Aires and Madrid and position the city as an attractive destination for Spanish students. In this line it stands out Study Buenos Aires, the Buenos Aires government program that works to improve the experience and attract international students.

Then, they will meet with Andrés Delich, Assistant Secretary General of the Organization of Ibero-American States for Education, Science and Culture (OEI), with the aim of promoting joint programs and projects for cultural and educational development. They will also share a meeting with David González-Márquez, Secretary General of the Norman Foster Foundation in order to explore lines of collaboration focused on the city’s “future agenda”, one of its main research and development themes.

During 2020, Buenos Aires and Madrid exchanged their health strategies and start-up plans. As part of the cooperation between Ibero-American cities, starting with COVID-19, both capitals led a dialogue with the mayors of Bogotá, Lima, Montevideo, and Santiago de Chile. In addition, the Spanish capital shared with Buenos Aires its Madrid Open City strategy, whose mission is to promote Madrid in foreign markets, attract and support new international companies to expand the city’s global presence.

Between 2018 and 2019, Madrid and Buenos Aires carried out a cooperation project for urban regeneration and sustainable development between Gran Vía and Corrientes Peatonal. In 2017, the head of government made an official tour to Madrid, where he participated in the Ibero-American Business Forum to promote Buenos Aires as an investment destination.

From this Wednesday the subway will work again with the opening hours prior to the pandemic
Larreta’s new team with a view to 2023: a mayor, more radicals and a political table with Santilli as the star

The ‘Medieval Wolverine’ that appeared in an Italian grave

All prices of the new Aiways U5, a technological electric SUV from China