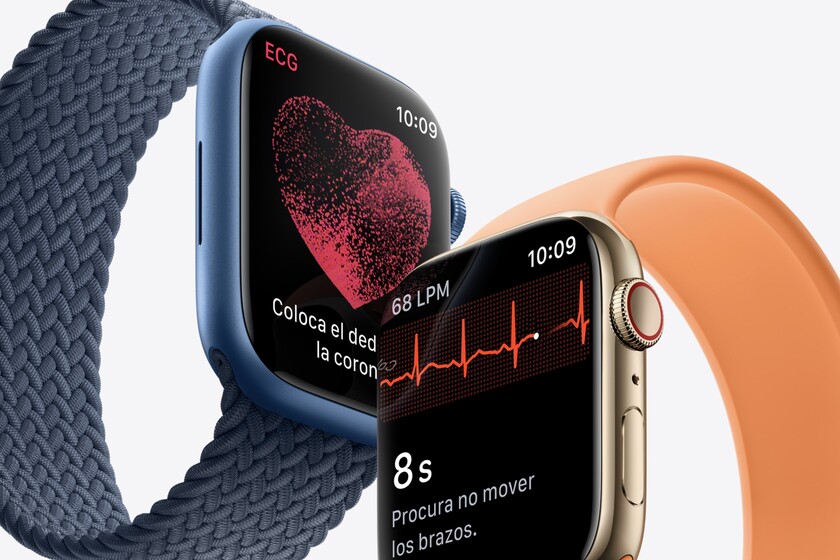 When Apple did not mention at all the chip of the new Apple Watch Series 7 I already began to suspect, and now it is confirmed: the chip of this new watch is the same as that of its predecessor. The novelty of yesterday was therefore a mainly aesthetic and screen-focused change.

It’s a case like the Apple Watch Series 5 chip, which was essentially the same as the Series 4 but with a different model number indicating some minor changes. According to developer Steve Troughton-Smith even nor does the name change, although there are sources that show the name “S7” Regarding the “S6” chip of the Apple Watch Series 6. The performance, nomenclatures aside, would be the same.

Are these the effects of remote work and the signings of other companies?

The fact that Apple has not advanced on the internal specifications of its watch for a year is not bad news, but it may indicate internal difficulties for the company to launch the redesign that was rumored for the Apple Watch Series 7.

There are already some leakers what do they comment a “last minute decision” to take the new design into next year, seeing that it still gave too many problems, with Apple leveraging the components of the Series 6 to release a revised edition of it.

In the SemiAnalysis newsletter they also talk that we are facing the consequence of coordination problems caused by remote work (hence Apple’s insistence on getting back to the offices as soon as possible), combined with the departure of some key engineers to other companies. They even add the iPhone 13’s own A15 chip to the basket, seeing as Apple has compared its performance to the competition rather than to its own previous generations as it usually does in other years.

Read:  How I Make a Skype Call From My Mobile | Step by Step Guide

I insist: that does not mean that the news presented yesterday have to include the label of “bad cycle due to pandemic”. Nothing further than that. The Apple Watch has a spectacular new screen, and the increase in performance of the iPhone 13 is not bad at all if we trust the benchmarks that have appeared a few days ago. However, there is room to think that the plans revealed in the keynote could be different from those that Apple had planned. We may be seeing the effects of COVID-19 in Apple Park.

We will have more data on the performance of the Apple Watch Series 7 and the iPhone 13 and 13 Pro once they go on sale and are put under the magnifying glass of more performance tests.