the cave couple will return this year with a remake 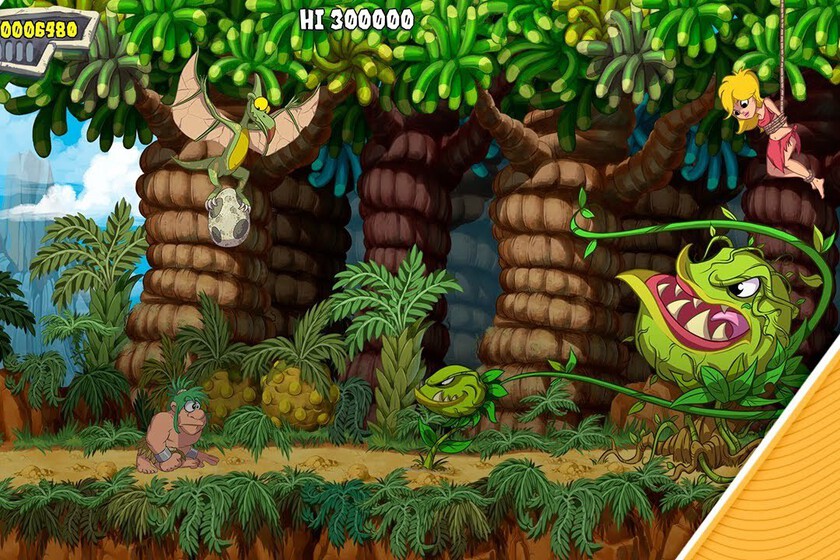 Almost a year has passed since the first and only time we heard from New Joe & Mac: Caveman Ninjathe remake of this fantastic arcade classic that Microids and Mr. Nutz Studios are preparing and that has now been released with its first official trailer to better appreciate what this new version will be like.

31 years after the launch of the original title, the couple of cavemen will return through the front door with a complete facelift, as happened long ago with the remake of Toki and Asterix & Obelix: Slap Them All!. We even know when they’ll be back in action, as their release is set for november.

Beyond its new graphic section, among its novelties it will have a longer adventure by including new levels, a training mode for those who want to practice the controls, a time trial mode against each and every one of the final bosses and also a speedrun mode for those who go for it all to pass it at full speed.

For the rest, the game will be the same as we have already seen, having to advance through numerous 2D phases, fighting against other cavemen and dinosaurs alone or with a second player with its cooperative mode. In addition you will have a physical edition called T-Rex Edition which will contain a copy of the game, two pages of stickers, a card and a 3D keychain.

New Joe & Mac: Caveman Ninja will be released on PS4, PS5, Xbox One, Xbox Series X/S, Nintendo Switch and PC in digital format, while the physical edition will only be available on Sony and Nintendo consoles.

Read:  Ubisoft could have revealed an Assassin's Creed remake or remaster with these images