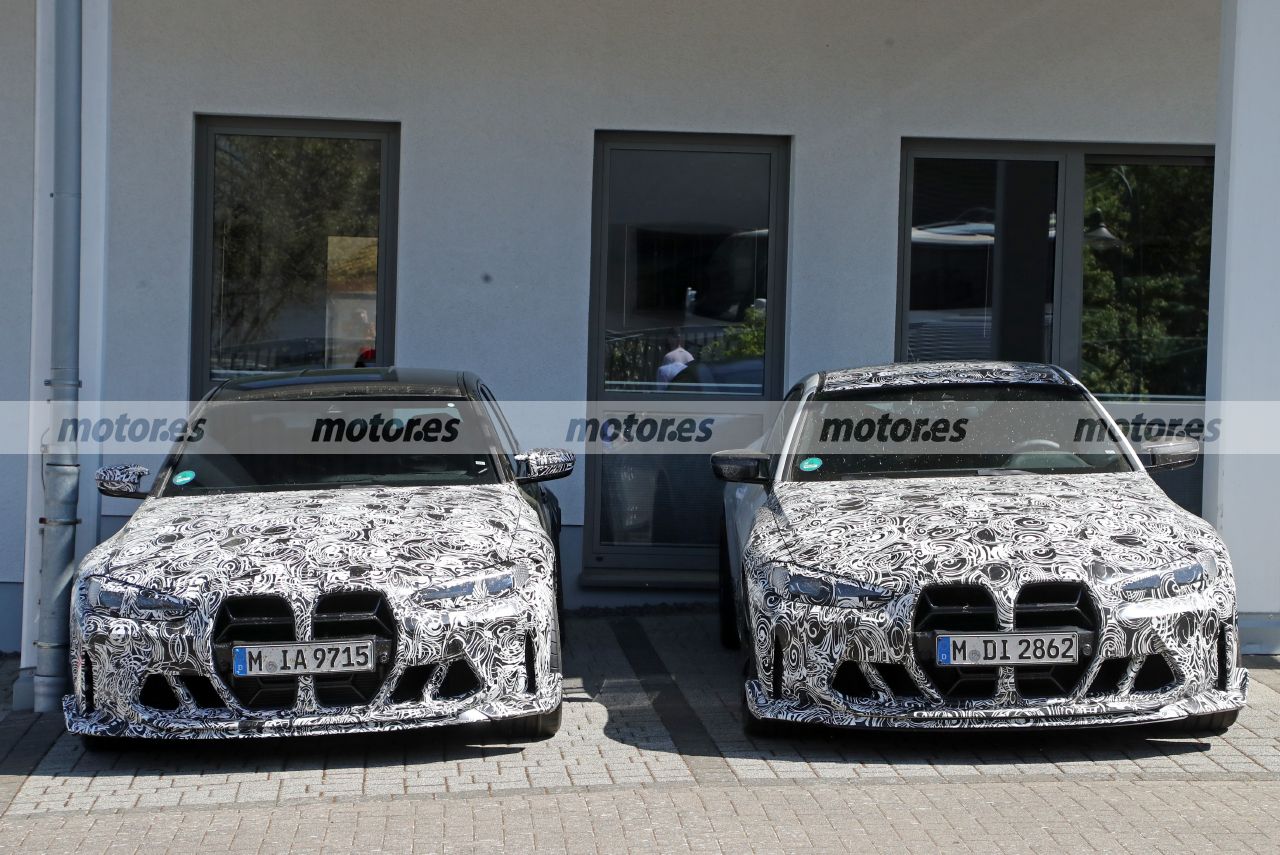 About to present the new BMW M4 CSL, a world novelty in a few weeks, the equivalent sports saloon has also been caught in spy photos at the Nürburgring complex. The new BMW M3 CS 2023 will become the most radical icing on the range of the Munich sedan.

Those of BMW M are expanding the catalog of sports models like never before, not in the case of special and limited editions as in the past, but those from Munich have made maximum sportsmanship a true mainstay for the most exquisite customers, pointing out its suitability for daily driving. One such example has been sighted in the nurburgring circuitwhere he has been seen again after weeks disappeared.

Some interesting spy photos showing a couple of prototypes of the new BMW M3 CS 2023the icing on the 3 Series range. With bulky wheel arches, BMW M have implemented the same more radical design of the new M4 CSL with the great vertical open radiator grill and a brutal bumper full of cooling intakes and ventilation that end in a striking spoiler on the lower lip, extended from one end to the other, taking the M3 to a new level.

The sports brand has also camouflaged the spoiler that is located on the edge of the boot lid, since this aerodynamic component will be carbon fiber in sight. A couple of other details are also striking, the large rear wheel arches, which house forged alloy wheels, and behind them a carbon-ceramic brake systemin addition to special Michelin Sport Cup tires for this model and the M4 CSL.

Read:  Hunted the BMW 3 Series Touring Facelift 2023 with the clothing of the German Polizei

But there is one more detail, and it is the vinyl of the rear windows. Although our photographers have tried to get as close as possible to this part of the cabin, it is not expected that it will dispense with these seats, but rather inherit the independent sports seats that have been mounting on the M5 CS. A plus of sportiness that will also have the front seats, with carbon fiber bucket seats. What is a reality is the large curved screen housed in the dashboard, both for the instrument cluster as for infotainment system with iDrive 8.0.

Take a look at the new BMW M4 CSL in this video, it makes your hair stand on end

The new BMW M3 CS will continue to mount the same 3.0-litre biturbo inline six-cylinder block, albeit with the same maximum power as the radical coupé, 544 hp to be sent to all four wheels through the all-wheel drive «M xDrive» and the 8-speed sports automatic transmission. BMW will launch this special version from spring 2023, available without limit of units but for one year.