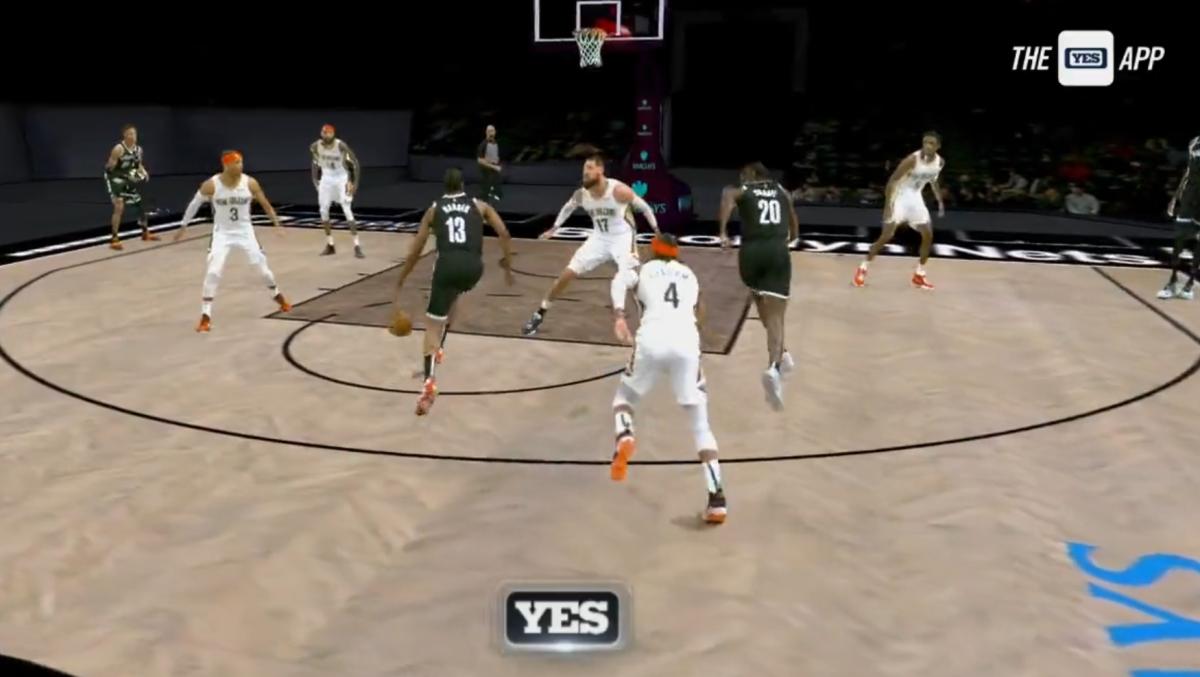 Forget NBA 2K22. New technology converts matches in real time into 3D stages that you can view from any angle.

Meta has given us to understand that the Metaverse was invented by Mark Zuckerberg, but it is something that is already a few decades old. And there will be other metaverses, in addition to Meta.

the nba team Brooklyn Nets just released his own metaverse, who has called Netaverse. A new technology that allows use a virtual free camera within a match managed, in the future, by the users themselves.

YES Network, the platform that Broadcast Brooklyn Nets games, has presented this spectacular technology, which is used for the first time by a professional sports team. In this video you can see the result:

according to account Business Insider, what YES Network has done is place 100 cameras around the pitch, who record the game from all possible positions.

Using powerful hardware and software with artificial intelligence, this footage is fused and converts to 3D graphics in real time.

It is basically the same as a basketball video game, with the difference that we are seeing the real players playing the match at that very moment, instead of a 3D character based on it and generated by the computer or console.

New version of Nintendo’s star console, now with a 7″ OLED screen, 64 GB of storage and in a new white color.

The advantage of this system is that once you have generated a virtual representation of the pitch and players, the Netaverse, can move freely within that space.

Read:  The 9 smart devices you should have in your room | Technology

You can place the camera on free throws, under the basket, or in the center of the field, and watch the game from there. Or freely move it to any position, in real time and without interfering with the game.

for now this Netaverse is very limited because you have to see it from an outdated technology: flat screens. Moving the camera from mobile or TV is fine, but it is not a true metaverse. Or at least, not a modern one.

YES Network only offers its Netaverse from its app, but the really spectacular thing would be see it through virtual reality goggles like the Oculus Quest 2 (Analysis), or PS VR 2, which will be released this year.

The Oculus Quest 2 is almost like a new console, an autonomous virtual reality platform that doesn’t need a PC to work and that allows us to enjoy games with great audiovisual quality.

The Netaverse in virtual reality It will allow us to literally put them inside the field, move freely around it within the game, seeing the players next to us in real size.

We could sit on the bench next to the coach, follow the referee, watch the plays from the 3-point line, and everything else that comes to mind.

That will be the real revolution, not the version on a small flat screen that has been presented these days.