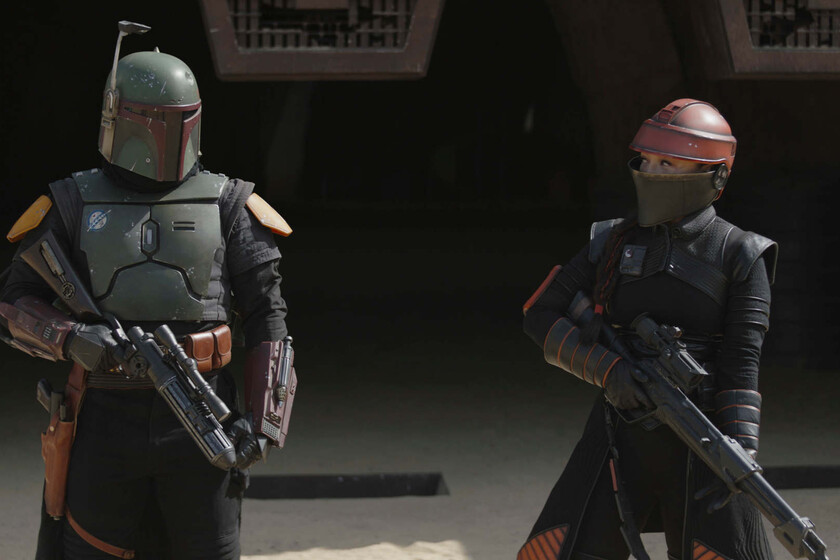 A new day on Tatooine and the attempts of Boba Fett (Temuera Morrison) continue to be respected as a daimyo of the place. After a good initial episode and a somewhat transitory second installment, we came to a moment to get a better idea about what is happening in Mos Espa.

From here, spoilers for ‘The streets of Mos Espa’, the third episode of ‘The Boba Fett Book‘.

In fact, the episode begins with a short history lesson on the power vacuum after Jabba’s death. Shallow, but what helps us to intuit that it will not be easy to control the place. The first act of the episode leads us to deal with a problem solving with a water salesman played by Stephen Root.

The price of water

Fett agrees without much enthusiasm (he is not amused that people profit by selling such a scarce good) and we find him and Fennec (Ming-Na Wen) meeting the thieves and, seeing how abusive the prices of their vassal , decides to give the young gang a job.

I am particularly amused, more for the idea than for anything else, the cliché staging in this scene with the cyborg gang members around a barrel fire. And let’s not even talk about the colored motorcycles, it seems that Boba Fett just hired the Power Rangers. Among them and jokes aside, by the way, is Sophie Thatcher, whom we can see now in the magnificent ‘Yellowjackets’.

Funny how the episode revolves a lot around water and its scarcity on Tatooine. Not only with this merchant but in the flashbacks we have already had that odyssey in search of water and, the one in today’s episode, begins with the young Fett in Kamino and then sees him go to negotiate with the Pykes on behalf of the Tuskens, to whom the desert planet belongs since the oceans dried up.

The flashback continues with the bounty hunter witnessing the Tusken camp having been razed by the Niktos. A moment abruptly interrupted when in the present Krrsantan attacks him. Once neutralized, Boba Fett is visited by the Hutt twins, who offer him a baby rancor (trained by Danny Trejo) and warn him that they are being misled by the mayor.

If everything that was stumbling our protagonist already had the footprints of the political leader, this last conversation indicates that things are not looking good at all. After a chase through the streets of the city and obtaining the pertinent butler information, the episode ends with a somewhat clumsy montage in which we see the arrival of the Pykes to the place.

We are in the middle section (already entering the second act) of ‘The Book of Boba Fett’ and It must be recognized that the series is having a hard time defining itself. While this episode has the action we would expect to have, it lacks some punch overall. Let’s hope that in the second half it will be something more resounding, because at the moment everything seems very soft.