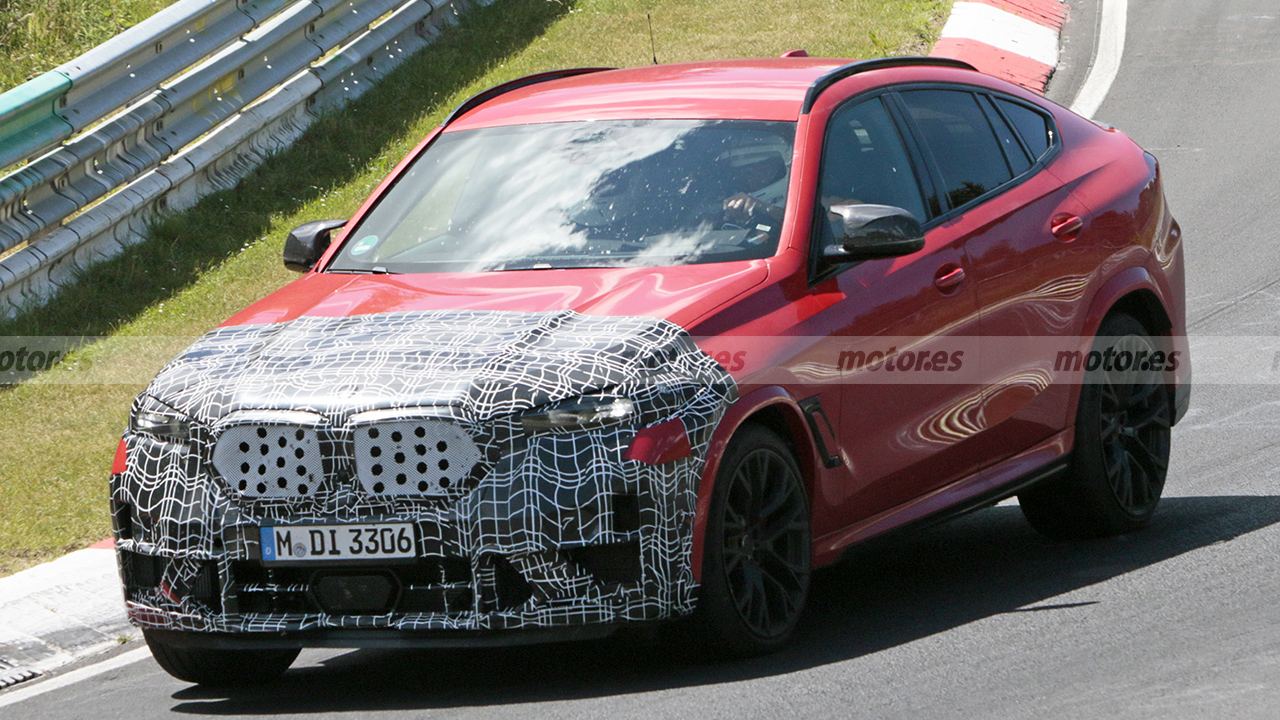 BMW has launched all its machinery with the aim of carrying out the development of a set-up for its popular SUV Coupé. The BMW X6 will be renewed. An update that will also affect its most radical variant. Development of the new 2023 BMW X6 M is underway. A development that, as these spy photos demonstrate, is now taking place at the Nürburgring.

The time has come for the BMW X6 undergo a tune-up. A very important mid-cycle update that will allow this generation to face the rest of the commercial life that lies ahead. BMW has launched all the machinery with the aim of carrying out this renovation. A renewal that, logically, will also affect the most sporty and radical variant that crowns the range.

The development of the new BMW X6 M has also started. This variant that receives the particular treatment of BMW M has been photographed for the second time in broad daylight. A sighting that, in addition to confirming that the project is going ahead, allows us to confirm the state of development. The new X6 M has been hunted as it passes through the Nürburgring.

Our spy photographers allow us, once again, to get closer to the development tests of the new X6 M. The German company has moved its “headquarters” to the popular Nürburgring track. The SUV Coupe He has already started his first laps on tracks. These tests are very important to achieve the best possible set-up and, in the same way, push the mechanics and the vehicle to the limit.

Read:  Sheldon Van der Linde storms the lead of the DTM at Lausitzring

The hunted unit has a striking red body and, what is more relevant, the front camouflage has changed. Unlike X6M Photographed about two and a half months ago, some camouflage has been removed from the front bumper. Specifically, the air inlets have been left uncovered. The grille also sports a new camouflage.

At the rear, although there is no trace of camouflage, this does not mean that it will remain unchanged. Taillights will be checked and updated. In the same way, new customization options will be added.

At the moment we still can’t take a look at the interior of the new X6 M. However, we can anticipate what changes will occur. The dashboard will be more modern thanks to the new curved screen system that BMW is applying to all its new models. It will also debut the latest version of the iDrive 8 system.

Under the hood there will be a 4.4-litre V8 petrol engine with up to 625 hp. No power increase is planned. BMW will indeed make adjustments to improve efficiency. Moreover, certain information indicates that the company will electrify said motor with 48-volt mild hybrid (MHEV) technology.

When will it be presented? The debut in society of the new X6 M is scheduled for the spring of 2023. The commercial launch is set for the summer of next year.