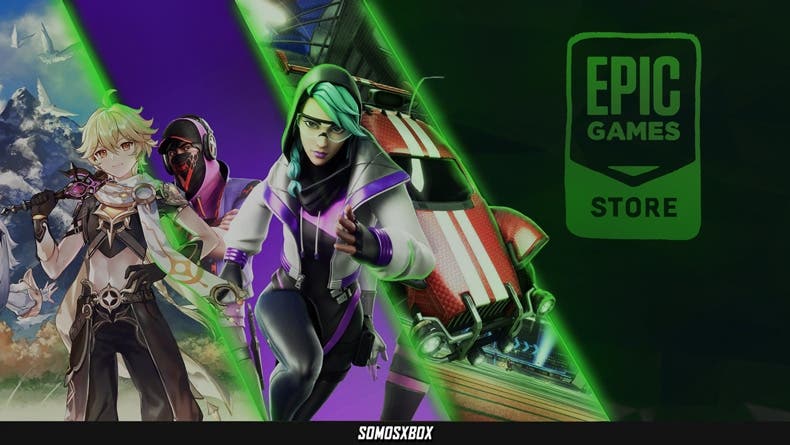 Nowadays Free to Play games have managed to gain an important niche in the video game industry, and if not ask Epic Games with Fortnite or Activision about the great success achieved with Call of Duty Warzone, among others. Without a doubt, enjoying games for a cost of zero euros has become a trend, especially among teenage users. So from SomosXbox we have prepared an interesting list with the best free games of the Epic Games Store for all types of players.

Although, PC players do not have to spend a lot of money on a good PC to be able to play great titles today, since fortunately there are alternatives to have a cheap gaming computer and at the same time very good games that cover all genres at zero cost, such as this top with the best free games on the Epic Games Store.

Embark on a journey through Teyvat to find your lost familiar and seek answers from The Seven, the elemental gods. Explore every corner of this wonderful world, join forces with a wide repertoire of characters and reveal the many hidden mysteries that Teyvat hides …

Compete in this high-octane title that combines arcade-style soccer with four-wheel mayhem. Customize your car, hit the field and compete in one of the most acclaimed sports games of all time! You can play both alone and with friends in the online game modes 1v1, 2v2 and 3v3, or enjoy the extra modes such as Thunder, Snowy Day or Basketball. Unlock items with the Rocket Pass, rank up competitively, participate in competitive tournaments, overcome challenges, enjoy cross-platform progress, and much more!

Read:  These are all the news of season 8

Fortnite is the constantly evolving free multiplayer game where you and your friends will have to fight to be the last to stand or collaborate to create the Fortnite world of your dreams. Play Fortnite Battle Royale and Creative Mode for FREE. Download it now and get into action. With this download you can buy the PvE cooperative campaign Save the world.

You know his name. Download now and get ready for the largest crossover in Magic: The Gathering history. Unlock powerful decks, earn rewards for playing, and dive into the action whatever your skill level.

Core is a multiverse of free games and worlds to explore designed by a global community of developers. Play thousands of Unreal-powered games of every genre imaginable or create, share and earn money with your own.

The warring factions have brought the Origin System to the brink of destruction. Join the Tenno and defend an ever-expanding universe. Master your Warframe, build your arsenal and become an unstoppable force in this shooter and looting game that revolutionized the genre.

Join over 35 million players on SMITE, the battlefield of the gods! Use Thor’s hammer, petrify your enemies with Medusa, or cast your divine powers with one of over 100 gods. Become a deity and play now for FREE!

Shoot, blow up the enemy, fly or shout orders – fully enjoy the ultimate free large-scale multiplayer shooter. Join thousands of players who engage in multiple battles as they wage a great war between nations! The first to seize 15 cities will be the winner.

Scavengers is a survival and strategic combat environment. Delve into a free first-person shooter action game where squads of three players compete for supremacy in a class-based PvE / PvP sandbox hybrid. Choose from a selection of versatile scouts, equip yourself by combining unique abilities and weapons, and master the challenges presented by a hostile wasteland. Be smarter and stronger than your enemies and the inhabitants of the frozen Earth.