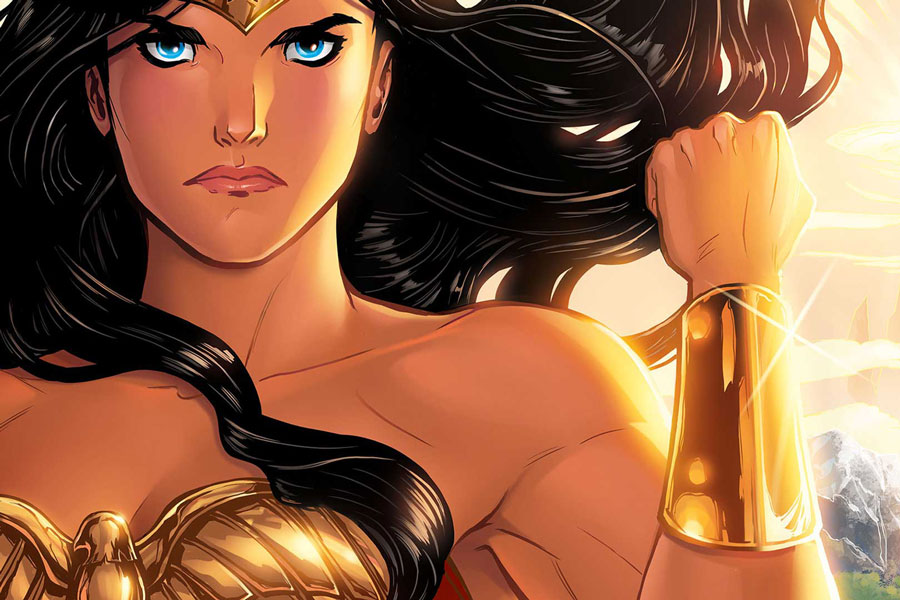 Surely you know the best adventures of Wonder Woman, that is why Alex Jaffe tells us about the best forgotten stories of the Amazon.

80 years ago, in All-Star Comics # 8, Princess Diana of Paradise Island first set foot on the “world of men” to spread a message of truth and love. With a future full of challenges and excellent authors who will lead the future of heroine, it is a good time to look back on some of the best Wonder Woman stories, focusing on the forgotten ones.

You may have heard the names of George Pérez, Greg Rucka, Gail Simone, Brian Azzarello, and even creator William M. Marston on other “best” lists, but Diana’s unwavering mission doesn’t end with these legendary careers. Here are some essential milestones in Wonder Woman’s legacy that you may have overlooked.

In 1941, William Marston changed the face of comics forever, when he introduced to the world a character who stood out as a champion of truth and, moreover, was a woman. But when Marston became ill in 1944, a writer was needed to cover his duties on the princess’s escapades. Thus came 19-year-old Joye Hummel, an enterprising ghostwriter who became the second Wonder Woman author and the first woman to write a running title for what we now know as DC Comics.

In Wonder Woman Issues 12-20, Joye told us very imaginative stories about the Amazons of the planet Venus, mischievous goblins in the hills of Ireland, and a mission to avoid the horrible specter of World War III. Although these stories were credited to Marston at the time, Hummel, who sadly passed away earlier this year, was recognized for her pioneering work in 2018 with the Bill Finger Award for Excellence in Comic Book Writing.

With more than 2,600 stories to his name, Robert Kanigher continues to hold the title of most prolific writer in DC Comics history. And for two historic decades, Kanigher presided over virtually every Wonder Woman story published in what we now recognize as the Silver Age.

Although Kanigher’s work on Wonder Woman dates back to 1947, Wonder Woman’s often difficult Silver Age did not really begin until Wonder Woman # 98 of 1950. In this issue, Kanigher recovers the story of Wonder Woman, embellishing Marston’s nearly decade-old origin, most significantly granting him the ability to fly, or at least glide on air currents. If you watched in amazement as Diana soared through the skies in Wonder Woman 1984, that first flight has its origin in this 1950 issue.

From the beginning, the Wonder Woman stories featured unique ideas that couldn’t be found anywhere else in the comics, but it’s in the 1960s that they started to get downright weird. This is the period when Kanigher introduced us to the “Impossible Tales,” in which the main cast of Wonder Woman included Wonder Girl herself, as a teenager, and Wonder Tot herself, as a little girl.

This trio of Diana, Diana, and Diana traveled the world together in a series that was almost immediately bounded into its own separate continuity and labeled “Earth-124.1.” This curious chapter representing the height of Wonder Woman’s imaginative excess before the Crisis can be found in Wonder Woman # 124-158.

Considered a footnote in Wonder Woman history for decades, Diana’s twin sister is reaching a long-awaited moment of late. As the protagonist of her own young adult graphic novel, Nubia: Real One and the new queen of Themyscira in Nubia and the Amazons # 1, the once almost forgotten Nubia is claiming a central role in the Wonder Woman mythology.

But it all started in 1976, in another Robert Kanigher story that brought a necessary intersectionality to Wonder Woman’s feminist message. The story, told in Wonder Woman issues 204-206, remains canon today, introducing what should have been an essential Wonder Woman character from that point on. Let’s hope our prodigal sister stays a little longer this time.

For Wonder Woman fans, the eighties are remembered as a time of new beginnings, with the historic Post-Crisis relaunch, re-familiarizing Diana with a more modern world. But in the DC Universe, the aforementioned decade is also remembered as a time of catastrophic endings, as fifty years of history came to an end, breaking with the catastrophic events of Crisis on Infinite Earths.

And like Alan Moore’s book “Whatever Happened to the Man of Tomorrow?” served as a coda to Superman’s numerous adventures before it was redefined in Man of Steel by John Byrne, Trina Robbins and Kurt Busiek brought Wonder Woman’s strange and wild continuity to an apocalyptic end in the four-issue series The Legend of Wonder Woman.

Mainly going back to the early Marston and Hummel stories in the years before Kanigher, The Legend of Wonder Woman was a celebration of the character’s roots before her entire world changed in the following months. It’s kind of an epitaph to the wartime, Golden Age Wonder Woman we thought we’d never see again, and a project that goes to great lengths to bring closure to lifelong fans of the game. champion amazon before ushered in a bold new era.

Superman Batman Wonder Woman. Today, “the Trinity” is considered the epicenter of the DC Universe: three pillars equal in scope and importance to the comic book world as a whole. But this concept of “trinity” is more recent than is believed.

Diana’s importance as a central DC character was first recognized in 1998’s Wonder Woman issues 140-141, in which the Amazon stands alongside Batman and Superman for the first time outside of a movie set. the Justice League to face … their invisible jet.

Granted, this filler story from Eric Luke and Yanick Paquette is a bit of a footnote today, but it still stands as an early example of Diana’s contextualized importance alongside the “world’s best.” And despite its closeness, surely you did not know it, that is why it is one of the best forgotten stories of Wonder Woman

The concept of the DC trinity didn’t fully take hold until a decade later, in a story primarily defined by the absence of the three heroes: 52, 2006, a year-long weekly comic in which the world must make in the face of the sudden absence of Batman, Superman and Wonder Woman.

One of several sequels to the success of 52 was another 52-week series with the exact opposite premise: one that would explore the totemic importance of the Trinity to the universe’s own infrastructure. This series, appropriately named Trinity, was written by Kurt Busiek of The Legend of Wonder Woman with the highest ambitions, depicting each member of the trio as a modern god. A sort of comic book epic, Trinity devotes a third of her space to defining Wonder Woman’s integrity in a way we’ve only seen again in Dark Nights: Death Metal, with her as the light that defeated the Dark Multiverse.

The last decade has been a very eventful one for all Wonder Woman fans. The painfully magnificent art of Cliff Chiang’s Greek epic in the New 52, ​​the redefinition of its values ​​by Rucka, Liam Sharp and Nicola Scott, the long-awaited treatment of Tierra Uno by Grant Morrison and Yanick Paquette, the proposal Jill Thompson winner of Eisner Wonder Woman: The True Amazon, and even her live-action film debut. But one of the most exceptional Wonder Woman stories of the last ten years was a digital series by Renae de Liz and Ray Dillon, in a new attempt to recapture the magic of Diana’s origins in WWII.

Appropriately titled The Legend of Wonder Woman, recalling the work of Robbins and Busiek, this all too short-lived series reviewed early Wonder Woman stories with a modern narrative sensibility. With its lavish cartoon style and captivating scene construction, it is one of the best entry points for the curious hobbyist without messing with decades of continuity.

Alex Jaffe is the author of our monthly “Ask the Question” column and writes about television, movies, comics, and superhero history for DCComics.com. Follow him on Twitter at @AlexJaffe.

A final story of Wonder Woman awaits you in our online store with:

Wonder Woman’s mission was to save the World from Man, save it from itself. But failed…

When Diana wakes up after sleeping for centuries, she realizes that the Earth has been reduced to a nuclear wasteland. Now, she is abandoned in a dangerous and dark future, protecting the last human city from the attack of titanic monsters, fighting to discover the secret of this Dead Land… and for which she could be responsible.

In the most recent Black Label title, the acclaimed DC line, Daniel Warren Johnson, the celebrated creator of Murder Falcon and Extremity, combines science fiction and fantasy into an apocalyptic and heartbreaking vision of Wonder Woman, the likes of which they have never seen. . This edition compiles all four issues of the miniseries and includes sketches by the author.

Due to Coronavirus, they sent ‘Wonder Woman’ to fly … by private plane!

This is what Gal Gadot looks like in the Batman suit

Amy Adams pronounces on her future in the DC universe