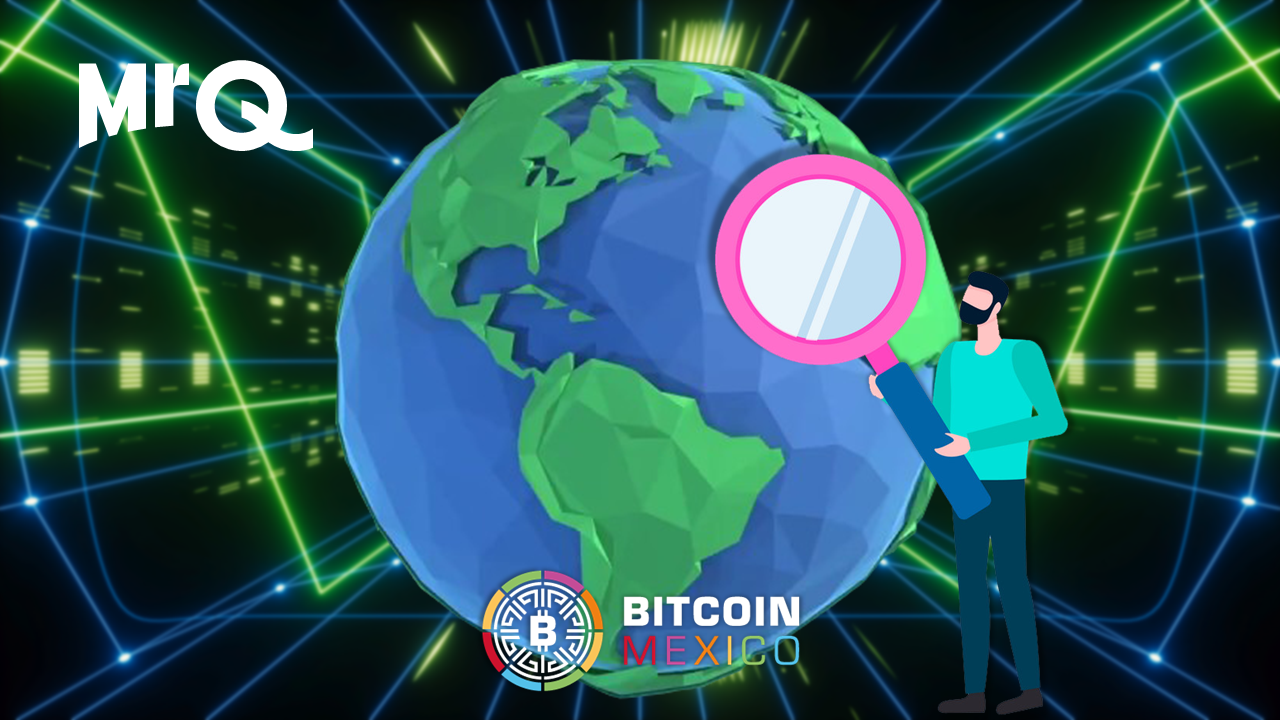 Time passes and crypto assets continue to be successful and gain ground in people’s lives. Due to this, it is that more and more countries, nations and cities have chosen to give digital assets a chance, or at least begin to consider them as one more player in their economy.

Due to the growing adoption of crypto assets in the world, it is possible to talk a little about which place in the world is the most suitable to carry out commercial activities with this type of tokens.

In this regard and as a way of responding to the aforementioned question, the gaming firm MrQ, developed a report focused on which are the best cities on the planet to carry out a career in crypto, non-fungible tokens and of course, the next step of the internet hand in hand with We3, the metaverse .

Said study had the parameters of average salary, the number of places available, in addition to the volume of related businesses, as well as the average download speed.

Although the crypto market continues to grow constantly, it is important to mention that part of this growth is due to the rise of sectors such as non-fungible tokens and, above all, to the digital environment in which humans can interact socially and economically as avatars, the metaverse.

These spaces, as mentioned above, have presented an extremely interesting growth, being an indicator of where this industry is moving in the short term.

That said, Cryptonomist noted that the gaming platform MrQ He decided to carry out his analysis together with multiple parameters, which would allow him to know which are the best cities on the planet to precisely develop the industry at such firm and safe steps as up to now..

“Through our report, we carry out an exhaustive analysis of the largest global cities on the planet, with the clear objective of determining which are the best spaces to carry out a career in non-fungible tokens, Metaverse and of course, cryptocurrencies. By taking a brief look at the average salary, the number of positions available along with the number of existing consortiums in said areas, coupled with the average download speed, the study revealed which are the best locations to carry out said businesses.” stated the firm in its report.

Best cities to develop in the NFT market

According to the study, As far as NFTs are concerned, a market that had a boom last year, it seems that the city of Singapore is the best option to work with them. Likewise, according to what was reported, Singapore has the sixth best average annual salary in the world in this area, this being $66,050 dollars.

Read:  Instagram will have an NFT market in the "short term"

The second best city is London, place where even the average salary is much better than Singapore, this being $77,400 dollars.

Now, if we only focus on the cities in which activities related to NFTs are better paid, it was found that Sydney and Melbourne they have the most competitive salaries, being $93,877 and $82,096 respectively.

For its part, in the old continent London, amsterdam and Hamburg are the cities in which a creative of the NFT must have his residencesince they have salaries of $77,400 dollars, $77,865 dollars, and $75,377 dollars, respectively.

On the contrary, hehe worst places to engage in non-fungible tokens are Portugal, Colombia, the United Arab Emirates, and Mexico.

As for the best cities to squeeze your crypto skills, you must take into account 14 years of history since Bitcoin appeared in the knot at the hands of its mysterious creator Satoshi Nakamoto.

Taking this reference The United States seems to be the best country to develop the industry, led by the city of Denver.

Another relevant point to determine this country with such importance is the fact that it is the residence of Mark Zuckerberg, CEO of Meta Platforms (formerly Facebook), a firm that changed its name to suit the new objectives of the consortium. that is, the metaverse.

However, the metaverse has not only been limited to growing on North American soil, since, according to the report, London, Singapore and Hong Kong are in the top three places as the main sites of development of this technology.

Also, these three cities have the largest number of job offers in this area, with London in the first place with 332 positions, a figure that exceeds twice the number of vacancies in Singapore, a city that is in second place with 149.

As strange and surprising as it may seem, Mexico City is at the top of all other locations analyzed, with an average annual income of $317,332, while Sydney is in fourth place with $96,608, followed by Melbourne in third. place with $92.0 52 dollars.

With these figures, it is more than evident the brilliant path that not only the crypto environment has, but also new technologies such as the metaverse and non-fungible tokens, which are becoming narrower as their respective developments advance.