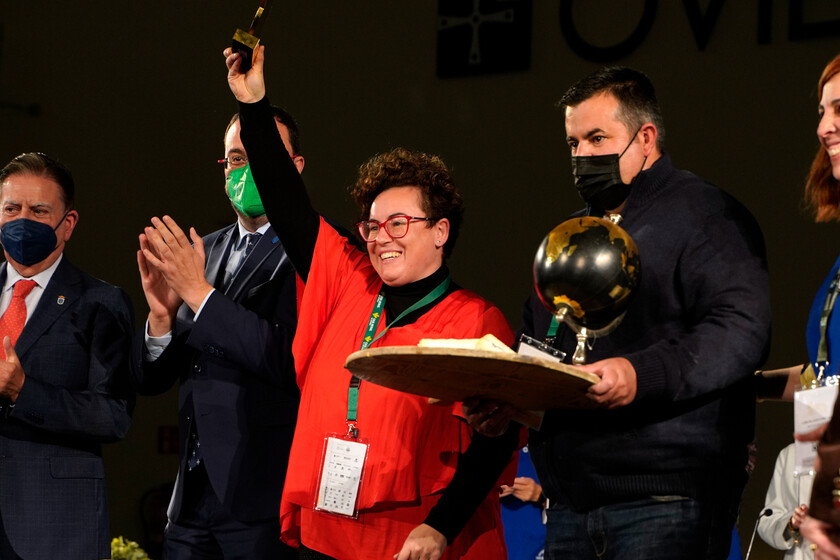 The super jury of the World Cheese Awards in Oviedo has just chosen the one they consider the “best cheese in the world”, chosen among the 16 best of the contest: a Spanish cheese, made with raw goat’s milk at the Quesos y Besos cheese factory, located in Guarromán (Jaén). It so happens that this same cheese factory also had another of its products among the 16 selected, something that had never happened before in the contest.

With 106 points, the Jaén cheese has far surpassed the second classified, a cheese with washed rind and vegetable rennet, which has obtained 98 points.

The jury has been won over by the creamy and seductive texture of this goat cheese, made with penecilillum candidum and olive ash. With only six workers and its own livestock, Quesos y Besos already sounded in the artisan cheese circuit, but it was quite a surprise that it climbed to the first position.

In a final dominated by the Gouda and the Swiss cheeses, where we did not glimpse Spanish cheeses, the winner has been made to wait: the Jienense cheese was the last to go on stage, when everything seemed lost.

The best cheese in the world.

The 33rd edition, which had to be postponed for a year due to the pandemic, has been the largest in terms of candidatures, with 4,079 participating cheeses from 45 countries.

Among the cheeses chosen by the super jury (made up of the same number of men as women) we have seen all kinds of styles. From classic cheeses such as Parmesan, cheddar, gorgonzala or gouda -a denomination that has managed to place four cheeses in the grand finale-, to others that escaped any conventional classification. In this last group we have seen a blue goat cheese -a variety of cheese quite difficult to find, at least so far-, an alpine type cheese that bore the shape of a child’s foot in the rind or a spicy goat cheese, matured in bunkers for 25 weeks. Also the winning cheese, which does not belong to any specific style.

Read:  Improve Your Video Editing Skills in Premiere with These Tips 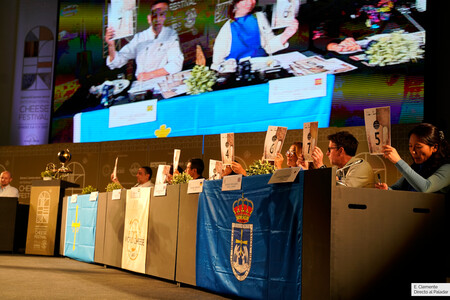 This is how the World Cheese Awards work

Throughout the morning, to choose the best cheeses, 88 groups made up of two or three judges, they have tasted between 40 and 45 cheeses of all kinds in a blind tasting. From this first selection, and without limit of candidacies, the bronze, silver and gold badges have been selected. But at each table, the judges have chosen a single cheese that has earned the “super gold” rating.

Of these 88 cheeses, the 16 super judges -among which there was only one Spanish, Guillermina Sánchez Cerezo– have chosen one cheese per person. These cheeses are the ones that have competed in the final. During this, each judge voted from 1 to 7 each cheese. The cheese that has received the highest score has been crowned the best cheese in the world. And it was from Jaén.

Surprise yourself with the innovation of this smartphone

Eternals had a shocking alternate ending