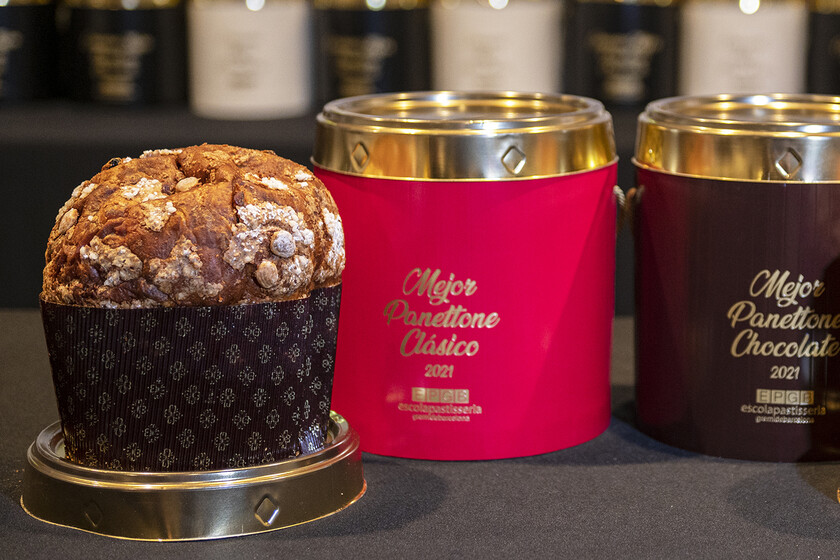 After meeting the winner of the best croissant in Spain, the other great pastry contest that always attracts the attention of those with a sweet tooth is the best panettone, also organized by the Barcelona Gremio Pastry School (EPGB). This time the contest has come forward to coincide with the Gastronomic Forum in Barcelona and has awarded two pastry shops, Dolç Par Yann Duytsche and Cal Jan, both in Catalonia.

In this sixth edition of the contest, the novelty of including two categories has also been introduced, classic fruit panettone and chocolate panettone. Given the increase in demand for this sweet Italian bread in our country, with more and more artisans encouraging themselves to prepare their own with different flavors, it seemed necessary to open the contest a little more and accommodate more participants.

The award for the best classic panettone has returned to the hands of an old acquaintance, as Yann Duytsche de Dolç was already the winner of the first edition in 2016. French and trained in France, he opened his own gastronomic patisserie at the end of 2006 in Sant Cugat del Vallès, where he continues to make signature sweets and chocolates with his own workshop. In Dolç they affirm that they focus their processes like in a haute cuisine restaurant, with the best raw materials and giving life to surprising and sophisticated combinations.

As for the best chocolate panettone, it was the young pastry chefs Rafael Aguilera and Magí Rovira from Cal Jan who have managed to win the first award in the new category. With offices in Torredembarra and the Tarragona market, this patisserie also stands out for making its own signature sweets with a special focus on creative recipes and more individual cakes.

Read:  Will we see "non-Huawei" phones with EMUI? Spoiler: yes

The jury, formed as usual by expert professionals from the sector, has assessed all the keys in the blind tasting that identify a really good artisan panettone, from the taste and aroma to the structure of the crumb or the shape. The participants had to present two panettones per category weighing between 1050 and 1150 g, with lemon or cedar, orange and raisins and sugar glaze, in the case of the classic one, and with dark or milk chocolate (minimum 40% cocoa) in the chocolate panettone.

Panettones from the Cal Jan patisserie.

In addition to receiving the award of ‘Best Artisan Panettone in the State 2021’, both winners have received a 1000 euro prize and the possibility of competing in the 2022 Panettone World Cup.

The world contest This year will be held soon, specifically on November 6 and 7, with the grand final that will be played in the Swiss town of Lugano. Epaña will be represented by the pastry chefs Maties Miralles (Horno Pla de Na Tesa, Mallorca), Adan Sáez (Xocosave, Riudoms) and Tonatiuh Cortés (Cloudstreet, Barcelona).