Bullfrag
Home News The Bernabéu, a talisman for Carlo Ancelotti 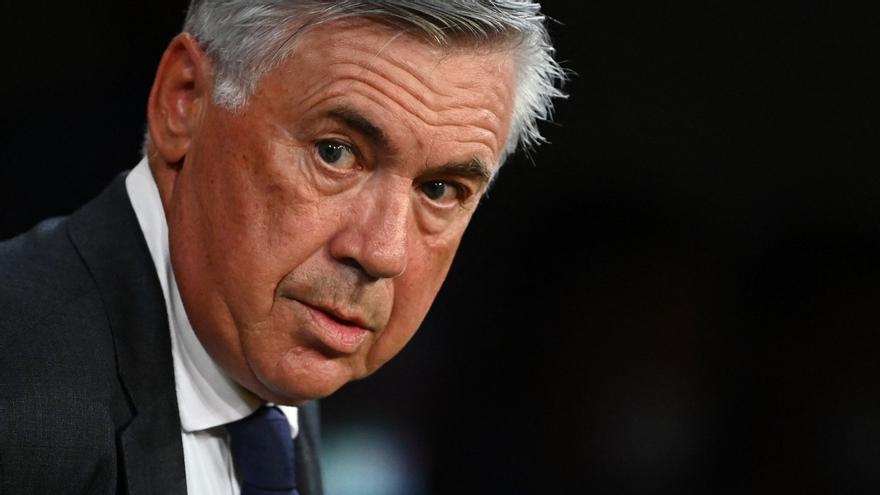 Real Madrid coach Carlo Ancelotti is the fifth coach in the club’s history with the best record of victories at the Santiago Bernabéu: he has a total of 33 in 39 games (with three draws and three losses) and his percentage of effectiveness rises up to 84.6%. The team from the capital celebrated the return to the fiefdom with a win over Celta de Vigo.

The whites, who are at the top of the table after the first four days of LaLiga, they have achieved 33 victories, 133 goals in favor and only 34 against with the Italian at the head of the bench. In what is his second stage, he is looking for the LaLiga title and being the first coach to achieve it in the five major leagues.

84% – Carlo Ancelotti 🇮🇹 is the fifth coach with the best% of victories in @The league (84% 38PJ 32V 3E 3D) at the Santiago Bernabéu from among all the coaches who have directed at least 25 matches with him @Real Madrid in the white arena. Talisman#Real Madrid #Santiago Bernabeu pic.twitter.com/68vRseGTAq

From the hand of Carlo Ancelotti, Real Madrid have also become one of the top scorers as a local team: they register 3.4 goals per game and are only behind Luis Carniglia (3.6) and José Mourinho (3.5). It does have better statistics than the teams of José Villalonga (3.3) and Francisco Bru (3.3).

Bringing the Champions back to the Bernabéu

The arrival of Carlo Ancelotti to Real Madrid responds to a specific objective: to win the Champions League again. The architect of La Décima returns to what was his home after a blank year from a team accustomed to winning titles. The departure of players like Cristiano Ronaldo or Sergio Ramos have started a different stage at the club.

For the moment, The Italian has started in a big way: he has three victories and only one draw and is leading LaLiga. He has empowered Karim Benzema and Vinicius Júnior, his two main offensive arguments in the face of PSG’s refusal to the arrival of Kylian Mbappé. The one that has landed is Camavinga, who debuted with a goal against Celta de Vigo at the Santiago Bernabéu.

The latest talk of crypto fans is horse racing. Digital horses, of course

“The Scream that Drowned”