The Batman: The Realistic Versions of the Batmobile and the Batcave, Explained by Matt Reeves

By JenniferJoyJanuary 28, 2022No Comments4 Mins Read 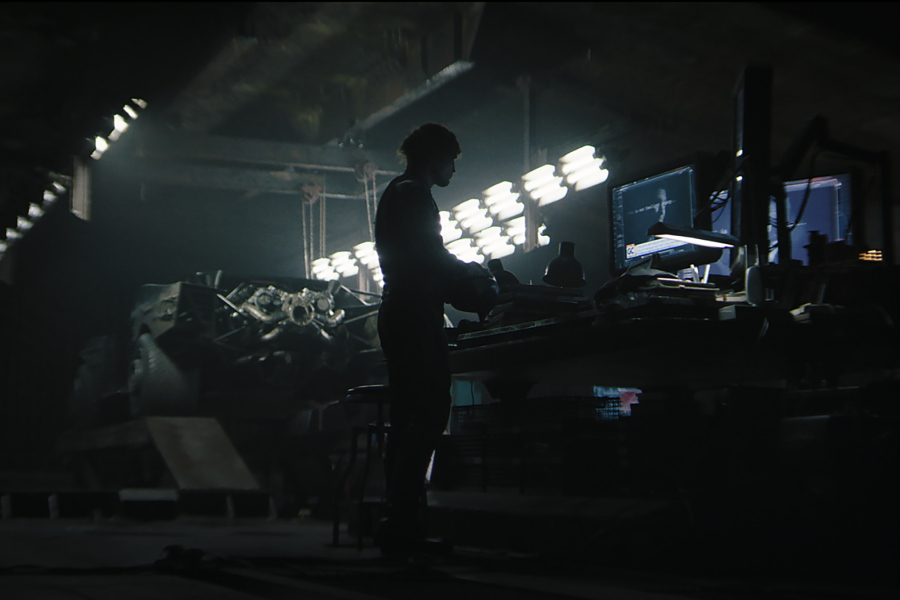 Share
Facebook Twitter LinkedIn Pinterest Email
Index hide
1 Compared to other Batman movies, The Batman will feature realistic versions of the Batmobile and the Batcave, something filmmaker Matt Reeves explains.
2 The Batcave, closer to reality
3 The Batman, the most anticipated movie of 2022
4 Batman: Ego and Other Stories, a work that brings you SMASH and DC Comics Mexico
5 Also being read:

Compared to other Batman movies, The Batman will feature realistic versions of the Batmobile and the Batcave, something filmmaker Matt Reeves explains.

The Batman is the return of the Dark Knight to the big screen in a solo film, something that took almost a decade, and director Matt Reeves dared to capture a more realistic vision of the hero of Gotham where, compared to previous versions, the Batcave and Batmobile have skins without as many gadgets.

Don’t Miss: The Inspiration Behind The Batman’s Batmobile

If we remember the versions of the Batmobile that we saw in the films directed by Tim Burton, Joel Schumacher, Christopher Nolan and Zack Snyder, the Batman vehicle had aesthetic and even military aspects.

Now in The Batman we will see a version of the Batmobile more attached to a regular car, similar to the vehicle that the Dark Knight used in the comics between 1987 and 1992.

In an interview with Empire, Matt Reeves stated that his intention with the look of the Batmobile is to show a Bruce Wayne with the ability to build a car from scratch.

“The Nolan movies set up the Batmobile as a tank, which was a brilliant idea. But I thought, ‘Wouldn’t it be great if this guy is a loner and a gear freak and designs these things himself, taking parts from other cars and car kits?’ So this time it is recognizable as a car. But it’s like a muscle car. One that he himself has made”.

The Batcave, closer to reality

The Batcave is another of the neuralgic points of Batman is the Batcave, whose first version in the story was a kind of modest office with a desk, a filing cabinet and the presence of bats, which impacted Bob Kane, who included it in the Gotham City Watcher canon as of Detective Comics #83.

Another of the details of The Batman that draws attention is the appearance of the Batcave, which is more like a workshop set up in the facilities of an abandoned railway station.

Read:  poster and video where Kevin Feige gives us a clue about his origin

“The new Batcave is based on a secret underground railway that still exists in New York… The idea is that some of these rich families had private train cars at the turn of the century. So the Batcave is actually in the foundation of this tower. It was a way of saying, ‘How can we root all these things into things that feel real, but also extraordinary?’”.

The Batman, the most anticipated movie of 2022

Two years of roaming the streets as Batman (Robert Pattinson), striking fear into the hearts of criminals, has brought Bruce Wayne into the shadows of Gotham.

With only a handful of allies, Alfred Pennyworth, James Gordon, among the city’s corrupt network of officials, the reclusive vigilante has established himself as the embodiment of revenge among his fellow citizens.

When a killer targets Gotham’s elite with a series of sadistic events, a trail of clues sends the world’s greatest detective on an investigation through the criminal underworld.

The premiere of The Batman in movie theaters in Mexico is scheduled for March 3, 2022.

You can also read: The Batman: New images reveal the Batcave

Batman: Ego and Other Stories, a work that brings you SMASH and DC Comics Mexico

A Batman book like no other, conceived by a master storyteller, Batman: Ego and Other Tales brings together the magnificent and moving stories of the Dark Knight, created over a period of more than a decade by award-winning writer and artist Darwyn Cooke. .