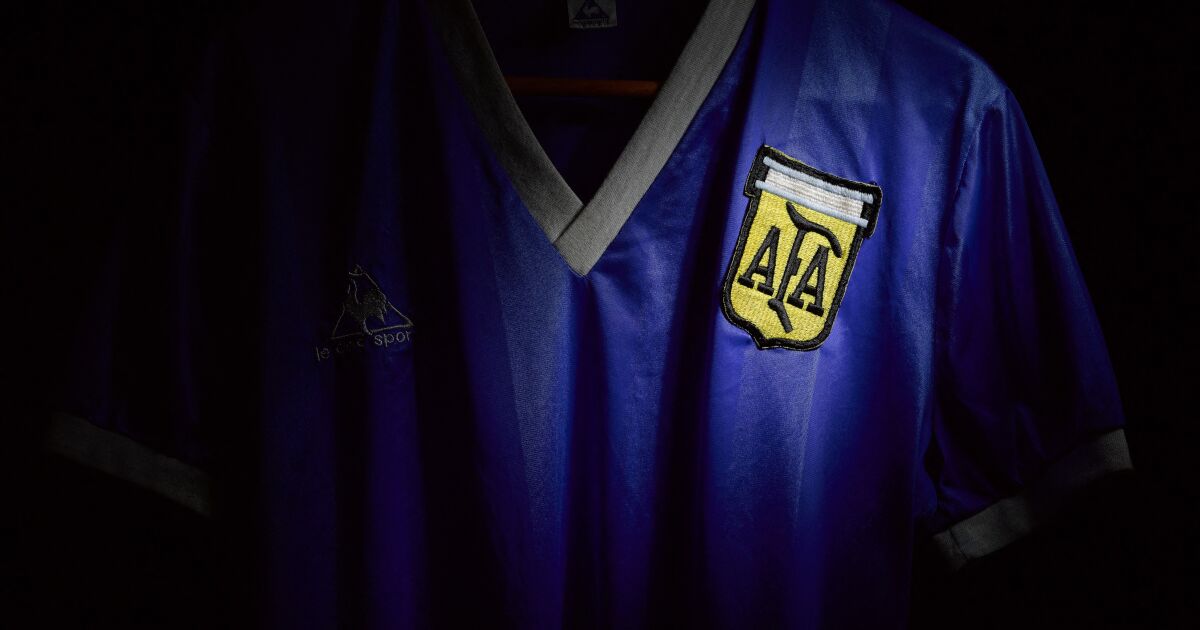 Former England footballer Steve Hodge, has declared himself the owner of the jacket for 35 years after he exchanged his with Diego Maradona at the end of the legendary match in which Argentina won 2-1 with Maradona’s goals that made history.

This former player thinks he has my dad’s second-half jersey, but it’s a mix-up

“This former player thinks he has my dad’s second-half jersey, but it’s a mistake, he has the first-half. We wanted to clarify that so that people who want to buy it know the truthDalma Maradona told a television channel.

The blue jersey with the number 10 on the back It will be offered at auction by Sotheby’s.. It is expected to get more than five million dollars for it.

the jacket It is considered one of the most emblematic of footballsince Maradona used it in the game in which he scored the so-called “hand of God” goal and that other extraordinary one that left five rivals on the road and was considered the “goal of the century”.

Asked about the fate of the supposed original shirt with which he scored those goals, Maradona’s daughter preferred to keep her identity safe. “My mother does not have it. I am not going to say who has it so as not to expose that person. We can only confirm that she is not the one they are auctioning,” she assured.

Read:  Red Bull will achieve its great goal with a huge evolution in the Spanish GP

The Dalma Maradona’s statements were refuted by the auction house. “Indeed there was another shirt that Maradona wore in the first half, but there are very clear differences from the one he wore when he scored the two goals,” a Sotheby’s spokesman said.

“Before putting the shirt up for auction we made a scientific inquiry to be sure that it is actually the one he wore in the second half when he scored the goals,” he added.

For 35 years Steve Hodge has said that he exchanged shirts with Maradona at the end of the game and for the last 18 years it has been on display at the National Football Museum, In England. “Nobody until now had said that this is not the correct shirt,” said the Sotheby’s spokesman.