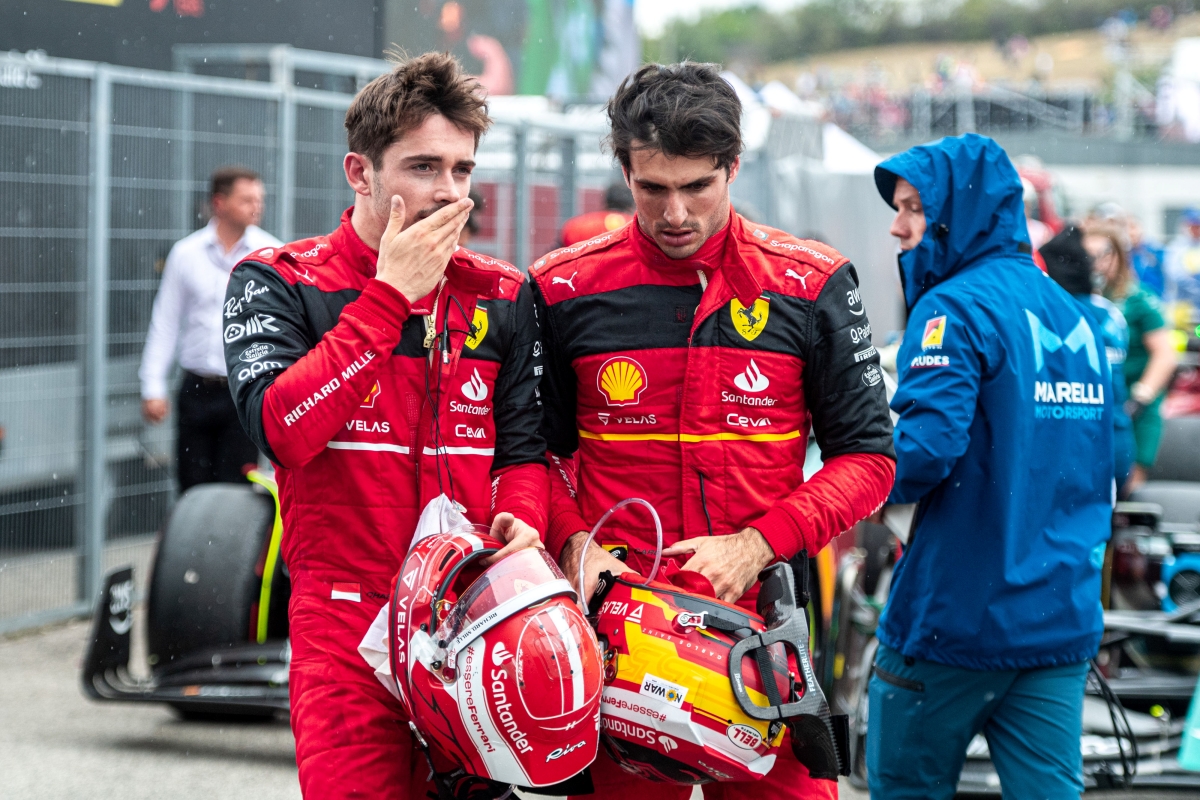 Ferrari has a very fast car this year, but also a fragile one. In addition, the team is not yet mature and makes mistakes. However, both Charles Leclerc and Carlos Sainz are reacting perfectly to adversity, says Laurent Mekies.

The 2022 season of the Scuderia Ferrari It’s being the closest thing to a roller coaster ride. The F1-75 has proven to be an extremely fast and competitive car. And the engine is largely to blame for this, although it has also generated multiple reliability problems that have thrown away a few victories and podiums.

Ambitious drivers tend to take disappointment hard when they realize they have a car capable of winning the championship. However, both charles leclerc What Carlos Sainz They are managing frustration very well.

Index hide
1 Positive attitude
2 The strategy and the engine

At least that’s what he claims Laurent Meckies in statements to Racingnews365.comacknowledging that “with these two boys we have had very good results and also very painful situations this season.”

“And in both ways, in both directions, when they go back to the garage and see what has happened, they are able to restart, to go into learning mode after practically 15 minutes»says the Ferrari sports director.

It is true that both have shown their differences with the team and also anger at times on the radio during the races, but the French engineer points out that “you have to separate that from what you can hear on the radio, in the heat of the moment, when they are running with a high heart rate. I think they are two different things.”

“When they get out of the car and analyze everything, after one hour they return to analysis mode and show few negative emotions, no negative emotions. Instead, you can see that it drives them to even greater motivation,” reiterates Mekies.

Read:  Quarrels between Bagnaia and Bastianini for the future lineup of Ducati

The strategy and the engine

Many analysts point to the strategy and the engine as the main weaknesses of Scuderia Ferrari, but Mattia Binotto defends his team and its approach for this season.

“First of all, I think there is always a way to improve, you can’t be perfect and you never will be.. I have no doubts about the need to always progress, we need to improve the aerodynamics, the chassis, the power unit, the strategy and all the aspects that can be improved”, begins by saying the Ferrari director in statements to motorsport.com.

“That said, I think I have a great strategy team and I don’t think that’s our weakness.”, qualifies Binotto. “It was considered that in races like Monaco, Silverstone or Paul Ricard we had problems on this front, but I don’t see the group as a problem, because I think we have also made the right decisions.”

«Silverstone and Paul Ricard: from my point of view I think they were difficult decisions, maybe unlucky, but not always wrong. So I don’t think it’s our weakness right now », he insists.

In the 13 races held to date, Carlos Sainz has suffered four abandonments, to three by Charles Leclerc. Of all of them, three have been due to engine failure and one due to hydraulic failure.

Despite that, Binotto defends Ferrari’s aggressive approach to engine development this season. “I don’t think we pushed too hard because you never have enough performance. But, certainly, we prioritize performance over reliability”.

“We pushed the limits of performance beyond what a normal reliability plan would have been, as we knew it would be important to close the gap with rivals before freezing the engines for four seasons. Reliability issues can always be resolved later,” Binotto concludes.