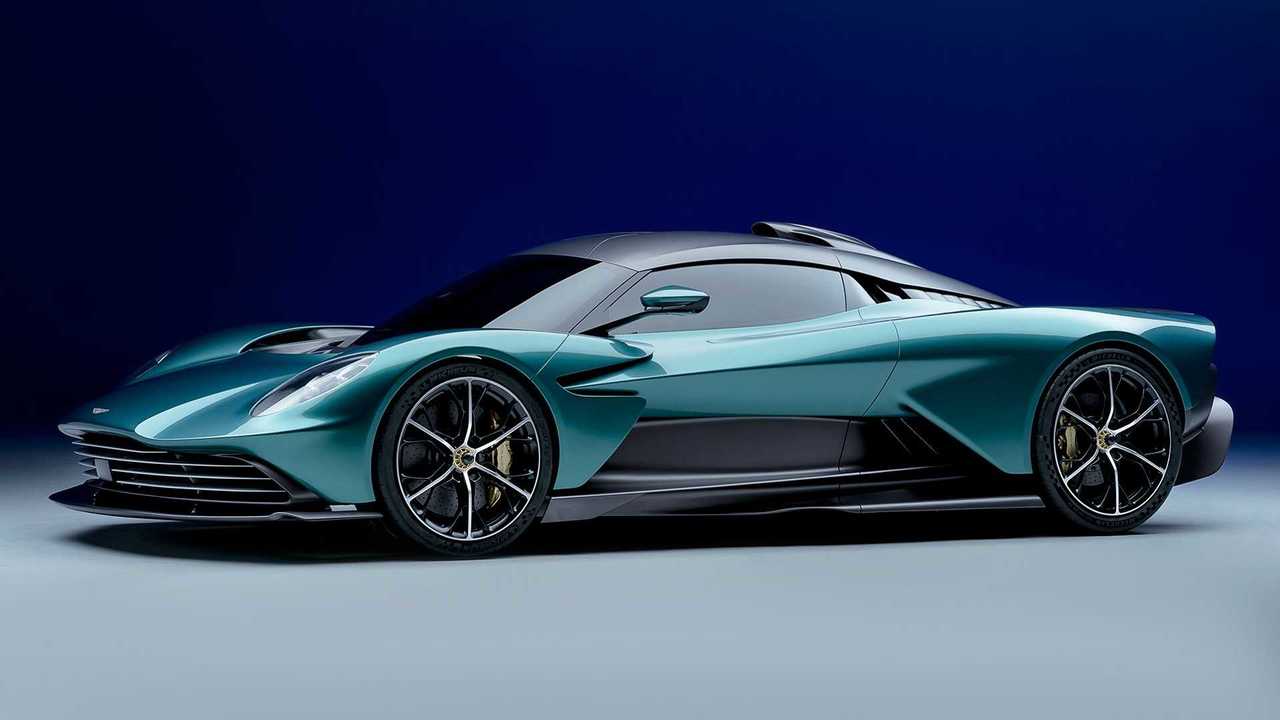 The Aston Martin Valhalla has been officially presented in its production format and with interesting changes from the first declared specifications. In addition to various cosmetic touches, instead of the announced V6, its hybrid scheme will use the same 4.0-liter twin-turbo V8 from the Mercedes-AMG GT Black Series with an output of 950 hp.

The British firm has finally unveiled the final production variant of the Aston Martin Valhalla and although it does not have too many apparent changes, The truth is that in recent months the project seems to have taken a turn very important, because the specifications revealed today by the company are very different from those initially announced.

In principle, the Aston Martin Valhalla was going to mount a hybrid scheme composed of a totally new 3.0-liter V6 TM01 and twin turbo engine developed by the company itself, which was to be associated with 2 electric motors and whose total power was never revealed. . However, the company has decided to eliminate the new V6 block, despite the fact that it was officially presented at the beginning of last year 2020.

Instead, the Aston Martin Valhalla will ride a 4.0-liter V8 flat-crankshaft twin-turbo that, although it has not been confirmed in the press release, it is evident that it is an engine from Mercedes-AMG. Due to its characteristics we suspect that it is the same V8 that the Mercedes-AMG GT Black Series mounts, because in addition to its main characteristics, the Valhalla engine shares with this a maximum speed of 7,200 rpm. This block delivers under the hood of the Mercedes sports car model 730 CV, although at the moment the exact power figure of the Aston has not been revealed, but it should be very close to that figure.

In Valhalla, this mechanic will continue to be part of a hybrid scheme that has two additional electric motors that are located on both axles and that add an additional 213 hp (157 kW), so the total combined power announced by Aston Martin is of 950 hp or 937 hp and a maximum torque of 1,000 Nm.

At the design level, we found some changes with respect to the prototypes and scale models that we had seen so far, although the new mid-engined Aston Martin Valhalla is still a kind of little brother to the Aston Martin Valkyrie, of which inherits much of its bodywork and therefore its elaborate aerodynamic study developed by the great Adrian Newey. So we can expect it to be a great rival for models like the Ferrari 296 GTB or the Ferrari SF90 Stradale, since both are hybrids but the Aston Martin has a power figure that leaves it halfway between both.

The aesthetic novelties are found throughout the body, such as the new louvered front grille, imitating the shapes of the Vantage grille, the new definitive optics or the aerodynamic kit, which is capable of generating loads of up to 600 kilos at 240 km / h and that includes a new front splitter, flaps on the sides and an integrated rear spoiler. Like the monocoque chassis, the entire body is made of carbon, so the weight of the model is quite contained, despite being a hybrid, marking only 1,550 kilos.

The advertised yield is 2.5 seconds to complete 0-100 km / h and a maximum speed of 330 km / h, although the most interesting thing is that Aston Martin announces a time of approximately 6 and a half minutes to complete a lap of the Nordschleife track from the Nürburgring circuit. Achieving this would make the British sports car the fastest new production vehicle on that track.

Ferrari changes Sainz’s engine, which is close to sanction

THE TRUTHS ABOUT SALT