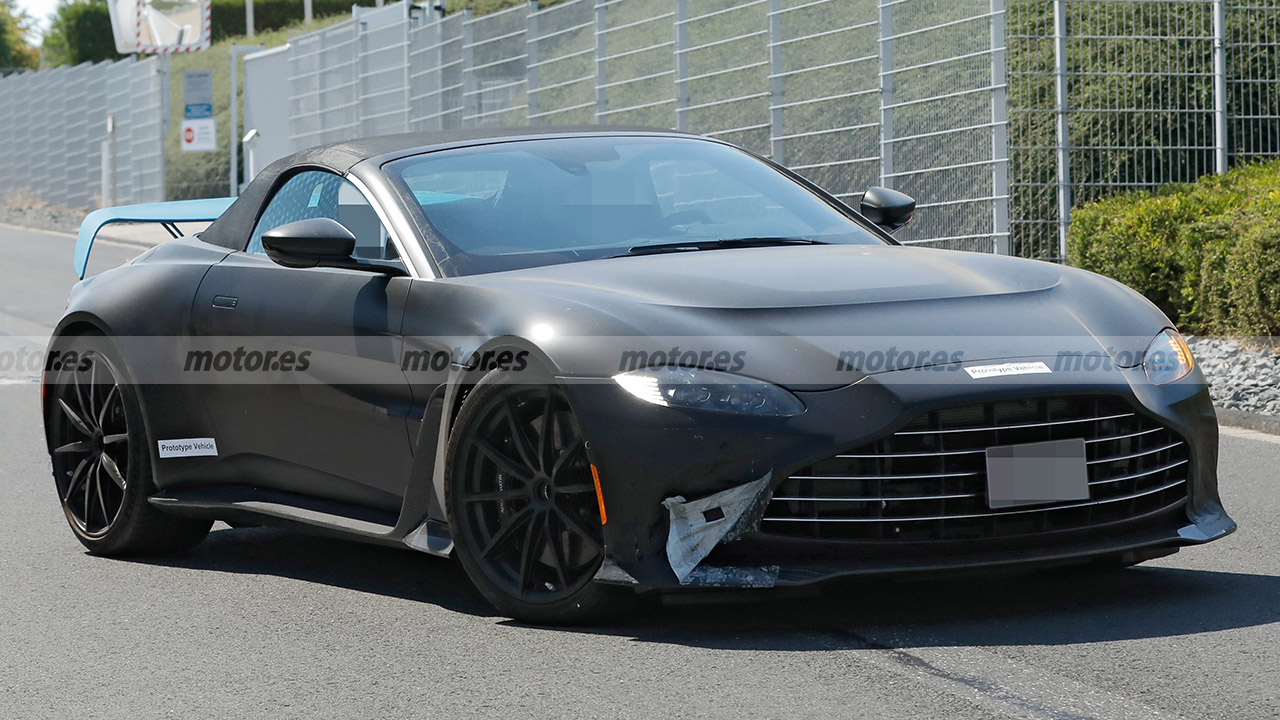 Aston Martin is working at full capacity in the development process of the convertible variant of the V12 Vantage. The new Aston Martin V12 Vantage Roadster has been photographed in broad daylight virtually free of camouflage. A sighting that ratifies how advanced the project is.

The entrance on the scene of the new
Aston Martin V12 Vantage It has generated a lot of expectation. Aston Martin has decided to say goodbye to an era in style. One was marked by the internal combustion engine and, in this case, by the V12 engines. With limited production and high performance, this version crowns the Vantage range. Now, there will be an alternative to the coupe-type model.

Our spy photographers have stumbled upon the new V12 Vantage Roadster sporting a minimal amount of camo. A sighting that has taken place in the vicinity of the Nürburgring track and that fuels the information that points to a debut just around the corner. Camouflage is present on the front bumper. And as you can see, in general terms, there will be hardly any aesthetic differences between the two bodies.

Read:  The prototypes of the new BMW X1 M Sport 2023 are uncovered at the Nürburgring

Regarding the mechanical section there will be no surprises. The “heart” of the new V12 Vantage Roadster will be a 5.2 liter V12 petrol engine which develops a power of 700 hp and 753 Nm of maximum torque. An engine associated exclusively with an eight-speed ZF automatic gearbox and a rear-wheel drive system with a mechanical limited-slip differential.

The benefits are at the moment unknown, although we can take the V12 Vantage as a reference. A model that, let us remember, is capable of accelerating from 0 to 100 km/h in less than 4 seconds and reaching a maximum speed of 320 km/h.

The debut of the new Aston Martin V12 Vantage Roadster 2023

When will it be revealed? Current reports indicate that the new V12 Vantage Roadster will live its debut in society in just a few days. More specifically in Pebble Beach. Taking into account that the production of the V12 Vantage was limited to 333 units, it is not ruled out that the same thing happens with the convertible model.