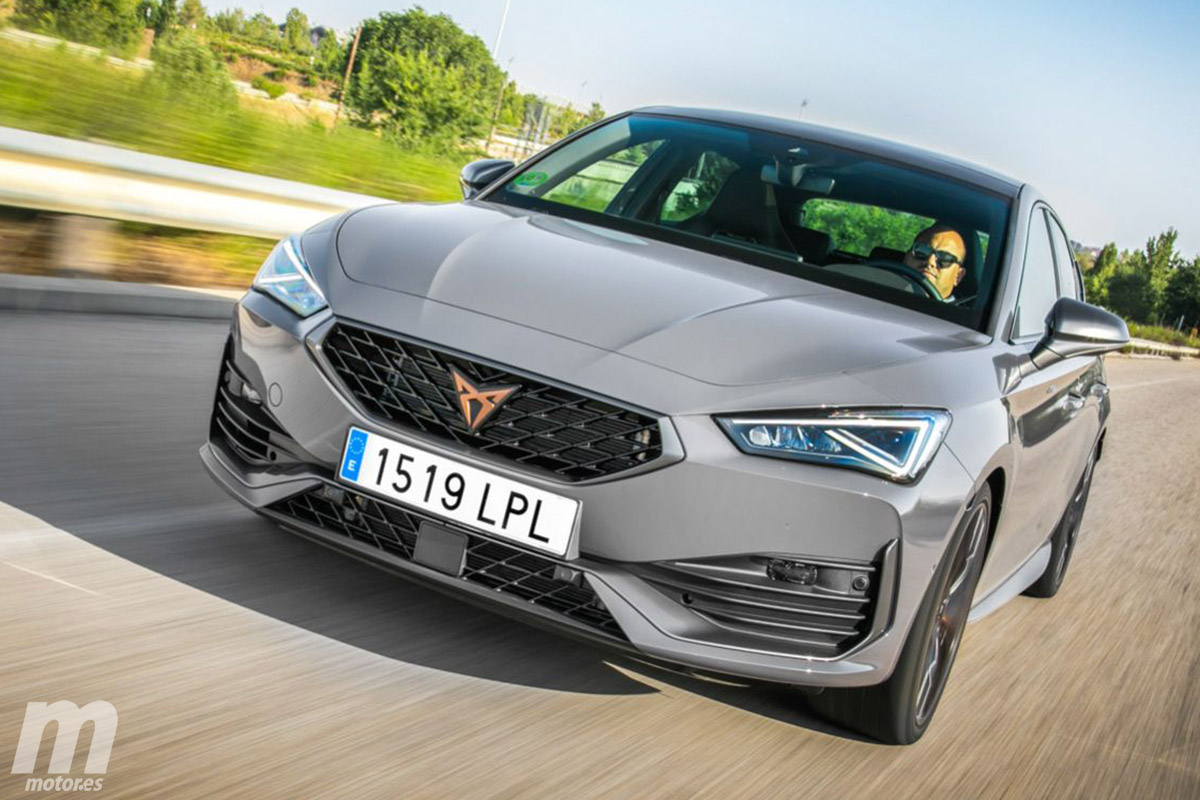 The CUPRA León has debuted the 150 hp 1.5 TSI petrol engine. An access engine that allows the sale price of the CUPRA compact to be lowered. Unfortunately, the arrival at dealerships of the Leon with the 150 hp engine is bad news for the SEAT brand.

CUPRA has made a very important decision that will mark the commercial future of one of its most relevant models. The CUPRA Leon is making its debut. The range has been expanded with a new and interesting engine. A mechanic that comes to occupy the access step to the offer and that has repercussions that go far beyond the model itself. They also affect SEAT.

The CUPRA León has debuted a 150 hp 1.5-litre TSI petrol engine. A mechanical option that will be available, according to the specialized media self-express, in the United Kingdom. At the moment it does not appear in the CUPRA configurator. However, it will not be the only novelty that will allow the León range to be expanded in this market that is so relevant to the brand.

The CUPRA Leon range is expanded with a 150 hp engine

In the British market, the access version of the CUPRA León is fixed (for the moment) by the 245 hp plug-in hybrid engine (PHEV). The 204 hp plug-in hybrid version that we can find in Spain is not available. In any case, the arrival of the 150 hp gasoline engine will have several consequences. The first one is a reduction in the selling price of the Leon.

The CUPRA compact starts at £33,100 (€38,525). The brand hopes that this price adjustment will boost sales and, above all, consolidate it as a clear reference in its competitive segment. A category that, in British lands, is dominated by the Volkswagen Golf.

Read:  "Not everything is good"; Colombian points out the bad thing about living in the USA

It should be noted that the León will not be the first CUPRA model to use this engine. The CUPRA Formentor has been available for a long time with the 150 hp 1.5 TSI engine and it is a sales success. The basic motorizations of the Formentor concentrate the bulk of the registrations. The 150 hp Leon will be offered with a six-speed manual transmission or a seven-speed dual-clutch DSG automatic transmission.

Video comparison of the CUPRA León with one of its rivals, the BMW 1 Series

The 150 hp CUPRA León is a new thrust for SEAT

At first, it is conceivable that this decision by CUPRA to expand the León range with a basic access engine should not have consequences for SEAT. But the truth is that the reality is quite different. This is the other great consequence of this change that CUPRA will make in its compact car. Clearly in the spotlight is the SEAT León.

The SEAT Leon is also marketed with the 150 hp 1.5 TSI engine. Therefore, if the price difference between the two is not excessively large, it will mean a hard thrust for the SEAT model. Moreover, the model and brand run the risk of relegating to the background in the competitive C-segment. All this despite the fact that, at the moment, it is unknown whether this mechanical option will come (or not) to the CUPRA range in Spain.

This is not the only novelty that CUPRA will soon introduce in the British market. The brand will also add the 2.0 TSI 190 hp gasoline engine to the offer. A block that, due to performance and features, is not available for the SEAT Leon.