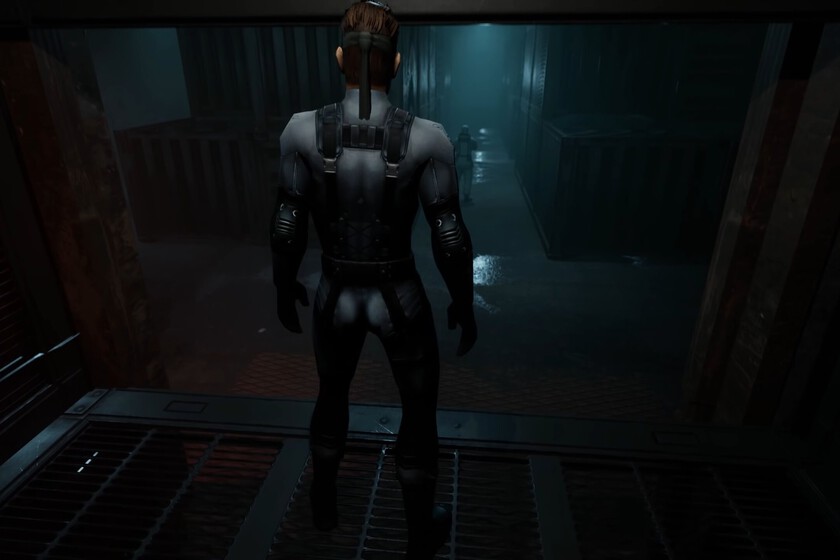 When it comes to choosing legendary moments in the history of video games, we have a lot to pull from. The moment of saying goodbye to Aerith in Final Fantasy VII, the first look from link’s hill in Zelda: Breath of the Wild… and prominently featured is the Metal Gear Solid franchise.

Hideo Kojima’s saga has iconic scenes through a tube, but many will surely fondly remember that first arrival in Shadow Moses with Solid Snake infiltrating the Genome Soldiers after being thrown from a submarine and sneaking into the elevator. Now, this first contact has been recreated in Unreal Engine 5.

The author of this little project is the Just An Idea Studio channel, using own tools of the Epic Games engine, such as Nanite and Lumen. This first zone is totally recognizable, with the enemies making their rounds in case any spy tries to infiltrate.

Solid Snake’s modeling is not the same as what we could see in the PS1 original, although that was originally the intention. However, the result on the screen was not convincing, so it was replaced by that of Metal Gear Solid 2: Sons of Liberty, whose beard and hair were trimmed.

Best of all, Juanma, an indie video game developer, explains step by step in the video how he managed to make this little remake. Playing the title for the “twenty-third time”, he realized that he himself could carry out a major facelift at the first metal gear solid.

While we wait for a new game in the series, Konami is busy making NFT auctions, where he has already managed to raise a few thousand dollars.

What is Gomasio and what are the health benefits of this trendy Japanese seasoning?

Rumor says the RTX 40 series would be “monstrously” big

we copied her last look in full