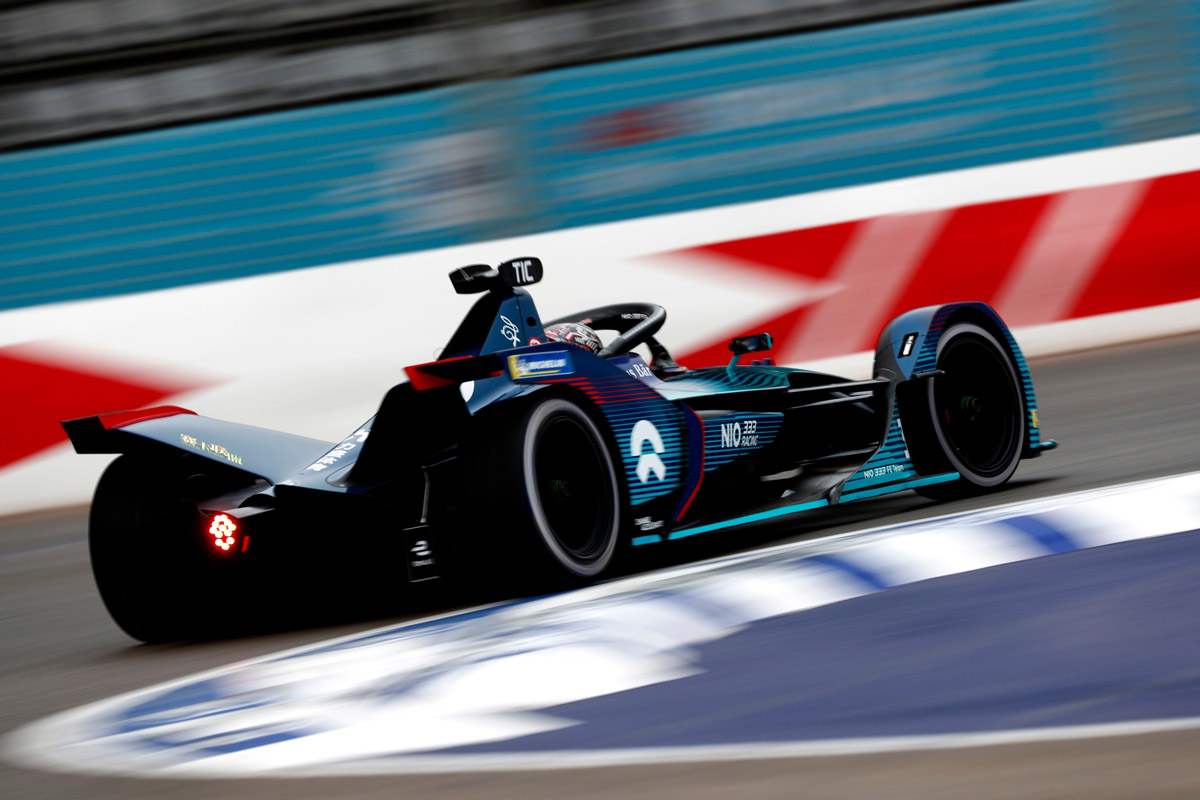 The Anglo-Chinese NIO 333 team has set itself the goal of reaching the top of the Formula E grid within four years. From the team they know that miracles do not exist and abandoning the red lantern of the series will not be easy.

NIO 333 is one of the smallest teams on the Formula E grid. Far from the enormous deployment of manufacturers such as Porsche, Jaguar, Nissan or DS, the Anglo-Chinese structure has a more humble project, even though they compete under the name of NIO, a Chinese company that designs and develops high-performance electric vehicles. In fact, the team can almost be considered a signature project.

It should be remembered that NIO 333 is born from the roots of China Racing, a team that was renamed NextEV and that later came to have the commercial support of NIO. However, it is an independent team that was operated by Campos Racing at the time and that after a change of owners now he pushes to leave the last positions of the Formula E grid.

NIO 333 has yet to define its line-up for the 2022-23 season: Sérgio Sette Câmara is the only confirmed driver

Under the management of Vincent Wang, NIO 333 has unified its base at Silverstone, space from which all aspects of the project are managed. A giant step within the work plan of the team and the short and medium term objectives of the structure. Goals that go through confirm their driver line-up and continue development of their ‘Gen3’ in the coming weeks, but that they gain in ambition for future seasons.

In fact, NIO 333 has set itself the goal of become one of the top three teams in Formula E within a maximum period of four years, starting from the base offered by the new ‘Gen3’. The new ER9 ‘Gen3’ has been tested in Varano and Mallory Park in recent weeks and the truth is that the first sensations within the Anglo-Chinese team are positive.

With the debut of the ‘Gen3’ and the signing of Sérgio Sette Câmara, the team wants leave the bottom of the grid after finishing in the 2021-22 season in the penultimate position of the team table, with seven points. A first finish in which the second rider will have a lot to say that the team hires, still to be defined.

Read:  Investments prefer to reach the Bajío before the northern border due to availability

In this sense, Russell O’Hagan As deputy director of the team, he sets the first goals: «Some time ago we aimed to finish in the top eight of the team championship last season. We were ninth, but there was potential for more. With everything, we want to see ‘Season 9’ as the first step in a four-year plan. The ultimate goal is to be one of the top three teams for Season 12.”

“It may sound ambitious, but it’s only limited by practicalities and we’ve mapped out every step of the way. Achieving that level of success requires resources, management, time and perseverance.. There are no shortcuts or magic solutions, hence the plan is for four years »added the person in charge of NIO 333.

In his first season with his own and complete technical development of the car as 333 Racing, the important thing is to build a good base: «It will not be easy, but we can achieve it if we keep the focus and the right direction. Season 9 is about gaining confidence, showing higher performance and delivering what our partners expect, as well as attracting new supporters to join this journey.”

Meet the two new Spanish astronauts: “We dream of going to the Moon, but we will not reach Mars”