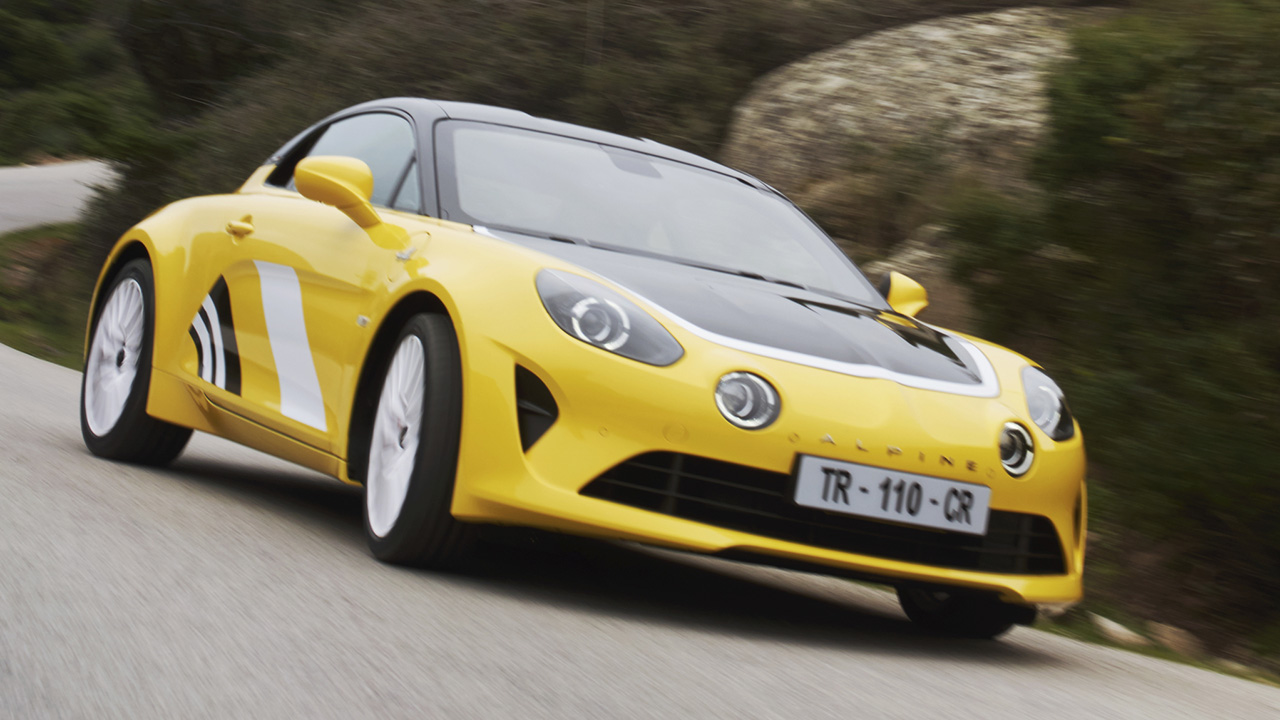 Alpine has presented the umpteenth limited edition of its very interesting sports car. The Alpine A110 debuts the Tour de Corse 75 edition. A version that, in addition to offering a plus of exclusivity, recalls the past of the French brand associated with the world of competition.

The Alpine A110 is premiere. Alpine has presented the umpteenth limited edition of its very interesting sports car. The French brand follows the strategy of developing special and/or limited versions with the aim of boosting sales of the only model that makes up its range. Now the new edition Tour de Corse 75 must focus all our attention. And it allows us to remember the past. A past associated with the world of competition.

This limited series has been designed with rallying in mind. And more specifically in the so-called “rally of 10,000 curves”, the Tour de Corse. The new Alpine A110 Tour de Corse 75 take over from a mythical vehicle. The A110 that participated in the 1975 Tour de Corse, one of the most emblematic events in motor sport, and rallying in particular. This test was integrated into the French Rally Championship in 1967.

The new Alpine A110 Tour de Corse 75 edition is a quickly recognizable pattern. Just take a quick look at the images that illustrate this article to discover what the distinctive features are. The body is painted in a striking yellow color. A hue that contrasts with the black hood and roof. A two-tone decoration that is complemented by decorative elements in black and white.

The “Tour de Corse 75” signature makes an appearance on the left front fender and is accompanied by a motif on the doors and a white line running along the edge of the bonnet. The number 7 has also been integrated into the rear door as a reference to the rally “berlinetta” of the time. And as if that were not enough, we must point out the 18-inch Grand Prix wheels in bright white. Rims that reveal the orange Brembo brake calipers.

Leaving aside the exterior, if we go inside the limited edition Tour de Corse 75, the first thing we will find are some Sabelt Racing bucket seats. The name of the limited edition has been embroidered on the seats. In addition, they can be optionally equipped with competition harnesses. In the central console, next to the USB connections, there is an identification plate with the number of units. By the way, this version has the new Alpine multimedia system with Android Auto and Apple CarPlay connectivity.

The engine of the new Alpine A110 Tour de Corse 75

Regarding the mechanical section there are no surprises. The limited edition Tour de Corse 75 is associated with a 1.8-litre TCe four-cylinder petrol engine which develops a power of 300 hp and 340 Nm of maximum torque. A block associated with a seven-speed dual-clutch automatic gearbox. The power is sent to the rear axle.

The new A110 Tour de Corse 75 combines agility and performance thanks to its chassis and engine. It is capable of accelerating from 0 to 100 km/h in less than 4.5 seconds and reaching a top speed of 250 km/h.

When will it hit the market? Everything is ready for the landing of the new limited edition of the A110 in Spanish dealers. The reservation book is already open. Alpine has confirmed that the sale price is set at € 81,900. The first units will be available before the end of this year. Production, as we have previously pointed out, will be limited to 150 units.