Bullfrag
Home Technology Smartphone The alliance between Kodak and OPPO will have an exclusive version of... 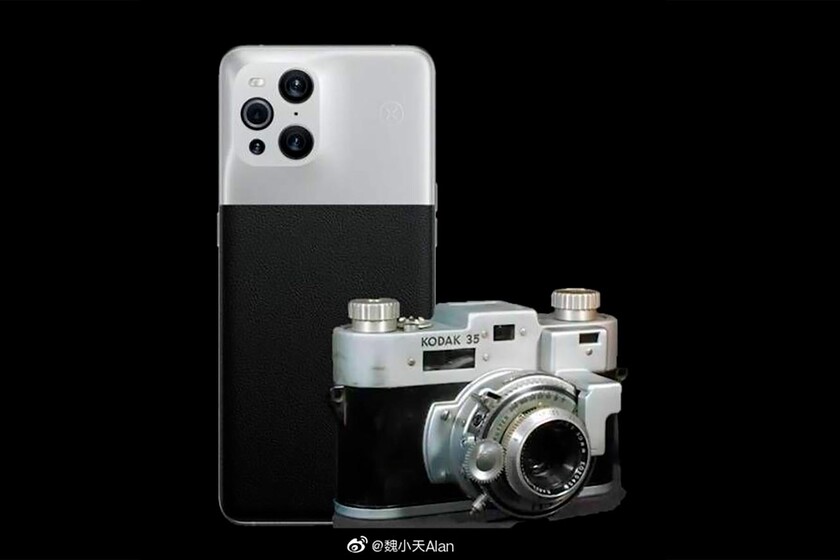 After a first leak that anticipated an alliance between Kodak and OPPO, now we get the first images of the phone that would debut the agreement: as some Weibo users showed, the Chinese brand would have a special edition Kodak OPPO Find X3 Pro ready. With a new design and inspired by the classic cameras of the legendary photographic brand.

The explosion of analog photography with 35mm film elevated Kodak to one of the seemingly untouchable empires. But of course, with the popularization of digital formats the reels and their development ended almost in the anecdote; which diluted the presence of Kodak, unable to adapt to the most modern cameras, especially mobile phones. Since Kodak is instantly associated with photography, OPPO seems determined to highlight its best phones with this brand. The first would be almost ready.

It is not official yet, but all seem to indicate that OPPO would be seeking the support of a recognized brand in the photographic field in order to highlight their best mobiles. Huawei did it with Leica, for example; OnePlus decided to partner with Hasselblad to boost the processing of the OnePlus 9. Kodak would not be a bad contribution for OPPO smartphones.

At the beginning of September we already knew the contacts between Kodak and OPPO in order to enhance the mobile cameras of the latter. We do not know if Kodak will provide hardware and / or processing to the mobile phones of the Chinese companyBut we do have pictures of what the deal would entail in terms of exterior design.

As has been leaked on the Weibo social network, OPPO would be about to present a exclusive edition of its latest higher category mobile, the OPPO Find X3 Pro. This edition would be signed by Kodak and would offer the exterior look and feel of a classic analog camera: double rear finish with black imitation leather and metallic look in gray.

The two leaked images show a redesign of the OPPO Find X3 Pro and the realization that it would be identical in hardware to its predecessor. Since the anticipated mobile would be the first fruit of the agreement between the brands, More likely, future Find X families will include more Kodak-signed enhancements..

As always with leaks, we must keep in doubt the collaboration between Kodak and OPPO: Although the rumors are well founded, until the brands present their products it is best to keep the news in terms of speculation.

Koenigsegg Gemera: the hybrid car with a three-cylinder engine, 4 seats and 1700 horsepower