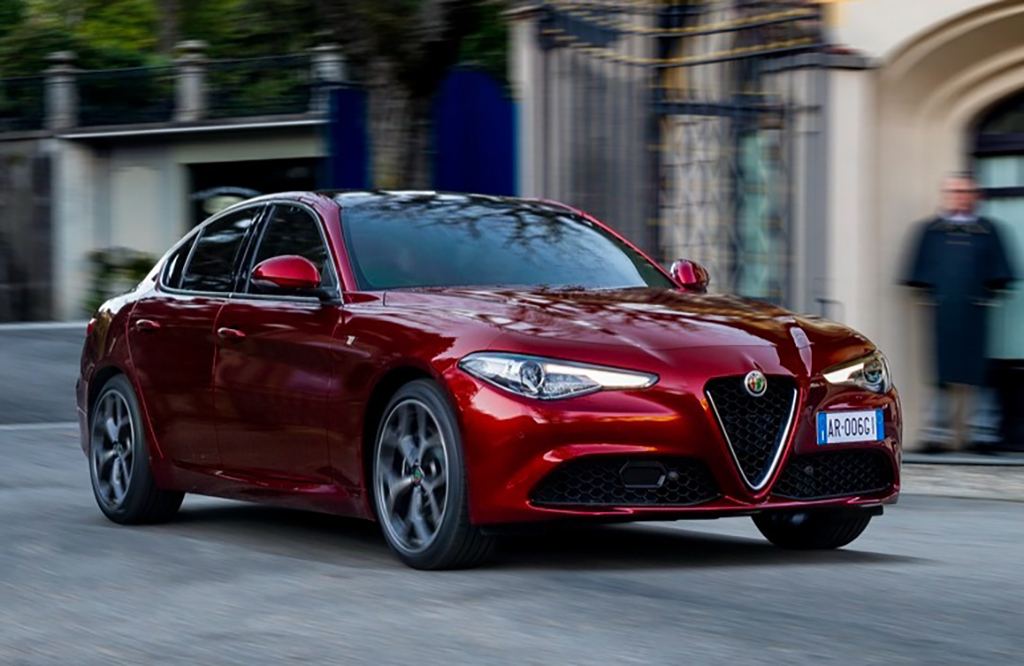 The special edition “6C Villa d’Este” also comes to the Alfa Romeo Giulia. The luxurious and sporty Italian saloon climbs positions with a more sophisticated image and a more technological interior, establishing itself as a true top of the range. Only available in Italy, gutter with very suggestive details that give it a unique style.

The great moment of the Alfa Romeo Giulia is getting closer and closer, as in a few months the update of the commercial life cycle that the Italian brand has prepared for the model, one of the firm’s great insignia, will be revealed. Like the Stelvio, which will also undergo a facelift, the saloon joins the new special edition «6C Villa d’Este».

Alfa Romeo has bet heavily on the three volumes, providing an extra sophistication that they put to the Giulia 6C Villa d’Este at the highest level of the offer, with a more luxurious interior finish. On the outside, the model is presented with the body painted on the exclusive “Etna Red” metallic color with a greater elegance, if possible, while the sporty touch is provided by the new 19-inch cast aluminum wheels in five-twin-spoke design and with a chrome finish.

Inside, the dashboard is covered in leather and in two tones, the lower part in beige, and the upper part in black, with contrasting white stitching and the engraving with the name of the special edition. In addition, an embroidered silhouette in red recalls the inspiration in the exclusive post-war sports car, the 6C 2500 SS Villa d’Este. The seats are upholstered in leather, albeit beige in color, with the headrests sporting the embroidered ‘Biscione’ emblem and the legend ‘6C Villa d’Este’.

Read:  The black future of the Ford EcoSport far from Europe

In its equipment there is no lack of details nor an arsenal of technology in the form of driving safety assistants. The Giulia 6C Villa d’Este has a rear view camera, front and rear parking sensors, a wireless charger for mobile devices and a self-closing boot lid, among other elements.

The Alfa RomeoGiulia 6C Villa d’Este It is offered with two different engines to those of the Stelvio 6C Villa d’Este, to choose between the powerful 2.2-liter diesel with a maximum power of 190 HP or the 2.0-liter turbo gasoline that reaches 280 HP, both versions associated with the change eight-speed automatic with satin aluminum paddles behind the wheel.

The NSA gives important tips for surfing the VPN