The album of the World Cup in Qatar 2022 Panini goes up in price, this costs to fill it 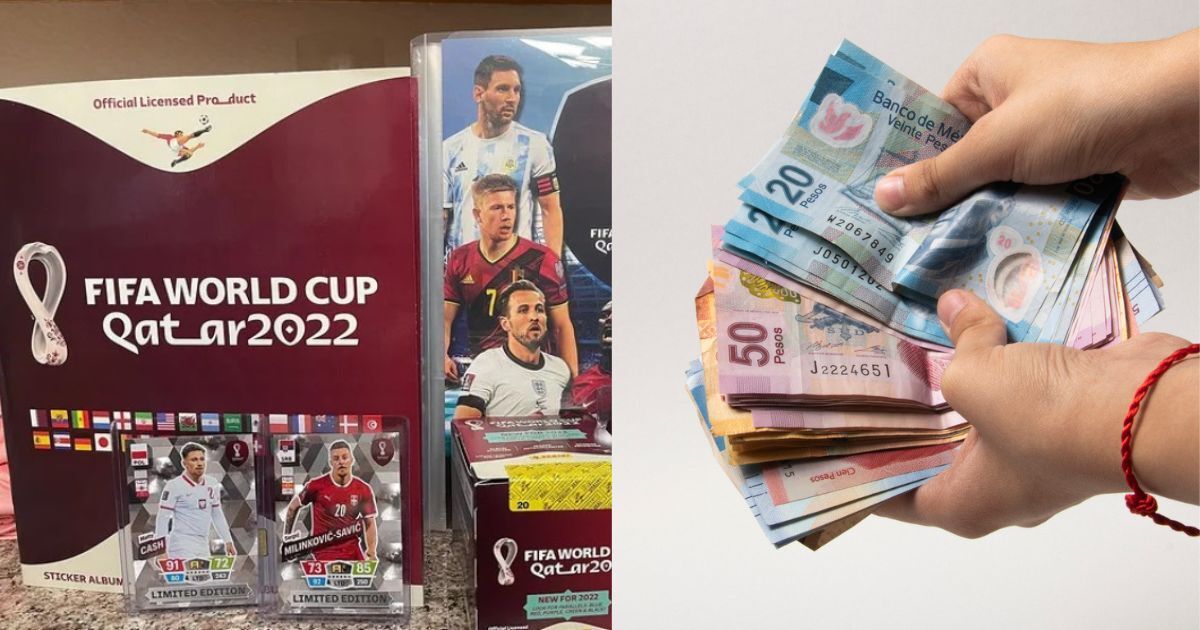 How much did the World Cup album go up in price?

In Argentina, the fans are worried because they can’t find the World Cup cards in the traditional newsstands or kiosks. In fact, some report a shortage of booster packs with player prints.

This is because, according to the Unión de Kiosqueros de la República Argentina, Panini stopped giving preference to traditional stalls to channel sales through department stores and large supermarkets.

But the discontent is greater among collectors due to the increase in the prices of the stamps and the album. To the already painful inflation that Argentina suffers in various basic products, there is a 1000% rise in the price of stamps from Qatar 2022 album.

“For some it will be the figurines. For us, the plate of food,” said the vice president of Argentine newsstands, Ernesto Acuña, for channel A24.

In Argentina, according to the specialized site Registered Marketing, the envelope of “figurines” from the Panini Russia 2018 Album cost 15 Argentine pesos. Four years later, the Qatar 2022 album envelope costs 150 pesos, that is, an increase of 1000%. The album went from costing 50 to 650 Argentine pesos.

These increases occur in the context of high inflation in Argentina. In July 2022 alone, year-on-year inflation was 71%. Also, in June 2018, the exchange rate in Argentina was around 28 pesos. And, in July 2022, the official price of the dollar was $129.25. Thus, the prices of all products have had to be adjusted taking into account all these factors, including the Panini album.

Read:  The 2nd season of 'The Wilds' repeats with an even crueler premise

For Mexican collectors, the Russian 2018 album Starter Pack cost 1,400 Mexican pesos, this package included a hardcover album and an envelope with 100 stamped envelopes.

Mexico too experience historical levels of inflation at least not seen since December 2000. And, according to the inflation calculator of the National Institute of Statistics and Geography, from July 2018 to July 2022 prices have generally risen by just over 23%.

How much does the Panini Qatar 2022 album cost?